Review of The Leader and the Led 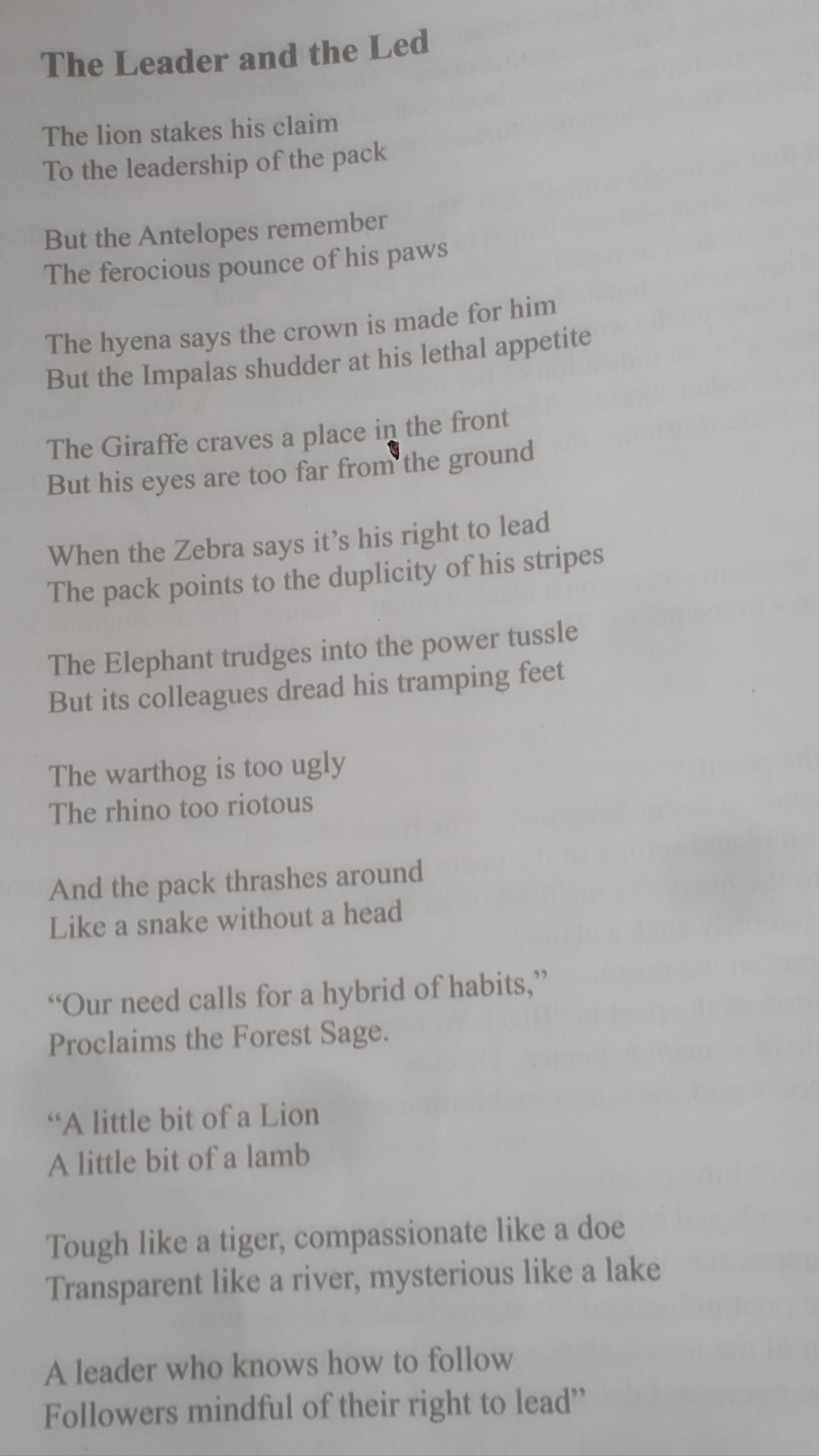 Picture of the poem taken by me

The Leader and the Led is a poem written by Niyi Osundare (A Professor of English at the university of New Orleans, USA).

The poet emphasised on what is expected of those who lead and those who are led by using the animal kingdom as illustration.

The poet started with the issue of leader among the animal living in the forest; where the likes of Lion, Antelope, Hyena, Girraffe, Zebra, Elephant among others, expresses their desires of being the leader and the qualities they possessed to be the leader.

In this poem, the poet envisage the perfect quality of a leader or what a community needs in terms of leadership, for example, considering the following lines in the poem;

My view or thought about the poem is the fighting for power in our society among people without even knowing what its takes to be leader. Most people believe that money, good education, good manifesto is all they need to get people convinced or to succeed in the office. Thus, the quality of a leader is beyond all those qualities mentioned.

The last two lines of the poem said it all about the type of leader will head our society, a leader of good characters (not a man who can only gives order but also follows)

Though, the setting of the poem is the forest, it portrays the political activities in man's world as well.

The poem is interesting, educating and realistic.
You can read it poem via