Review Jah Bless Me; a song by wizkid 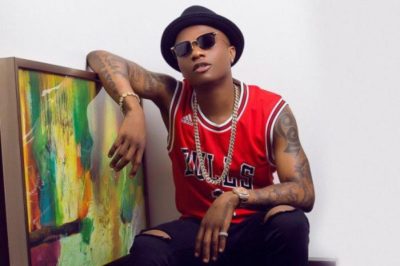 "Jah bless me" is a song sang by Ayodeji Ibraheem Balogun (wizkid). The song was produced in 2019 by KillBeatz.

Wizkid basically glorify God for what he's done in his life and his fan - stating the vibes in his shows and the turn up of his fans in the party.

After listening to the song for several times, i discovered that wizkid uses the track to gear up people about their way of life, to act accordingly to some things happening in their community especially in the government sector.

Wizkid, at the last part of "Jah Bless Me" uses the lines to message the youth by stop causing nuisance, unnecessary fight but to face the real fight/challenge and tackling every problem diligently and appropriately; also not to lose hope but to wake up and claim what is theirs.

The song worth listening to, over and over, not just because of the vibes or sound waves but to make use of the hidden lesson in it as a source of inspiration for tackling some of the difficulties we are facing in the community.

Wizkid mood must be sorrowful while composing "Jah Bless Me" by emphasing on Government and People in the track; he must have had little idea about the Governments way of living, how they are glowing with public funds without considering the condition of the masses.

I hope this song wins awards because it's not just a track but a message which will definitely have impact on some youths souls; for them to revive this generation.

Whizkid is a tallented Nigerian music act. But he carries a negative bag of being a 'snub' . I think he should work on this aspect of his social relationships!!

You are right sir...some fans see snub as "class" but i see it as pride. Nevertheless, i enjoys listening to his song.

Hello, @odeis. Thank you for using realityhubs. I've listened to a few musics produced by Wizkid. I like and dislike some. However, I agree that this musician is indeed talented. That said, I have a few suggestions for you to help you improve your reviews. Majority of the suggestions can be found here and I encourage you to give that article a read. Lastly, always include a link to download or buy the music you review. This makes it very easy for your readers to follow.

Again, thank you for using realityhubs and I look forward to your next review.

Yea....thanks for the comment and the lesson. I will surely read the link.