The basis of Suicide. 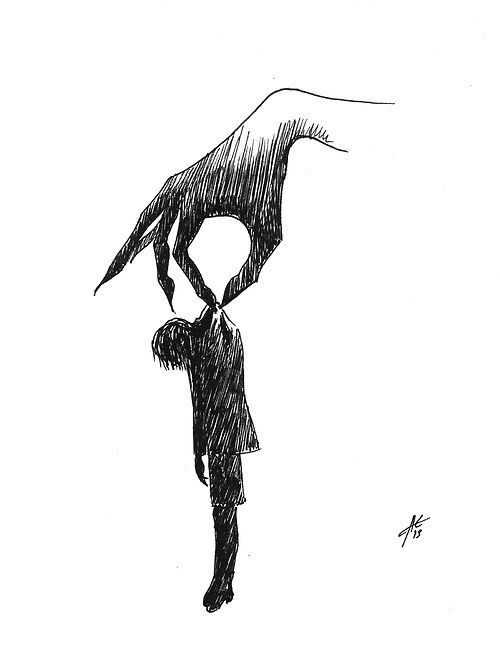 Suicide is a social phenomenon present in different historical periods, cultures and social groups. These circumstances, along with biological and psychological factors, have significantly influenced and affect the motivational and mental states of the perpetrator of suicide. Therefore, apart from the individual psychological level, this phenomenon is necessarily observed in a historical perspective with the analysis of social and cultural processes affecting its smaller or greater occurrence. In other words, the roots of suicide due to their complexity can not be fully analyzed if not learned from different scientific perspectives.

Suicide is a serious but also interesting social phenomenon. People are the only living beings who are aware of their limited existence due to the developed consciousness. It has been topic presented in numerous philosophical and literary works and also a subject of study of various scientific disciplines such as anthropology, sociology, psychology, medicine etc. Although the issue of suicide is a rather complicated topic I will try to summarize and emphasize the most important.

Depending on certain historical periods, the perception and evaluation of suicide has changed. While this act in some periods and environments has given the epithets of honor and courage, in other periods and environments, it is equated with the grave crime, cowardice, egoism and the process of the unworthy human being. In some primitive tribes, suicide is almost unknown act, while in others is has become a social norm used in solving some problems or even a religious act.

For instance Eskimos during food shortage would make suicide in order to help the younger members to survive, similar to the ancient peoples (for example, Vizigoth and Tracana), who perceived the suicides of the elderly as the right to a dignified death before becoming helpless and immobile.

Historical examples indicates on social justification and for other reasons. The Gala servant could not outlived his lord, and in India, the women after the death of her husband would be buried with the husband's body. By contrast, in ancient Greece, suicide is considered a constituent part of the rights, freedoms and dignity of every human being. However, it was not just an act of individual decision, full freedom and personal dignity, but it was also linked to the decision of the Senate, which made the final judgment.

In the early Christian different suicide was not condemned. Moreover, many Christians commit suicides as martyrs because they believed in the passage of life and bliss after death. The formal attitude of Christianity remained the same until the Middle Ages when it began to change. For example, Aurelio Augustin in his work De Civitate Dei condemns suicide, equating it with murmured and considering both the same crime. Since than, official attitude of Church has changed. Suicides were extradited from the Church and also prohibited to have a decent funeral.

Very soon it has become a component of Cannon Law. Such views gradually begin to change in the period of Renaissance and Enlightenment. At the time of the French Revolution, many theorists accepted the view that suicide was the result of misery of individuals or the charge of the existing social order. From the period of the French Revolution to the present, there is a much more tolerant attitude to suicide in Western civilization than in the Middle Ages.

Social Factors and its influence on People

Also, it is well known that suicides are more frequent in larger cities, and less frequent in smaller towns and villages. The reasons for this are various, and the main concerns are the increased degree of social control in smaller places and villages, as well as a greater degree of solidarity and a more developed communication between neighbors. In other words, the city is not a suicidal factor itself, but it is a urban way of life that hampers social communication and social integration. Due to that kind of lifestyle people started losing their purpose, they distance from their friends and close ones soon becoming lonely and disorientated, seeking their way out in drug and alcohol.

Being part of some group is essential for every individuals, regardless them being introvert or extrovert. Some scientific studies showed, against a laic expectation, the suicide rate decreases during the war, and increases in the post-war period. This phenomenon is most often explained by the fact that during the war society is more integrated (people feel tired of pride and love for homeland), while after the war usually there are economic and social crises (many people are left without homes, interrupted social networks and the like).

Suicides are more common in times of major economic crises, and stagnate in times of economic progress. This makes sense to me, because todays financial crises and debt slavery are on its peak. People are only struggling to survive and pay only essential needs and yet can't resist the system . It's fucking frustrating to work every single day and still don't be able to afford vacation, travels or day off so you could take some time for yourself.

As noted, the phenomenon of suicide due to its complexity is necessarily analyzed from a multidisciplinary perspective. In a different perspective, the central interest of work is focused on the sociological point of view and will be more prominent than others. Apart from sociological, emphasis has also been placed on other related scientific and psychological views on the phenomenon of suicide. In this article the focus I put on the sociological aspect of suicide in the basics I will try to explain the psychological context. Although it is worth mentioning that the concept of suicide can be observed from other scientific and cultural views, but I will leave it for another opportunity.

Before you diagnose yourself with depression or low self-esteem, first make sure that you are not, in fact, just surrounded by assholes.

The Psychodynamic view is primarily based on Freud's theory. Freud (1961) has put forward two hypotheses of suicide. According to the first, suicide is an attack on a loved one with whom an individual has identified and lost, and therefore is unconsciously the murder of a loved one. The second hypothesis is based on the view that life is governed by two instincts - the Eros or instinct of life and Thanatos or instinct of death, which are in conflict with one another. If the instinct of death overwhelms the instinct of life, a person commits suicide. However, Jung (1973) does not accept Thanatos thesis and sees suicide as an act of illusory self-indulgence. Suicide is the death of Ego who has lost contact with reality and has to experience reincarnation. In seeking the cause of suicide, it also relies on the interpretation of dreams.

Solidarity is, literally something which the society possesses.

Emil Durkheim laid the foundations of a sociological approach to suicidal phenomenon when he published his suicide study. He considered that suicide is not an individual act alone, and that sociology can explain the aspects of suicide that psychology can not. According to him, suicide rates and various types of social context are interrelated. Suicide is linked to the degree of social integration by increasing disintegration leading to a greater number of suicides. Using a comparative method, he tried to establish correlations and observe patterns that would reveal the effect of causative relationships in suicide rates. First, he wanted to show that suicide rates were relatively stable in certain societies over certain periods. He found consistent variations in suicide rates among different groups of the same society and suicide rates were more predominantly Protestant than in Catholic countries. In addition, he found that married people are less prone to suicide than single people, and more educated than those less educated. He also found that a low suicide rate was associated with political earthquakes and wartime.

Based on an analysis of the relationship between suicide rates and a number of social factors, Durkheim has defined several types of suicide. The first type is egoistic suicide, resulting from insufficient integration of individuals into social groups and the wider society to which it belongs. This type explained the discrepancy between the suicide rates of Protestants and Roman Catholics. Namely, the Catholic faith more strongly integrates its members into the religious community, ie, it has stricter control over the conscience and behavior of its members, while Protestantism encourages its members to develop their own interpretation of religion. This type of suicide was also associated with family relationships. He noticed that unmarried men and people without children are less integrated into married and those with children and therefore have less responsibility for others, leading to an increased tendency to selfishness and a higher suicide rate.

Another type is anomalous suicide, which prevails in industrial societies. This type of suicide occurs when society is poorly regulated by the individual, or when breaking down traditional norms and values due to rapid social changes that lead to social guidance for individual behavior becoming more vague and individuals becoming more insecure. Suicide rates are increasing during the period of economic depression, but also economic prosperity.

Based on insights into different aspects of the social phenomenon of suicide, it is obvious that this is a problem with a historical, cultural, scientific, religious and global dimension. That is why it is difficult to argue about it from the perspective of just one perspective, because we must face the selectivity of the view. Therefore, i stated only a few of them which I find most interesting. I'm hoping for universal happiness where suicide will not be part of our vocabulary and that eventually we will be good place to live on. Cheers