Smart Dust - How it works? 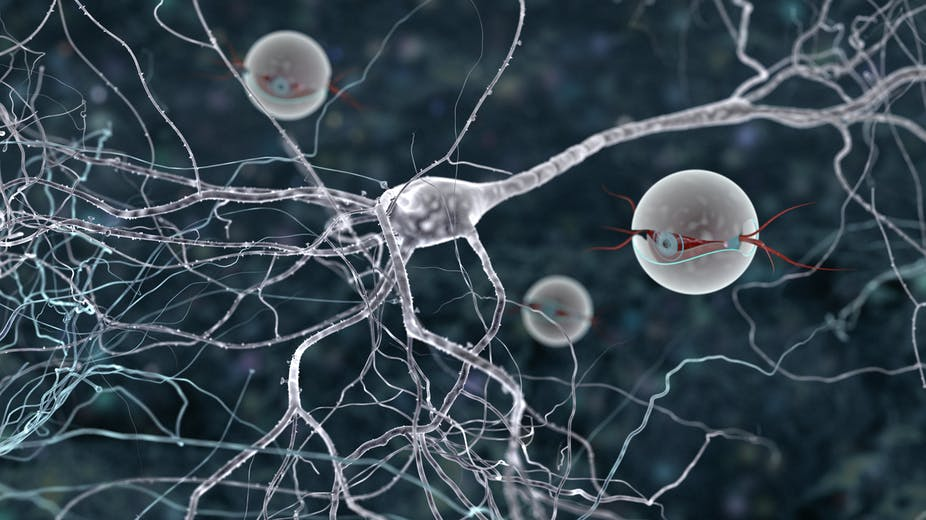 Smartdust is a system of many tiny microelectromechanical systems (MEMS) such as sensors, robots, or other devices, that can detect, for example, light, temperature, vibration, magnetism, or chemicals. They are usually operated on a computer network wirelessly and are distributed over some area to perform tasks, usually sensing through radio-frequency identification. Without an antenna of much greater size the range of tiny smart dust communication devices is measured in a few millimeters and they may be vulnerable to electromagnetic disablement and destruction by microwave exposure.

So called smart dust and nanotechnology have been develped for military purpuses over a decade ago. Today, it is beeing used for civil "needs", mainy as sensors or as a particles which are able to improve material properties. The MEMS are divided into 2 parts; Sensors and Actuators. Sensors gather information from the environment while acurator are able to execute commands. These small sensors have simple function, they are powered by UV rays or environmental energy, giving 3D radar images of people, objects and terrain. Due to ther small dimensions, they can easily penetrate into the interior of buildings, so it is pretty hard to two defend ourselves against spying. Most likely data is not emitted untill "they" decide to activate it by specific frequency and signal. Thus, chemtrails release such particles, including many others that negatively affect human health.

The special version of MEMS are called "JAM" , which are exclusively used for monitoring and controlling weather conditions. Better than satellite or radar, these small devices can provide the current state of weather. One of the predetermined functions of the nanoparticle is to administrate or transport "drug" thrugh the body to a precisely defined point, since the small dimensions allow to break through any possible protective mechanisms of human body.

According to most recent scientific studies nanoparticles could be hundred times more toxic than the worlds worst pesticides. Today, we can detect smart particles in our room, check the video below.

This video has been published on Youtube almost ten years ago. We can only imagine what kind of weapons do they possess these days.

As already mantioned, using smart dust provides 3D radar display of air, terrain, interior of buildings and people themselves. Technology can early detect the movement of enemy troops, launching missiles, invisible planes and simular. I will try to give simple explanations on how they have resolved the issue of dimensionality, communication and energy.

Today, the World is governed by psychopaths and mentally disturbed persons, which have been deprived of any empathy and compassion towards the other beings.
Those fucking rats do not have problem using humans as a test subjects for various biological, chenical and other weapons. They have the capability to kill thousands of people any time without any consequence.

However, I think the greatest form of resistance movement is to stop being slaves to the ruling oligarchs. We shouldn't allow them to have any benefit from us, i know it is hard to realize and accept the truth, but we need to make a fucking changes unless you wanna raise your kids in this fucked up world. Based on a long-standing experience in manipulating human beings and controlling human psyche, the ruling oligarchy is aware that any successful fraud must be of enormous magnitude, must be visible to everybody, irresponsible, and more reluctant to human life and human values at all.

The best way to hide something is to let everyone to see it. Today we are witnessing mass indoctrination and propaganda which is making people think that chemtrails are something normal. Even NASA has been involved in this propaganda campaign. I hope people will wake up and begin acting against such authority. The photography above is original one, taken few days earlier. Now, tell me does this shitt looks normal to you? Be guided by your inner truth and you will end this illusion!