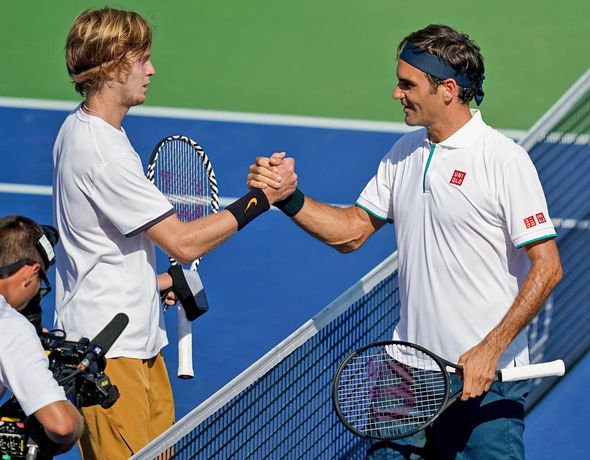 Tennis superstar Roger Federer has been defeated very badly, this is the first such bad defeat of Roger inside the Cincinati Masters Tournament, which in 10 years, Federer has never seen such a defeat, it is being told that only 61mins The match was over in minutes and Andrey Rublev, who defeated Roger Federer, proved that by winning both Talent and Courage together and with restraint, every big blossom Zee can be defeated and can even go above that match, yes it has happened, no one had any idea that this kind of match was going to happen and Roger Federer got the match in

Image Source
just 61 minutes. Andrey rublev 3-6 4-6 will win this match easily and they have won a huge victory which everyone is unprivileged and congratulate such a player who has such a high level See the player beat in a match like this. Tennis is a game and it keeps winning. We should not disappoint anyone. Roger Federer is one of the greatest players in his place andrey rublev from his early career in this If they have come in the game, they should be congratulated a lot, rather than be disappointed and make objectionable comments on them, it should be avoided. Both of our best players Must be respected

Hi ochies, did you know you can also view this post on Steemie?

I'm a bot, if you do not want these messages under your posts - just reply STOP :)