my study about the logical mind 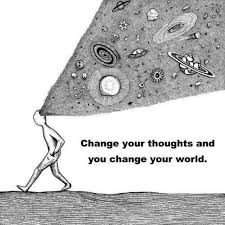 Logical mind
Understanding the mind is very complex attitude.Logical mind is hard to understand because it’s comprised with perception, knowledge and power but how people understand is how they take it to be and that’s why life should not be blamed but should be taken as how it is because its infinite.

Human mind depends on the state he is. The of meaning life will never define human but the state he is in will always define what life is, let’s put an innovator developing an idea he or she will put his concentration and energy to give it form of life. So understanding human mind perception, concentration and energy has to be reviewed and understood
Let me talk about energy, perception, concentration because they are responsible for the logical thought.
Energy is ability to do work according scholars definition one thing you should understand energy is never lost but its transformed into a different object but mostly energy is transferred to the area of life were concentration is alarming. What does it mean you to keep your energy in the area you want it to be? When you're taking energy away from something or someone that you love to invest it somewhere else, you really have to ask these business questions on what’s my return on my investment is. I don’t mind giving you a bit on my energy, but I want to know what you're going to do with it. If you're going to waste it, then I'd rather give it to the people and things that I love. Once you start taking that perspective, we're able to firstly manage your energy, not you'll find this that you'll have a lot more energy throughout the day. Making conscious choices throughout the day of where you're choosing to invest your energy.
We should understand that time management is not always the format of life and we shouldn’t put more of our focus in time, but truly on energy management. The number one target for energy vampires are entrepreneurs. They're like the number one food source for energy vampires. The 2 reasons for this: One is that entrepreneurs have the ability to take nothing and create something. Right? That's what entrepreneurs are. Another thing that entrepreneurs can do is actually perpetually solve problems throughout the whole day. That's what energy vampires are looking for. They're looking for someone who can create something in their life from nothing and solve all the problems along the way in the process of creating that something.

IF you're an entrepreneur, you have to understand that when energy vampires … You have to understand that energy vampires can smell you out in a crowd. They'll come straight for you and they will ask for your energy. There are certain tools that you can use or techniques that I use myself to protect myself. The one simple one that you can do … As entrepreneurs, you probably know. A lot of people coming up to you asking you for advice if you're an expert in a particular field. "Never give free advice." That doesn’t mean you have to charge for the advice, but when you give advice, at the end of your advice, always give them something to do. Don’t just only give advice. Give them something to do. Give them a small simple task to do and tell them to go away and do this. Then if they come back to you 2 months later or 3 months later and ask you for more advice, the first thing you ask them is, "Have you done what I told you to do?" Ninety-nine percent of the time, the answer is no. They'll have some excuse and that's when you respond and you say, "I would love to give you the next piece of advice, but, unfortunately, it's totally dependent on the first part being done.
concentrationis how long you take or perceive in achieving something you want. Most of the people fail to achieve their goal because their minds are not tuned in the area they wat to achieve, it simply means doing one thing at a time. what happens when our minds are tuned into one thing at a time we develop a close relationship with our mind and our subconscious mind submit to the conscious mind, that’s most people develop faster than others.
The study of the mind
The mind has no manual but its built, Remember the mind is the battle field. When I say the mind is the battle field means it’s the arena of focus were we gather what we perceived into the subconscious mind. Our mind never gives as corrective response to information because the mind is (infinite) meaning its endless. But it’s the first step to uncorrected response thinking what the mind decides is based in the point of action mostly it’s the point of desire
The heart is a point of decision. Our hearts are selective it’s the point of intimacy
Concentration is the decision to forego other reasoning
How can someonebe a master of concentration?
I mostly argue concentration is focusing on thing over and over again so being a master of concentration is not a day achievement it’s a devotion with a positive mind to understand and achieve with success let’s give example Maye whether American kick boxer earns 9million dollar in 30 minutes, Hussein bolt world best 100 meter runners in 8 seconds earns 6 million dollars and that’s the fastest earning time they ever achieved. the secret is concentration they devote their hard time of trainingthoughttheir life time for 8 seconds

It would be a good idea to read and edit before posting. This is a good article but would be a lot better if it was easier to understand. Spelling, spacing, and punctuation are important.

thank you so much for you advice you inspire