Escaped death sentence for no crime 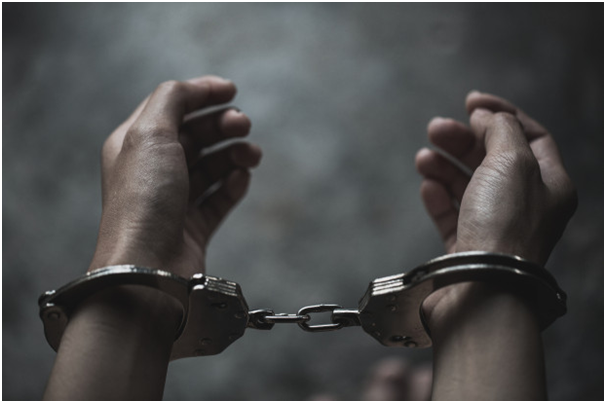 Escaped death sentence for no crime

In the year 2007 during the walk to walk campaign against the regime in power I happened to be one of the demonstrating angry citizen, fighting for the rights of my fellow countrymen. In the midst of the disastrous unlawful demonstration because the government was deaf and never gave as chance to cry our tears out. I remember we burnt everything we saw around, causing chaos just to create an alarm that we are really tired of crying
Unlikely the police body who were against the worst situation, to be frank the whole of demonstration was meant to be a peaceful one but in the end turned out to be hell. With bad luck I was spotted out of the angry mob and chased for arrest, I remember being fast enough than the police behind me unfortunately one of police in the midst of the run felt down and died mysteriously according to doctors who examined the decease,concluded he had died of high blood pressure and heart attack
Few weeks later I was arrested and charged for murder after several trial by the court of law for what I never thought of doing, surely to tell the truth I never killed the police man I argued to the court that the decease died in the midst of chasing me in fact I was running for my life. I never thought of being like this, a prisoner of no crime.

In the year 2009, two years after I was sentenced to life imprisonment for no crime, I remember shading tears and crying helpless after the judgement was concluded. to be sincere I was innocent but I will never forget the lawyer and judge who falsely accused me for the crime I knew not, what deeply pained me was seeing my loved ones, those who knew my case crying too, I remember seeing my relatives shading tears I spent those days crying ad weeping in fact I lost weight. Imagine being imprisoned for the rest of your life for the crime you never committed to make matters worse sentenced to death.

Life in the prison

Life in prison was never a wished place for anyone to dream off or even think of spending a night, I remember spending nights with empty stomach,beaten up by the angry prison guards’ admitted to the prison hospital several times, imagine in my first day I was stripped naked later own I was given some rugs to put on, sometimes I thought I was in a dream thinking when the day will break. Years after I got used up to the horrible situation mostly the meal, the black night of mosquitoes, the crying helpless person and the more painful situation which I won’t speak them out, “you will forgive me for that”. Time passed I got new friends both good and bad ones from my new home although it wasn’t easy.
Three years later I was elected the president of prisoner because they trusted me so much and that I was their voice, I was known in the prison for being strong hearted, talkative, fearless and also preacher of the good news maybe that why they loved me so much and I also smiled and gave back true love. I used to console the broken hearts, the worried and all the things that brought back hope.
Everyone in the prison knew I was innocent depending on my story but still I had no enough prove, I had privileges to interact with the prison wardens and also some politician who came to check on the situation of the prisoners and sometimes felt home again.
due to my good leadership. I was given my own private room;enjoyed nice meals separate from others in fact life changed miraculously although still in prison.

In the years 2015 after 9 years in prison I was released from jail after one of the politician whom I will never forget listen to my painful story and presented it to the president. He told me when his Excellency President listened to my story he felt sorry for me. Two days later I was released from the prison via the presidential order not only that, the president loved my story at the prison and gave me a post of the chief warden not only that I was hosted in Television stations, Radios still for the same story