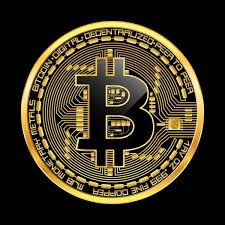 My fascination with bitcoin and open, decentralized protocols mainly revolves around the potential disruption that they will usher in on a global scale.

That innovative progress is hard to measure in days, weeks, or even months.

It is intangible, but it is very easy to measure when you look over years or even a decade.

Humans aren’t built to think long-term though. We are emotional. Each of us is susceptible to short-term sentiment swings.

We worry too much about things that don’t matter. We don’t care enough about the most important things.

This has been true for centuries and there is nothing to suggest it will change any time soon.

I frame humanity in this way because there is no better place to watch this in action than in the bitcoin market. It is one of the last remaining free markets in the world.

Governments can’t intervene and create more supply. It is just an open, decentralized protocol that allows anyone in the world with an internet connection to hold or transfer value without permission.

As the world works to price this asset in real time, there is going to be incredible short-term volatility. Normally, technological innovation like this occurs in the private market, which shields the technology from having any US dollar price associated with the asset on a day-to-day or week-to-week basis. Bitcoin is different though. It has had the US dollar exchange price available for everyone to see almost since day one.

This price volatility leads to significant shifts in sentiment. Sometimes this happens over long periods of time, but usually it can happen in less than 24 hours. If the price goes up, people are happy and exuberant. If the price goes down, people feel depressed and start wondering if bitcoin won’t be successful. Simply, human nature is at play.

Let’s use recent price volatility as an example. The digital currency is down approximately 20% in the last 36-48 hours. If you read Twitter, you would think that bitcoin went to zero. The bitcoin bears are celebrating like they won the Super Bowl and the bitcoin bulls are quietly waiting out the drawdown.

Price acts as a sentiment indicator. People are excited or nervous about some future event or outcome. But the data is quite compelling as to why these types of drawdowns should be expected.

If we zoom out on the chart, bitcoin is up more than 385% in the last 12 months. The asset is up more than 60% in the first month and a half of this year. Regardless of what date you pick before 2021, you would be holding an asset that appreciated in US dollar price if you held it till today. But the story of “bitcoin is up in price so relax!” is not exactly the most intellectually rigorous analysis.

If you dig deeper into the data, you quickly realize that bitcoin historically has moved upwards measured in thousands of percent in bull markets, yet there are numerous 20-30% drawdowns along the way. But guess what happens right after the drawdown, we move higher.

This has been true in every bull market since bitcoin was created in 2009. We can’t use historical performance to perfectly predict future performance, but what we can do is understand the way that market structures work. And the bull markets are driven by the bitcoin halving supply shocks every four years.

For 18 months afterwards, we see a repricing of the asset. As that occurs, it won’t be a straight line upwards. You get large moves, with small retraces, and then another move upwards.

Price is a horrible indicator of value. It is a great indicator of short term sentiment. Price can allow you to measure greed and fear in near real time. But don’t allow this volatility to affect you. The best investors in the world understand that they will outperform if they simply do the work, develop conviction, have the courage to act on the conviction, and then hold an asset for a long period of time.

They don’t trade. They don’t use leverage. They literally buy and hold.

Bitcoin is one of those assets where the outcome is going to be binary. It is either going to be worth way more in US dollar terms than it is today or it will be worth way less. There is nearly no in-between.

But as the law goes, things that are in motion tend to stay in motion. Barring any catastrophic external event, I anticipate we will see a continuation of the trend upwards over long periods of time.

I want to discuss one more topic before I let you go — tether.

There has been a highly controversial debate about the stablecoin for years. The bears were yelling and screaming that tether was not backed 1:1 to US dollars, that tether was printing unbacked stablecoins to push the bitcoin price higher, and that the organization was engaged in full scale fraud.

These individuals received even more attention when the New York Attorney General opened an investigation and ultimately charged Tether with wrongdoing.

The situation was settled this morning, Tether agreed to a $18.5 million settlement and admitted no wrongdoing (Source: GCX). My general take is that Tether did what every bank and central bank around the world does, but they were being targeted by a regulatory and law enforcement body that saw an opportunity to go after them.

Imagine if we investigated the Federal Reserve and elected officials for creating dollars out of thin air to push asset prices higher …. that would be impossible, right?! ;)

The point is that humans like to live in binary,

extreme versions of the world in their head. People were arguing whether tether would thrive or be shut down.

They wondered if the bitcoin market could survive tether’s demise. Some of these concerns were legitimate questions to ask, but most of them were just uninformed people trying to spin conspiracy theories to their advantage.

In the end, the world is not binary and it is rarely played out on the extremes.

Tether is a core piece of the bitcoin market. It is not essential to the survival of bitcoin, but it definitely is the most popular onramp for people looking to convert US dollars into the crypto ecosystem.

Now that the investigation and case are settled, we can get back to focusing on the real challenges that the industry faces.

We have to make bitcoin more usable. We have to educate people on why it is important. We have to get it into the hands of more people, especially the people who need it most.

Bitcoin has the potential to be the greatest savings technology in the world. From a technical perspective it is already there.

From an adoption standpoint we still have work to do.

The end state is a foregone conclusion in my mind — everyone in the world will leverage the decentralized, open protocol to store their wealth digitally and ensure it can’t be inflated away by the central bankers who have been using monetary policy to enrich the elites for the last 5 or 6 decades.

The world is changing. The people are conducting a peaceful protest.

Enough is enough. There is now technology available that will ensure your wealth is protected for generations.

Just zoom out, breathe, and remember that humans will be better off when they realize that short-term emotion and sentiment will go away.

As they say, this too shall pass.

Have a great day.

Pls what does this mean??