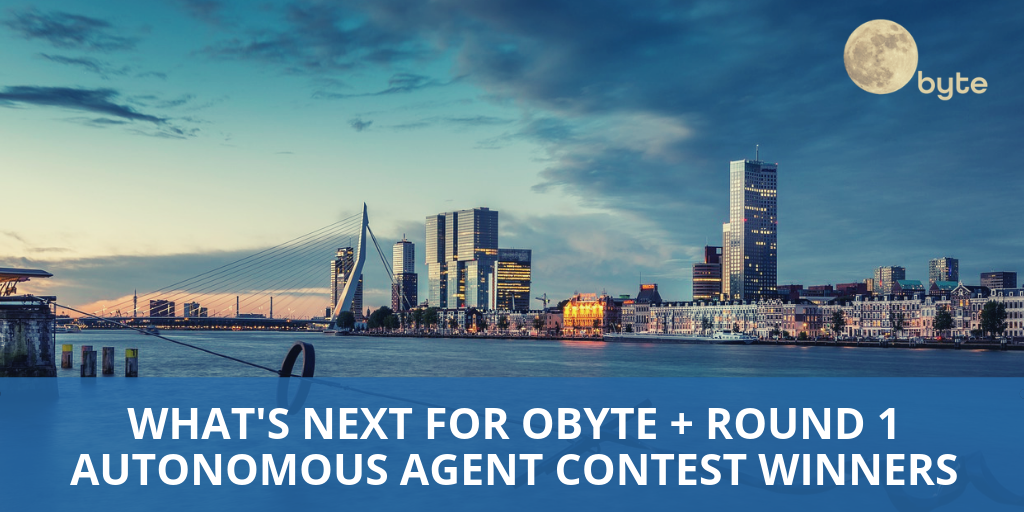 (Translations of the text below: Chinese 中文 Korean 한국어 )

We are changing the way we communicate our development and other activities to involve the community to a greater extent, which you can read about. In short, this means you will learn more about what we are working on as it’s being developed, rather than only finding out when it’s released. These announcements will come with the tagline, What's next for Obyte.

Developer Mikhail published the first announcement using this initiative with the news that contracts with arbiter will be developed. A contract with arbiter is a combination of a prosaic contract and a smart contract that actually locks funds to guarantee payment. Should a dispute arise, a third-party arbiter is there to resolve it. The entire functionality will be integrated directly into the Obyte wallets.

Mikhail did an excellent job of explaining the real-word problems that can be solved using such functionality, so if you only read one thing about Obyte this month, we suggest you read this.

The winners of the first round of the Autonomous Agent contest were announced. Five developers submitted six entries, and two tutorials were also created. The winners were as follows:

1st - A Simple DAO by Fabien

2nd - Bank With Secrets by Barborico

Those active in the community may remember that last year Barborico was a rather vocal critic of some aspects of Obyte, so it's refreshing to see him take 2nd place in round 1! One of the things that's clear from round 1 entries is that Oscript can be used to create rather advanced applications in very little time whilst using relatively few lines of code.

The deadline for entries for round 2 is August 18 - that's this Sunday. Around $11,000 worth of Bytes and Blackbytes is again available in prize money, so see the contest announcementfor details on how to enter.

As a new initiative in opening up and involving the Obyte community, we are introducing a bi-weekly radio show. The show airs live on YouTube, and an audio-recording will be made available as a podcast after every show. Listeners can also join the show directly on the Obyte Discord and participate with comments and questions in the designated channel. Episode 1 was aired yesterday, which you can listen to at your convenience.

We received a lot more entries than anticipated to the O summer photo competition. Over 70 photos were submitted, and a big thanks to everyone that took part. See the photos that won prizes along with honorable mentions in the winner announcement.

Chat with the chatbot to see why you should enter the Autonomous Agent contest - it’s not only about the $38,000 prize fund.