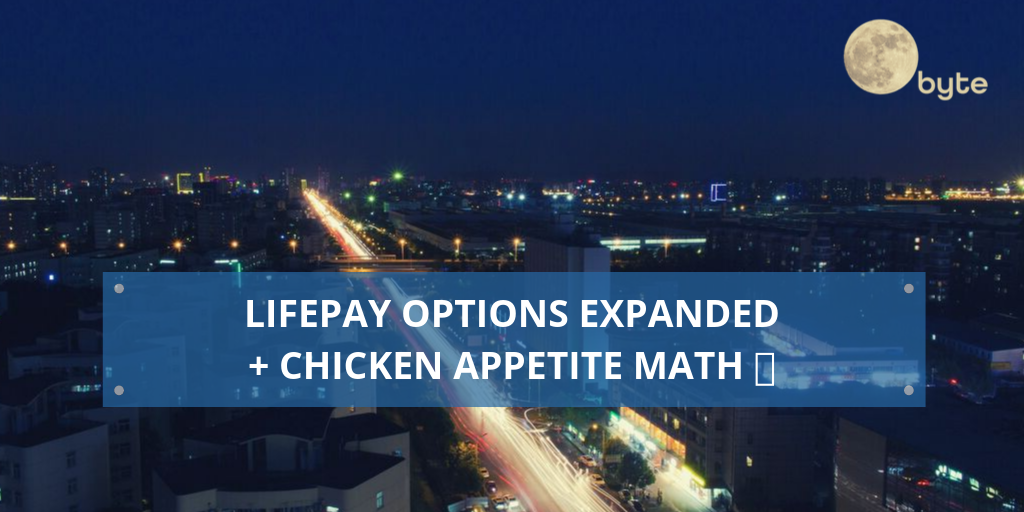 (Translations of the text below: Chinese 中文 Korean 한국어 )

Lifepay has increased the number of services that can be topped up using Obyte. You can now top up PetroChina accounts to put gas in your car, or China Mobile accounts to buy phone credit or data for your phone. A big thanks to developer Yuzhi Liu from the community in China and various other people for making this happen.

Reminder - Lifepay lets people use Obyte to top up their account with Chinese businesses, and PetroChina and China Mobile are two of the biggest! Read more about how this works.

Round four was a very busy round, as it contained entries from the previous round too. Entries are built on the testnet which has experienced various updates and improvements, but the deadline was probably too tight for participants to make use of various improvements. Hopefully future entries will make use of the added possibility to integrate websites or chat bots into their Autonomous Agents.

1st - Offer reward to get triggered in the future by hey_monkey

3rd - Red vs Blue by Whoisterencelee

The contest has been extended by two weeks, and only two more rounds remain. October 10 is the deadline for the next round. Around $7,000 worth of Bytes and Blackbytes is again available in prize money, so see the contest announcement for details on how to enter.

The project to build a wallet service and client library has been completed. The tools make it easier for application developers to build on the Obyte platform, even those people that are not too familiar with it. See the code on Github. A big thanks to Obbie geektau and anyone else that contributed to this.

Phase 1 of the grant to improve PolloPollo is nearly complete, its hoped production code for that chatbot will be deployed this week. The chatbot is simple on the surface but rather complex underneath, as it communicates with the platform's backend to update information about device address so producers can get notified when donations are made, and also when a given contract is released as a result of a recipient confirming receipt of goods.

Fun fact - an egg producing chicken requires around 140 grams of food a day, a reason requests the donation of animal feed have been popular.

What should the maximum length of text content be that can be posted from the wallet app to the Obyte ledger? Twitters maximum post length is 280 characters as a reference. Obbies thoughts are welcome on this subreddit thread.

Chat with the chatbot to see why you should enter the Autonomous Agent contest - it’s not only about the generous prize fund.