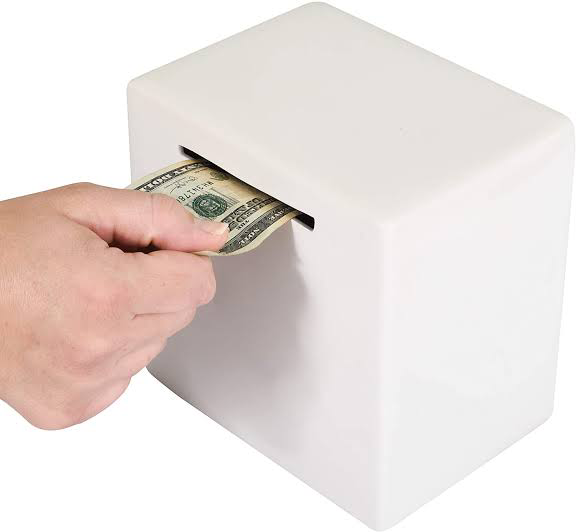 It pains me seeing the way things are going today you can’t even trust no one anymore. Back in the days my parents will prefer saving their money in the bank than even taking any home, when my day gets his salary he will take the amount he wants to spend that day or that will take him through maybe one or two weeks, but as it stands now a lot of people sae their money at home some will make a little bullion room at home or saving box.

And with the way banks are behaving nowadays. They are too many taxes on customers no customers account is save now. Your money will be in the bank but your heart will not be at rest. You keep receiving messages of ATM card maintenance fees, at times your network provider charges you for any text sent to you from your bank. Okay, what about the illegal withdrawal of funds from accounts of customers?

Followed with the bad network services in the country make things worse. You try to send money and it takes hours before reaching the receiver. I once lost my one thousand two hundred nairas to fraud stars. I recharge #1,200 in my cell phone using my bank account. And my phone was not recharged but I was debited. I call my network customer service I was told my phone did was not recharged and I was asked to contact my bank which I did and I was referred back to my network providers.

I was played football till I forgot about it. Now I can’t do that again with the rest of my mind. Saving money in the bank is a big temptation because you will always have the urge to withdraw or recharge your TV or even phone and before you realised the money is far spent. But if the money is saved inside the saving box you can’t go in and out anyhow. You only open the box once and by then you might have saved quite a handful. So I'll say I prefer a saving box to bank savings.

A close friend recently bought a brand new Techno Go phone, and this was the money he recovered from his saving box after saving for some time. He has a bank account but he decides to save in the saving box because he knew banks are really not for saving. he broke the box to his greatest surprise he recovered a lot of money.

This is the best way to save money. our forefathers used this method and never complained just because of civilization that method of saving money is almost forgotten. what do you have to say concerning the discussion, please comment in the comment section of this post lets hear your thoughts?