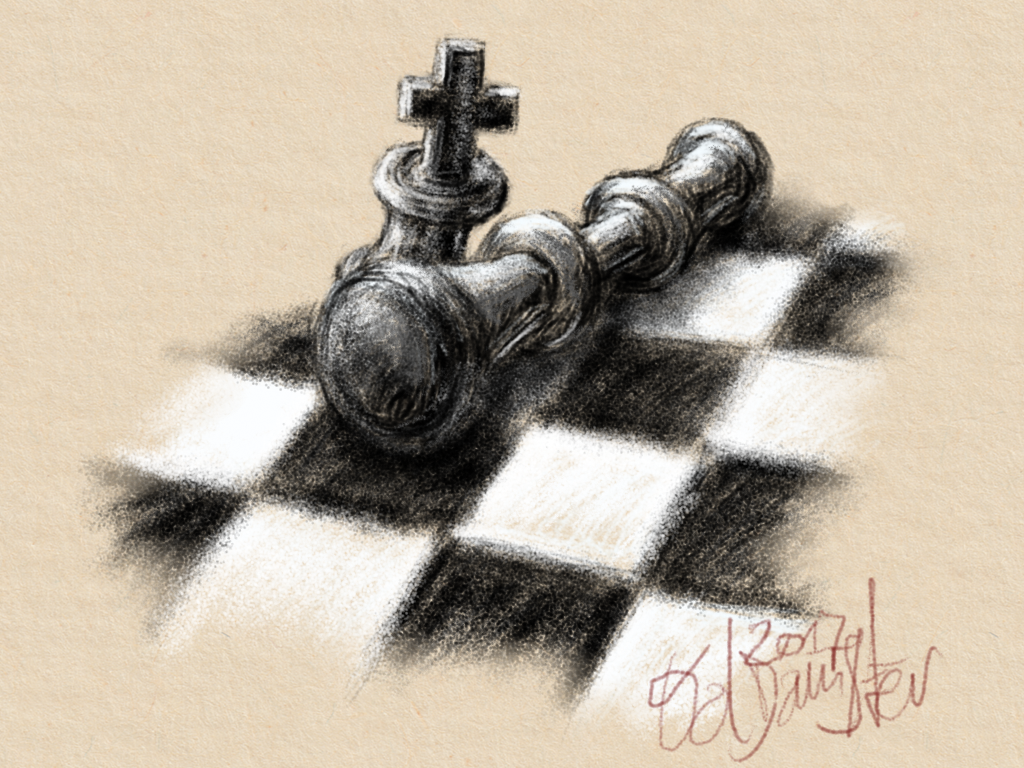 It is extremely fast.

The exchange to Litecoin {LTC} took a bit longer.

Piece of cake. There has been this claim, by some in the Crypto-realm, that BTC {Bitcoin} is s way too costly send in small amounts. And as I already had installed the Bluewallet for the Bitcoin Lightning Network {LN} I wanted some 'coffee' value in there. Had earned a bunch of Satoshi online already, by doing littlele tasks, for fun. Mainly by looking product label photos and provide answers about the amount of calories, fat and protein ththat it contained. That bsite now has payed close to one LNBTC {Lightning Network Bitcoin} in Satoshihi. And I dided to get try and get t all my own (LNBTC) Satoshiut when i it was almost wort6 €uro in value. Enough for a cup of coffee and a piece of cake, while also leaving room for the rest as a tip. As a Crypto-Currency seems to be considerered only useful whenou can buy a cup of coffee with it. Without the transaction costing a small fortune, paying the network. And according to some this cannot be done with the one and only real Bitcoin, BTC.*

Well, my personal experience is different. As the CoinOmi i wallet, that I use, lets meecide how many Satoshi {Sat} per KiloByte {KB} transaction to pay. It is possible to set this as low as 1 Sat {Satoshi} and so I did. Even though h I was pretty surthat this low fee payment offer will have my transaction reside in the Bitcoin Mempool for a whilile, I did not mind. Such a transacon will be 'on hold', as it were, in the Mempool, until it gets added to a new Block. Meaning it is known that the transaction itself already can be seen, and some services even accept it like that. This I know from experience as I did use BitRefill to buy some Digital Amazon Giftcard and payed with Litecoin {LTC}. Only the LTC transaction itself was enough to get it done. A transaction, of a certain amount of a Crypto-Currency, already has a certain amount of trust that comes with it. Because to be able to do a Crypto-Currency transaction means there is control over one or more Private Keys. And even if a transaction first would reside in a MeMempool 'transit', it wilget added to an extremely secure block, eventually. Services that use this level of trust will have an advantage over its competitors that want the transaction in a Block first and have it confirmed six times. Bitcoin {BTC} is extremely secure, without any human (corruptible) inter-mediator, that even Mempool transactions can be consisidered as an almossealed settlement.

Not even 2 cents of transaction cost {at the current BTC price} to send about 14000 Satoshi {Sat} to my Bluewallet. And itit took 'only' about tee and a half hours to get added to a block. Moving the BTC to the Bitcoin Lightning Network was a lot faster, costing 970 Satoshi {Sat}, all in all adding up to about 10 0 cents in total for 2 trsactions. About 10% of the amount I wanted to move. Just to prove that it could be done? Yes, just to get 13970 Sat moved to the BTCLN. In the meantime I had been earning a bunch of Satoshi on the Lightning Network. Getting those added to the Bluewallet was just creating an invoice for the right amount of Sat and copy-paste it. Payments arrived in a jiffy, even just a 100 Satoshi, free of costs. Tipping 10 Sat, was also very easy to do. While the main Bitcoin {BTC} blockchain moves Blocks filled with a lot of extremely secured value, these kind of second layers provide an instant cheap settlement service. And every settlement done that way can have a memo added, so one can always see what it was used for. So far I am impressed what the Lightning Network is capable of. When BTC is moving towards 100'000 USA Dollar, 1 million or even a 100 million in value, then second layers like LN do makake a lot of sense using. Ev 0.001 Sat might come in play by then, only made possible using a second or even a third layer.

Getting the LN BTC out again using the ZigZag exchange was amazingly fast. For this I preferred to receive Litecoin {LTC} as I wanted to try that anyway. The invoice from ZigZag only needed to be copied as it was picked up from there by the Bluewallet. And after I clicked the 'pay' button it only took about 3 seconds, I guess, to have it send over. Where I did almost right away find the transaction of LTC in the CoinOmit wallet, yet not in a block. There it was, just a bit over 5 5 €uro in value added. In the currentarket dip maybe not the best thingng to do, such anxperiment, but it will p pick up in value, eventuay. It is the Crypto-Currency traders getting their leverage in, at some point they will start buying after the current sell walls have gone. Probably another real bull-run will take a bit longer, it is vacation time for many, gettingng some bankers money for thamight make it appear like the bears are back in town. For me a moment to leave the charts were they are and deal with the current heatwave where I live. Tourists must be on their w way to Costa deldambt, playa del lago Oldambt and playa de la bahía de D Dollard by now.hat is why so much Crypto-Currency selling is gogoing on, I guess. (Enjoyour holiday!)

This does not only account for Bitcoin, the one and only real BTC. Blockchains like Steem also need it. New kinds of value holding layers will be added. BTC is the main backing of the Crypto-Currency realm, where I expect that at some point the real world denotation will be connected to precious metals, like gold. As I do expect 'private bankers money' will collapse in value extremely, to a point where it will be absurd to state that 1 BTC is worth a 100 million USA Dollar. This will then merely proof that the old system has gone bankrupt. Due to their own creation of money out of nothing against interest bearing debt. Many old books filled with wisdom have warned about such a system, some even declared it evil to raise interest on a financial settlement system. And as it seems now, from my point of view, that system is on the verge of self-destruction, while, of course, it will be blamed on everything else, except the faulty foundation it was build upon. And before Bitcoin {BTC} there was no alternative as that sick monopoly system crashed the world-economy, resetting itself by crereating world-wars. Starti the whole thing all over again, but basically nothing changed. Only a few have an advantage by this 'banking monetary governance' system rebooting, causing death and destruction for most of humanity.

But Anno Bitcoin {AB} we have Crypto-Currencies to make a peaceful transition. And no matter what those so called 'billionaires' state. Or how the banking monetary governance {bmg} system puppets on a string state that they are 'not a fan'. Either way they are the dinosaurs, on the cusp of extinction. If those authoritarians try to cut of the exchange to their rapid devaluating kind of monopoly money, then they will only speed up the transition. And if they do not also get into Crypto-Currrrencies, they wi lose their totalitarian wet dream, because they end up with worthless 'private bankers money'. Even pumping a lot of 'private bankers money' in will not work, as they will cause an even faster devaluation by doing so and have BTC and a lot of other Crypto-Currencies revaluate fast. And I can understandnd that those whstill hold on to the reign of the 'banking monetary governance system' are scared. Because their ruling by force c cannot be held up byhe might of the sword, when its monopoly counterfeited money has become worthless. It is even a kind of fun to watch the outdated authoritarian system make panic moves. While in the meantime Bitcoin and other Crypto-Currencies are getting ready for the finale switchch. And having expienced the Lightning Network for myself I think the flippenning from old to new is closing in rapidly.

As a merchant, I trust the transaction sent, prior to 6 confirmations. This point you made escapes most people when they consider payment options. Good one!

That is indeed a smart move you did, that way you outrun possible competition. The confirmations are there to make sure it is like carved in stone. For future security.

And I noticed this direct transaction settlement using Bitrefill and then it hit me how it totally made sense. Transactions are carbon-copy available in the Mempool of many nodes.

Bitcoin {BTC} had a very clever setup from the start. The more nodes, the more decentralized, the more 'carbon copied' the transaction Mempool, the stronger the Crypto-Currency on top of that.

This is why the amount of nodes is a key element for the succes of a Crypto-Currency, I think. Especially if a merchant, like you, wants to use a transactions straight away as a proof of settlement.

The more I dive into this matter, the more amazed I am. :-)

I have been working for years to get people to adopt it as our business model, so far only 5 out of ten thousand work this way. You know if merchants are really squeamish about this, they should switch to Digibyte, almost instant, dirt cheap, going anonymous to a degree... and all on the chain, no side chains. I am looking forward to when their DigiAssets are fully deployed, people will have the fiat or crypto options.

It can be quite a challenge to convince people to start using Crypto-currencies. In Nederland there is the city of Arnhem, called Bitcoin town, BTC is being used there by relatively a lot of merchants. Strangly enough only in Arnhem.
(It is a 1.5 hour drive by car/train from Rotterdam.)

Have not dived deep enough into Digibyte. It has 1 minute blocks, that I know. And all kinds of products/services build on top. At a certain moment when a certain threshold has been reached I think more merchants will join in.

Not many know that Bitkassa (Arnhem NL) offers merchants a zero fee conversion from BTC to €uro. Right after the made a sale that was payed for with Bitcoin. It will take some more time.