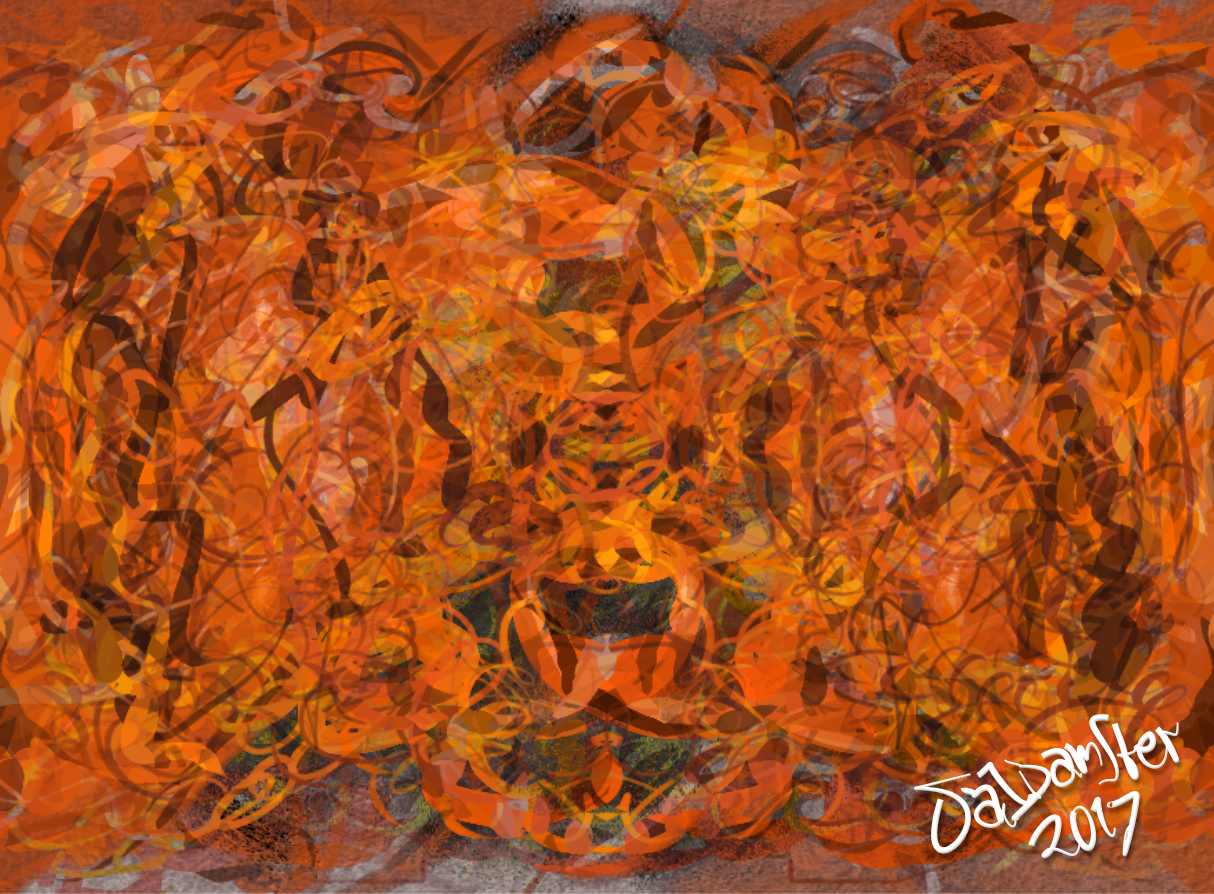 It also has its thorns

Tokens, tokens and then some more tokens

First there was 2014, one new Crypto launch after another. More or less mimicking Bitcoin {BTC}, the one that started it all, way back in 2009. Getting part of the 'Lambo' dream. Some heavy pre-mine and multi-level-marketing Crypto schemes flooded in by the dozens a day. All promising riches beyond earth its atmosphere, some even claimed they were going to settle on the moon. Some got MEME fame by connecting the bits and adding a lot of hype to it. People even took loans to get in on the game. In the case of the connected bits it was rigged and it became a living nightmare for many.
fter that came the flood of the ICOs {Initial Coin Offerings}, now we were talking Lambo and a private yacht. How many of those are still around? Not even asking which ones actually delivered what they promised. Then some found out how to forking split clone existing blockchains and make a few billion bucks that way. Tempering with the difficulty algorithm made it all possible. Where we there yet? No, those who wend to live on the moon were never heard from again. They may have joined David Bowie's Major Tom somewhere in space, because their circuit has gonene dead.

Next ep was Lambo plus private yacht and plane. Now all that would still be needed was a small Caribbean Island. And Tokens would be the way to make it happen. The newest kind of blockchains could do it, running all kinds of Smart Contracts. Maybe that is the last Crypto wave that we need to survive. The one that pops out loads of new Blockchains, that run millions of Smart Contracts and can create billions of new Tokens within a split second. And to be honest, I lost track already a long time ago (in Blockchain time that is just a few earth years).

Some of those Smart Contract kind of Blockchains, I think, will disappear over time. Just like a lot of the Bitcoin {BTC} kind of Pro Of Work {POW} Cryptos, from 2014 on, did notot make all the way to 2019. It is like a mall where a jns-store does exextremely well and all of a sudden a dozen more are opened almost every day. But who needs to buy hundreds of jeans per day? It will purge itself evtually.

Same accccounts for Crypto Coins, ICOs, Smart Contract Blockchains and their Tokens. Only a few will last and actually matter to the many.ile some of the exotic fun ones, having ing a cult status, or a true fan basill stay alive also.) o.)

First to be therey ahead of the rest

he Cry Cryptos that just wanted to mimic Bitcoin {BTC} wont make it. No top 100 position on the Crypto Currency market for most of them. And I expect BTC to stay the absolute number one, it will be the standard. Its blockchain splitting clones will drop become quite meaninglingless. With Schnorr signatures added Bitcoin {BTC} will become fungible. Other Cryptos like Litecoin {LTC} and Dogecoin {DOGE} will follow that lead, I expect. (Or even add it be BTC.)

This wil will make a huge difference, only a small amount of POW {Proof Of work} Cryptos will make it through the big ug purge. (That I expect.) Those whose who are free from 'governments and banks' control will outrun those who are posite.

Also oneso one very important thing is the first one of its kind on 'the market', so to state. That is also a reason why Bitcoin {BTC} is hard to beat, very improbable that others will sn that.

Mining nMining newly created BTC will even go on until the year 2140(!). And every halfing will cause the price to pump, as it is deflationary and only 21 million BTC will ever be created. With precious metals, like gold for instance, this is an unknown factor. (Also to carry a couple of private keys around is way more easy than a couple of gold bars.)

So, Steem is game too? Yes, it was the first one of its kind. But it wont be as valuable as Bitcoin {BTC}. It simply cannot be as it has a different capacity target and Steem inflates quite strongly. (Now I already proposed a deflationary change, but I doubt if it will get through.) Yet, I think Steem is here to stay, top hundred Crypto, with an unique kikchain.

Same acc. Same accounts for Bitshares, the parent of Steem and EOS the close relative. Although some might argue that Ethereum is the first Smart Contract platform, not EOS, or Bitshares, I think Ether loses in the speed and rtment.

Ethereumnt. Ethereum is one to stay too, I think. But from a new tech point of view, as in being the market leader, EOS, Steem and Bitshares are way ahead. Even though in market capacity this might not show right away, or maybe speculators and traders look for different key aspects. Money and logic are notuddies.

There midies. There might be even bigger and better kinds of blockchains, or different ones. As a human being I also have my limits, making it impossible to explore all those projects. Which I have in common with most humans on earth. You see, that is an advantage being the first in the world, like Steem, just C}. It is tough to {BTC}. Hard to beat that.

At some point there will be an overload of information. The attention span will be short and lost quickly. Only servants will be able to keep track on more than a dozen Tokens and how theymarket.

Or how amarket. Or how about getting more and deeper information about any Token, let alone 12 different ones on 6 platform and why, who bat and why., who backs it, with what, what is the usag forth.

At the Eso forth. At the EOS accounts that I hold there are already way too much Tokens, most of them I got becme EOS.

Steem hat some EOS. Steem has a Decentralized Application {dApp} which off Tokens/Tribes. Tokens and Tribes. Many with their own website and even a video part. At first I started to use one wn tag. And I foundwn tag. But I found out it ust at and I really do want a put split slislider. Though I rathet split and I rather stay on thn,in, using home base, it is difficult to so, reaching all Steemians. And I tried to overcome the Token/Tribe tag content filter with an experiment, but it failed.
or me tat home base. For me the Smart Media Tokens {SMT} are more interesting and I think they will be worth the wait. And that might actually give Steem a price boost. But there may be some ups and downs before we get to that point. Still, many Tokey value, I think, or onlyt any value, or only live for a short while. To me, that seems logical.

For Steem I can imagine how I might want to create a Smart Media Token for a typical kind of publication. And I hope it will be possible for the SMT issuer to decide her I would like to see thesplit. Rather prefer the addition of a slider for this. There could be a loyalty Slowers.

It would, or followers. It would be cool to have settings which can be used to determinrelease rate connectehe SMT. A release connected to the activity. Where higher demand will trikens to be released. Never Tokens to release. Never more than a preset max cap amount, so there has to be a compressor-limiter kind of function. Ah well, I can see a lot of fun possible uses for SMTs. But I almost forgot about the title...

Yes, it is true, I am a Shillionair. It is a fun Token on the EOS platform, a parody on a certain other thing. The name Shipple might give you a clue. So far it has no market value, as it is not (yet) at any exchange. It could though.

They canget there though. They can be bought, but I forgot the price. And there are some projects that used SHILLs (SHIPPLE) to get some other stuff done. people who donatedinstance, people how donated a certain amount would get a bunch of SHILLS. That is a kind of rewarding. And it will probthings.

Just lik many other things. Just like Montys, also an EOS blockchain Token, that can only be used to bribe, in a fun way. Lots of MEMEs connected to these fun Tokens, just like with Dogecoin. Will they ever be worth something? Who knows, it depends on what people want to do with them.

More of these fun Tokens will follow, of course. And again way too many to be able to keep track off. Probably only one, or two, will get real fame and maybe even fortune. Because it was the first to begin. Just like Bitcoin, just like Steem. And those ones will even get passed any purge, almost like there can be only one. For me it is fun to state that I am a Shillionair, one of thebe that... :-)

And I miys wanted to be that. And I might give away some SHILLS and MORTYS here on Steem, so stayed tuned and have a great one!

Just some digital art work of mine as a bonus

Edit: Some text changes for better rter reading. And changed some text because of the recent experiment results. (Experiment failed.)a @oaldamster_
tokensshipplesteemleoneoxianpalnet