How Will Bitcoin & Crypto Shift The Financial System? 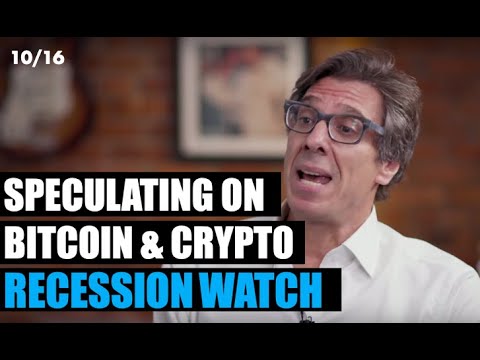 This is a 'Decline Payout' publication.

Am halfway listening. Good interview and easy to understand (not always the case with this kind of stuff).
It's just a matter of time. There's no more turning back now. Patience will be key.
New Zealand already allows to pay salarys in crypto i've read somewhere last week.

Indeed easy to understand, seemed to me like worth sharing.

Cryptos are going to move forward and upwards. Bitcoin {BTC} being the default, the anchor Crypto Currency, with a lot of other Cryptos to join in, for the long run. BTC was, is and will be the main Crypto-realm coin. But other Cryptos are needed. Those who make it through the current purge (stay in the top 100) have the biggest chance to stay in the market.

More and more Cryptos will be used in real-life settlements. My recent favorites are Bitrefill and Bitbill, both Nederish based services.

And New- Zealand did allow salary payouts in Cryptos. This might seem not that big a deal to many, but I think it is part of a tip-toe movement. That will pick up in speed and size fast.

Great times ahead? At least exciting. 😎

Just Hodl. And drink BEER in the meantime ... hahaha.

I wonder if they really will have a major impact, as lately they did not had so much success...

As I perceive it there is a lot in the Crypto realm that is going to get purged out first. This is still going on, I think. But in the last quarter of this year and ongoing in 2020 it will take a different turn into a clear upwards movement. For most of the top 100 Cryptos. (At least, that is what I expect to happen.)

And the major Cryptos are getting more and more accepted, all over the world. This is part of relatively slow proces, I think. But compared to the invention of Bitcoin and to where it got to now, it is quite amazingly fast.

When the prices wend sky-high all of a sudden I doubted if it could stay at that level. As I believed at that time it was going up way too high, way too fast.

And when it crashed it worked like an anti-promotion for Cryptos in general. This is still of influence, but the acceptence is still slowly but steady moving forward. On the other hand this might have also triggered a shake-out and a purging process. That I see as a good thing. As there is/was lot of rubbish in the Cryptos realm.

When I look at the statistics over a longer period of time, then I see an upwards movement. It might be perceived as moving too slow, no mass adoption yet and so on. But, like Dan in the video explains, it is something amazing, when you put things in perspective.

The best is yet to come, although I do like the ride so far. But I may be too optimistic.

Today does not look good for Cryptos though Andrew. So maybe I have to get more realistic...?