Burning some MCD and GNK Tokens. 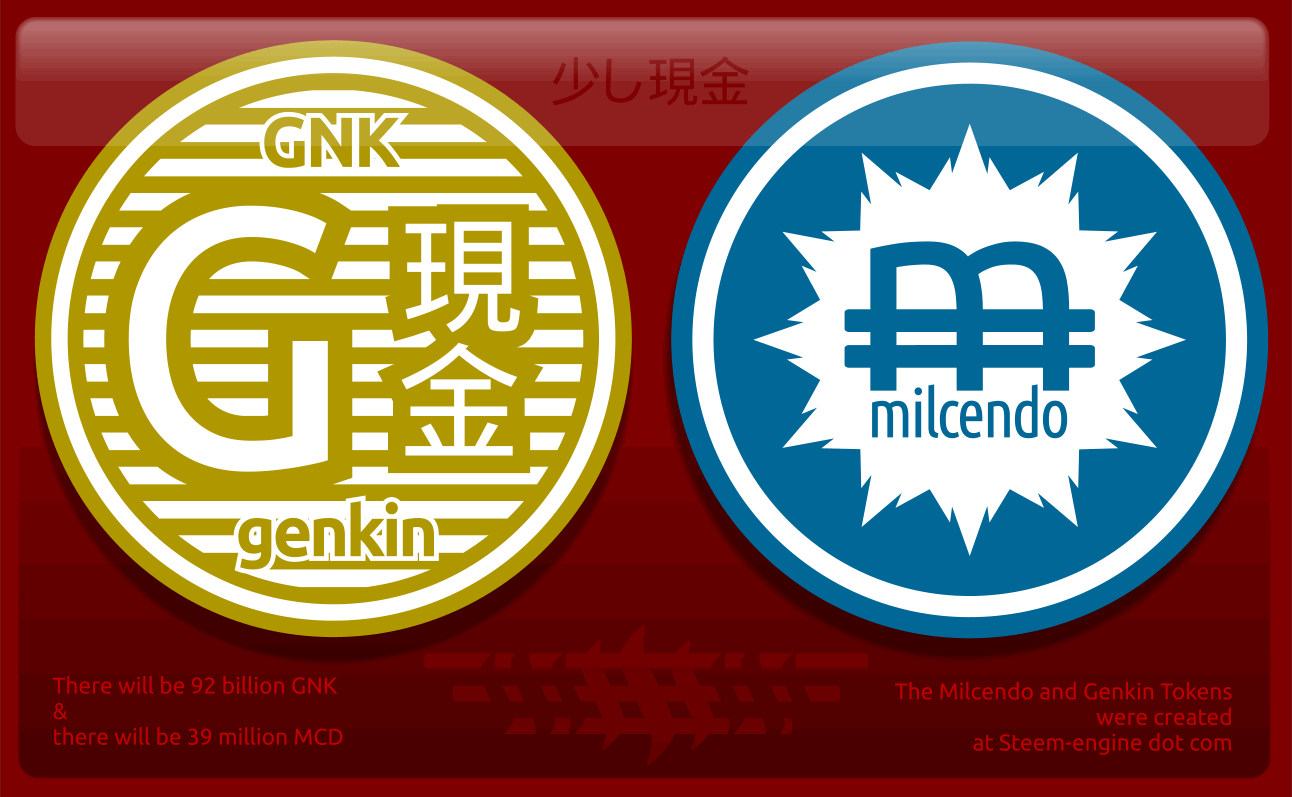 While spreading the wealth.

Sending 28240 Genkin in total to some loyal voters.

A market price was set.

Shortly after the creation of the Milcendo {MCD} and Genkin {GNK} Tokens there was an amount of both asked on the market, over at Steem-Engine dot com. (And both Tokens can also be traded at the Steemlion DEX.) Setting the first price for both by buying and then using the SteemP to sell. After that burning the amounts to the Steem NULL address. There will probably be more of MCD {Milcendo} and GNK {Genkin} burned that way.

Also 2% of each Token was set aside for future use. For a part used to self finance both projects, do future promo hand outs and so on. If there is still some left after that then those will be burned by sending them to the NULL Address of Steem. In the meantime some developers of Python software have received some MCD and GNK Tokens of appreciation. That is one way that Milcendo and Genkin will be spread out amongst the Steem members. It will also be used to get people to get onboard the Steem-Train. (Mostly aimed at the Nederish people.)

Today there was a lot of GNK send to the long term @oaldamster voters. They already can find their Genkin Tokens in their Wallet over at Steem-Engine dot com. More hand outs will follow. Also for different objectives.

The Milcendo and Genkin Tokens are on the move.