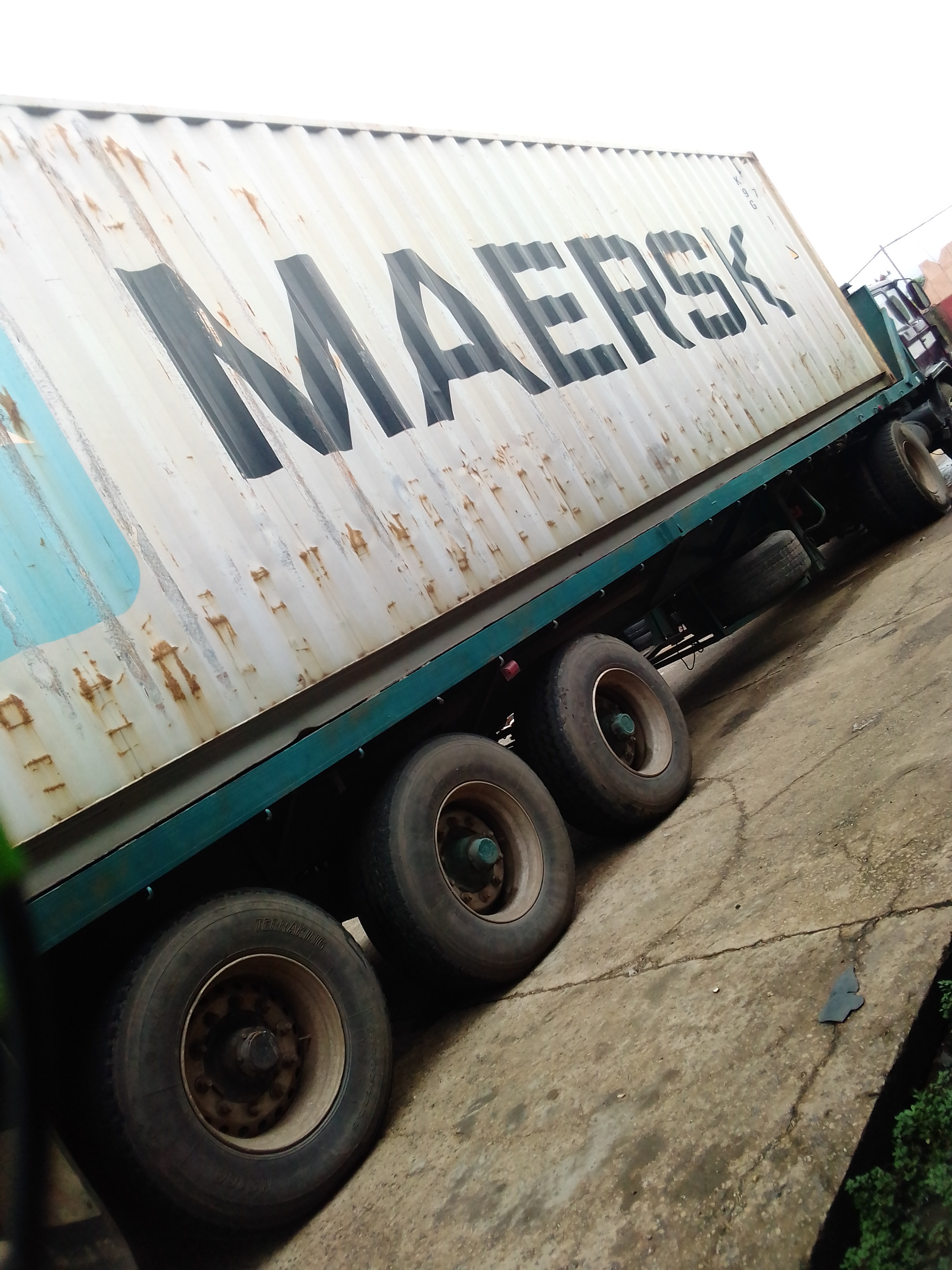 Today was indeed a busy day, there was drama, work and action. You will discover more about my day as the paragraph unfolds.

I woke up early that morning, my brother and I had to go to the "Bookang" so I brushed, washed my face and jumped into my work clothes.

We arrived and there where a set of people already waiting there.. for they had stuff in the container which left the port late the previous night.

We got in. Before we could settle in the women wanted to open the container before the custom officers arrived but my brother thought it was a bad idea.. they kept insisting untill argument broke ... I just sat in the corner watching the action with my earphones on, listening to loud music. It was like that part in a movie where they play background music and you just watching the action of the actors and listening to mood setting music.

As more people where involved in the argument, that's how the thing grew larger and larger and attracted more custom officers... Which means more money to spend.

They argued so much one woman started crying..😂😂 some women ein Kai!!!!! It's a good thing her husband was there to console her... Everybody just dey look her like nwish.

While listening to my music one of the French women approached me, she was tall with light skin, she had curly hair which reached her shoulders and she wore a pair of glasses... She was dressed in a grey track suit with red stripes... She wore red shoes with white stripes as she walked gracefully towards me. Before she could oughta a word in my mind I was like y'all shouldn't into this.

She greeted in French and tried speaking in English 😁😁😁 her accent was kinda sexy 🤗.. she asked why I wasn't participating in the argument, I told her I don't like arguments, she said I would feel bad for her if I know how much she spend for the cargo to get her. After she was done venting about her frustration, she just looked at me and smiled and I smiled back, she went back to her argument. Like Damn! She had an Ass on her .😋

After hours of arguing they finally decided to open the container

The bottom part of the container was full with paint 700 buckets of paint(primers, eggshell, white etc)

I hadn't had any breakfast so I was eating cornchaff bought from the restaurant.

After in finished I joined them in parking the paints in the warehouse... While the women kept grumbling.

After a brief hour, work was done, we had our paint, the women had their cars and other stuff Fridges, chairs ,clothes etc

While sipping juice, I waited for some trucks to arrive so I can load some paints which was bought earlier that day when we were offloading

Two men bought a hundred buckets each. We loaded the truck. This Truck/bike could only take 53 at a time.

Work for the day was over. Men being men sat down to drink, me on the other hand just wanted to go home and rest.

It was already evening, and this place closes at 6:00

We had a few drinks, you know men being men. But I don't take alcohol sipping of juice continued

Then we closed for the day.

It's been a while since I worked this hard, I got home took a bath watched a few movies

Nigerian movies "Taken" and "perfect match".
When I was done I signed out for the day.
Finally slept at 00:00

You took out time to structure your diary and write it in detail
Inspite your other job, you still hustle on steemit. Multiple streams of income is the key to financial freedom!

Indeed it is, thanks for reading.

The secret is working hard and smart.
Thanks

Your dairy was explicit with photos .ashia for the work I can imagine how tiring it was .tell me more about that lady with the gray tracksuit.u no take number?😂😂😂😅

🤣🤣🤣🤣 language barrier.. and she just dey halla pipo.. I no too like shouting..

Woow nice write up bro.i love the detail explanations in all your photos

explicit diary here. I admire your work bro. you work so hard and focused. it's never advisable to get yourself in arguments that do not concern you. it's a great quality for men. Hoping to see you at the port when I come to collect goods too👌👌👌

Thanks man hope to do business later in the future
thanks for reading.