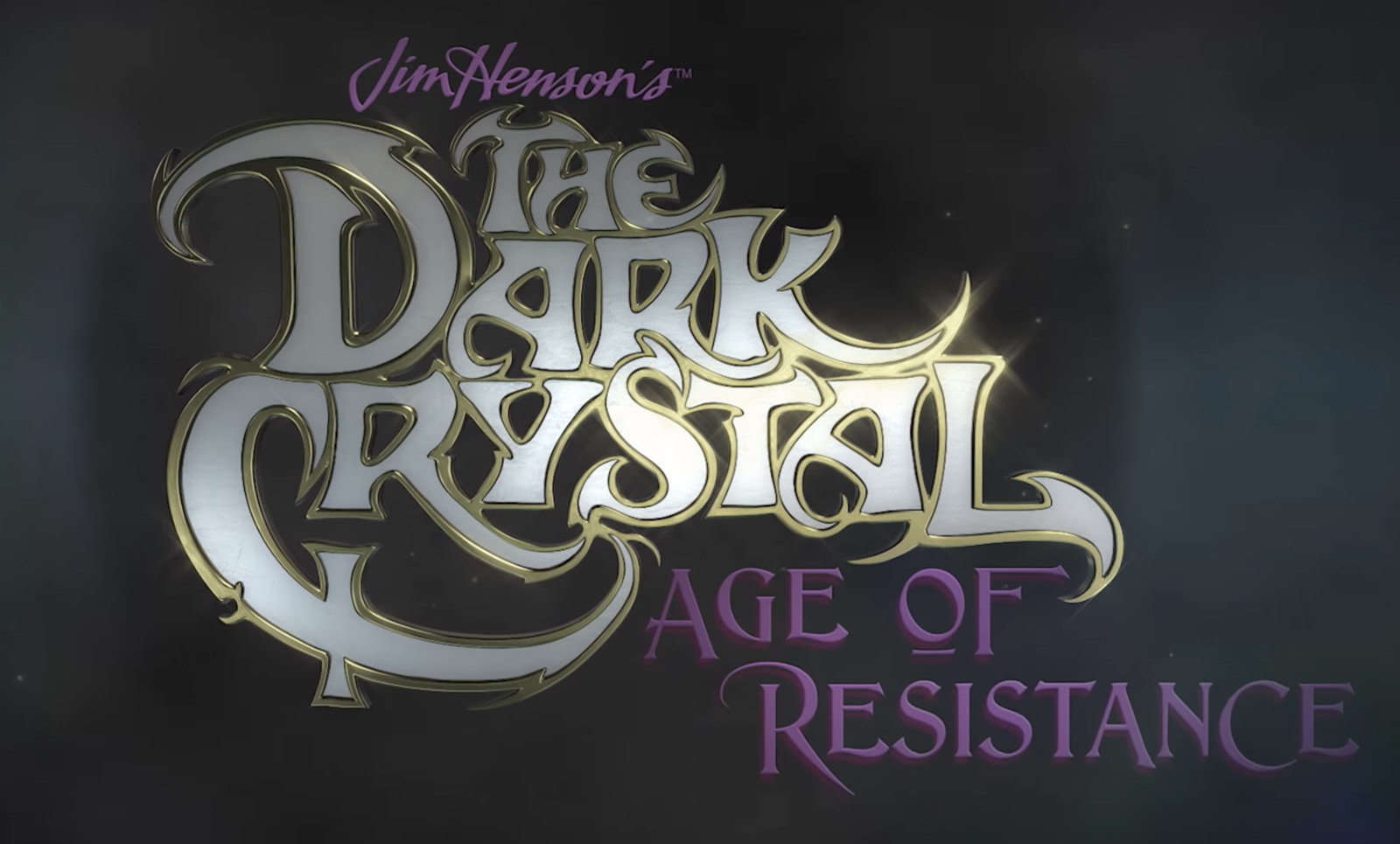 The Dark Crystal was originally a film from 1982 created by the late great Jim Henson. We all know and love Kermit the Frog and the muppets.. but not everyone may have seen the original version of the Dark Crystal in the early 80's. For me it was one of those movies that, as a child, I not only watched countless times but it affected me deeply in many ways. This post is not about the original movie but the recent series remake of the feature film that was just released on Netflix. I just finished watching the first season yesterday and I'm really moved by the collaborative human effort that went into realizing this masterpiece.

Thra is the homeworld of the crystal and all the worlds inhabitants. It is where our story takes place.

The Skeksis are the antagonists in Thra, the home world of our hero's, the Gelfling. The Skeksis appear to be these bird like reptillian creatures and they are obsessed with immortality. Their greed and fear of death makes them careless and cruel as they try to take life (essence) from the Gelfling to support their evil nefarious plans. The Skeksis are truly hard to take your eyes off of in this remake the attention to detail is just masterful. I often find myself wondering what is actually happening under those massive shells they seem to be wearing. Perhaps they are hiding their ugly, disfigured forms. Or something else. It should be noted that during one of the scenes a Skeksis was caught relieving himself against a wall (public urination) and there was actually THREE streams of pee at the same time. Maybe we should be thankful they are covering themselves so well. At any rate, as evil as they are they sure are interesting to watch, particularly the "Chamberlain".

What the heck Netflix? ^^

Of the 7 clans, Gelfling are the "closest to Thra". The Gelfling are the main characters in the Dark Crystal with Rian and Deet being the main characters in season 1. There seems to be a romance between them, however it doesn't have the chance to be fully realized in the first season. The new puppets are absolutely amazing and the way they have made them portray emotion is moving. You really believe what they are saying, everything from the skin tone, slight head movements, and the way the light hits the puppet they really come alive. As characters in the world, they are tactile, sweet, and believable. The Gelfling are honorable, noble beings who seem to care about the well being of all. The end of the first season was somewhat of a cliffhanger and I can't wait to find out what happens between Rian and Deet in the second season.

Hup surprised me. He is one of the strongest characters in the show. I don't really remember much of Hup from the original Dark Crystal, but I know he was there. I am thankful his character was really fleshed out for the Netflix series as I think it is a very interesting one. Hup has so much heart. He's surprisingly strong and resourceful and always there for his friends. He played a pivotal role in the success and well being of his group and look forward to seeing how his character develops and what other Podling characters are introduced.

When I was little, Mother Aughra scared me so I don't think I paid attention to what she was saying. The impact of this character in the 2019 remake cannot be understated. Mother Aughra is the most pivotal character in the entire world of Thra in my opinion. She is the facilitator of truth, light, and healing. She was tricked by the Skeksis to journey out of body into the universe, to learn all things marvelous and mysterious. And while she was gone the Skeksis had their way with the inhabitants of Thra. Mother Aughra is extremely kind, wise and actually pretty funny. Don't let her appearance fool you, she can SEE ALL.

I am extremely excited for season 2 of Dark Crystal Age of Resistance. The way the first season ended was just marvelous. Things are perfectly set up for a second season. It's so refreshing to watch something that is not computer generated. I hate to admit it but I kind of forgot what a pleasure and charming experience it is to see real life inanimate objects brought to life by peoples hard work and imagination. The Dark Crystal Age of Resistance is one of the most compelling stories ever told and I believe it is a reflection of our human condition. We are the Gelfling. It's shows like this that make me believe in and appreciate the human spirit and I highly recommend you watch it!

I agree!! we're only two episodes in but really enjoying this show...there is a lot of symbolism going on. Can't wait to finish it, and have been recommending it to all my coworkers.

I think I’m going to rewatch the first season just to catch everything I missed. Thanks for reading and commenting. Gave you a nice upvote 👌

Wow thanks - anytime! You might get a kick out of this article if a) you haven't already read it and b) enjoy that type of thing: