BEWARE OF CREATING YOUR OWN PROBLEMS 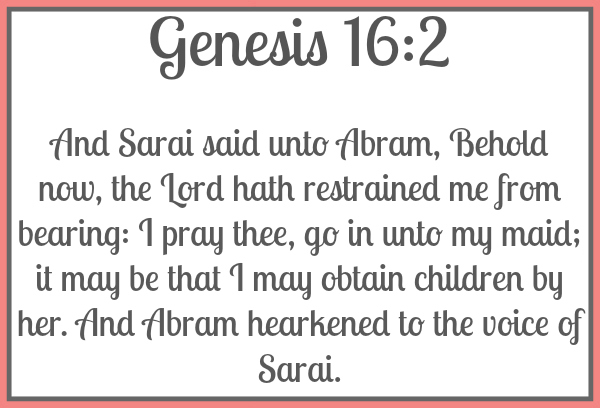 BEWARE OF CREATING YOUR OWN PROBLEMS

Sarai already had an awful story of barrenness and right in the book of Genesis 16:2; we see how she worked to expand her story. Soon after Sarai released her maid to Abram; Hagar became pregnant.

She despised her mistress and that brought in a whole lot of trouble into Abram’s household and Hagar sought a route of escape from Abram’s house. With the colorful promise God gave to Abram and his wife Sarai; instead of moving from story to glory; they moved from story to story.

Many today, instead of moving from story to glory awfully move from one bitter story to another. This is not the will of God for His children. God longs for us to move from glory unto glory: “the path of the just” the Bible says, “is as a shining light, that shineth more and more unto the perfect day” Proverbs 4:18.

With God; your situation isn’t getting worse. No matter what the devil wants you to see and believe, with God; it can only get better.

It was the wrong counsel of Ahithophel that led to Absalom’s ultimate destruction in the book of second Samuel 16:21-23. What you intend for a short cut may actually turn out to be a “long cut”.

King Ahaziah took a wrong decision to consult with the god of Ekron, if he would recover from his illness and God in His anger responded – “Is it not because there is not a God in Israel that ye go to inquire of Baalzebub the god of Ekron? 2 Kings 1:3.

He had the judgment of death slammed against him because of a wrong decision. When found in a terrible situation, be careful of where you go and what you do. Seek to be divinely led and you will prevail with God and the direction He gives.

To be precise we create our problems when we sin.