Sorry guys, but the chest-press machine is a waste of time 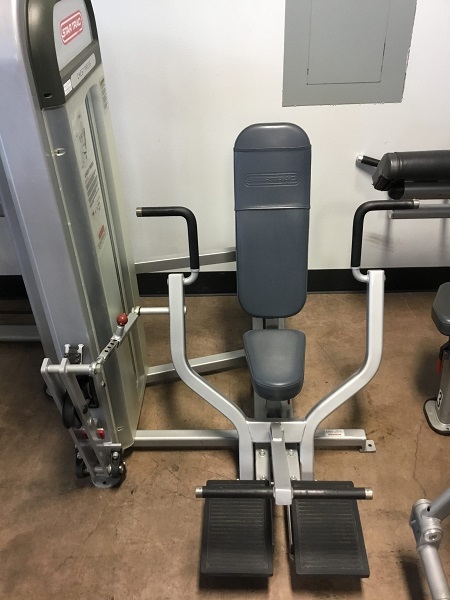 Just like most guys in the gym, I tend to focus on developing my chest area. It's just one of those things that men tend to focus on around the world. It is so much of a focus actually that the cliche of "how much you bench?" is actually something that people discuss and consider it to be a measure of their overall fitness when it isn't really.

One of the favorite exercises of those working on their chest in the gym is to go the "easy route" with a chest press machine, especially the ones that use weight stacks instead of plates.

I get it ok? I have been guilty of doing the same thing for years because it is far less time-consuming to move a pin than it is to stand up and change out plates on a flat bench doing traditional bench-presses.

One of the main reasons that people will use the chest-press machine instead of freeweights is because of this simplicity, but also because they are duped into thinking that they can actually bench press a lot more than they really can. For example, at the peak of my strength training, I could to 4 reps of 104 kg on a regular plate-based bench press but was able to lift the entire stack on a machine. 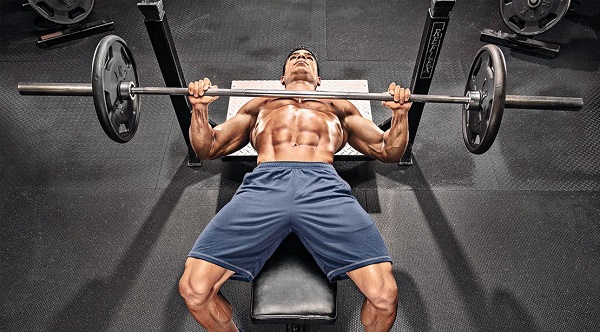 Take this guy that I do not know for example. He could probably bench more than that and he is in much better shape than I am. I can all but guarantee that he can push up the entire stack on a traditional chest-press machine and there is a very simple reason why this is the case: Balance.

When you do a traditional free-weight bench, you are engaging more muscles in an effort to hold the weight in place above your body, while a chest-press machine does none of this. There is no balance and therefore you are never going to see the gains using a machine that you are going to see from free-weights. This is the reason why if you ever watch videos of those superhuman bodybuilders you never see them using machines because it eliminates a really big part of the entire process.

I think this appeals to a certain demographic of people that are looking for the "easy way out" and feel as though they are getting the same workout but it is just that technology has made the exercise less time-consuming. Sorry folks, but if this is the line of thinking that you have when approaching this exercise, you are dead wrong.

A massive part of the entire chest-development process is not just isolating a particular muscle group (and this is true for almost all other muscle groups as well) is maintaining the positioning of the weights as well as the ability to lift them at all.

If you are a frequent chest-press machine user I strongly encourage you to look at what the weight level is that you are currently "benching" and then divide that number by 3 and have a go at benching that on a traditional machine. For example if you are chest-pressing 90 kg, step it down to 30 kg and have a go at a traditional bench press. It may surprise you exactly how difficult this is once you are using the surrounding muscle groups in order to stabilize the weight.

Another downside of the machines is that at least with all the ones I have seen, they have an adjustment for height, but not for other factors such as arm length or width of your shoulders. This can have rather pointless and perhaps long-lasting strain on joints and ligaments that could simply be avoided if you went "back to basics."

Most people in the gym place entirely too much emphasis on reaching a high number rather than focusing on what is truly important and that is to actually exercise the entirety of the muscle group in question. Most of the machines that have been designed to make weight training more accessible to novice weight-lifters cut out a major part of the process.

If you are currently using a chest press, I strongly suggest you step down the weight and head back over the old-school equipment. There is a reason why people were in fantastic shape long before these machines even existed and also that the professionals don't even use this equipment at all. It might be quite humbling at the beginning, but I guarantee that you will see faster results if you just step down on the weight and focus on doing the correct exercises in the gym. 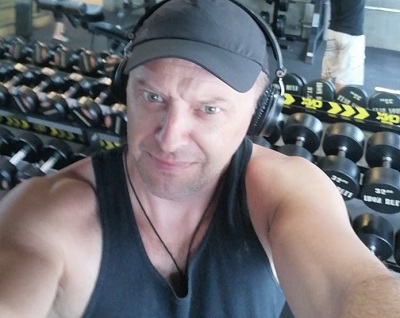 I am not a professional but I know what has worked for me and at least on this topic, the actual professionals basically unanimously agree with me. If I can change my life and lose 50lbs and put on a bunch of muscle, I honestly believe that you can as well
exercisefitnessweight-lossbodybuildinggym