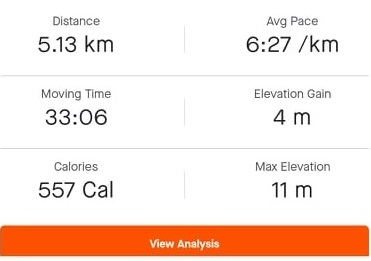 Especially in this day and age of technology it is really easy to get frustrated when it starts to appear as though you are not getting any better with how fast you are or more importantly, how much better you become at running over time.

I have been running between a 5 and 10 km run / jog (and even sometimes walking) three to five times per week since starting to take this a bit seriously earlier this year in February.

It was very frustrating at first because I struggled to even be able to run 5k without stopping multiple times and my overall per km pace was a point of extreme frustration because even on the days that I tried as hard as i could and really pushed myself to excel, I was finding that my overall times were not improving. In some instances they were getting WORSE.

This effort was around March of 2020 and I had been running a few times a week for about a month at that point. My times were between 7mins + and 6 and a half minutes per km. This was for me, at the time, considered one of my better times and I was getting frustrated because unlike going to the gym to lift weights consistently, I didn't feel as though I was getting any better. The only thing that was really motivating me was the fact that I was burning calories and we all need to do that.

So here we are many months later and using the same paths, with the same equipment, I am doing much better 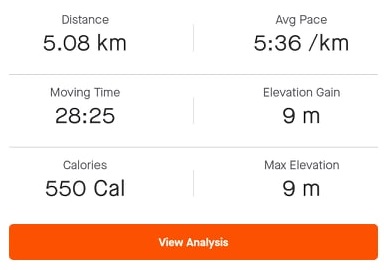 This isn't even one of my better times as of late and I also am able to quite easily run a 5k without stopping. I know that this isn't any sort of world-class time and I am not going to win any competitive races any time soon but the message I am trying to convey here is this: All of these fitness goals take a lot of time, patience, and perseverance.

It isn't going to happen overnight, in a week, or even multiple months. For me it took nearly a year for me to improve my per km time a full minute and I am the guy that exercises quite a lot.

So if you are one of those people out there that is getting frustrated because your times are not improving or you still feel as though you can't do it just remember that you are not alone: Everyone who has ever tried to make a change in their fitness has experienced exactly the same thing. Even Olympic runners and world-class athletes of every sport see only gradual improvements and even experience periods where they feel as though they are actually losing ground as far as their goals are concerned.

From athlete, to fat-lete, and back. And i drank beer the entire time
fitnessexerciserunningtrainingweightloss