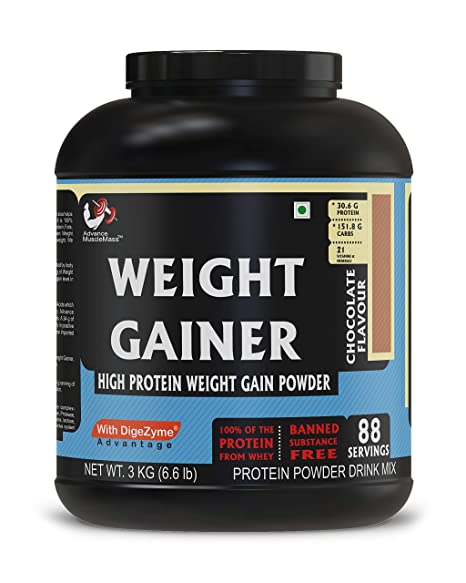 As someone who managed over many years of irresponsible living to gain a bunch of undesirable weight just through natural debauchery, I have never really understood the existence of this product to begin with since getting a lot of calories in a pretty easy thing to accomplish just on your own. However, this product makes the dubious claim that it is loaded with tons of "good" calories despite the fact that all of the versions of this product that I have seen (and accidentally purchased online once) have contained only two major ingredients; whey protein and sugar.

If you are attempting to go from scrawny to brawny then this sort of stuff might actually appeal to you, but for the wrong reasons really. Just look at the top right on that thing... each serving has 150 grams of carbohydrates in it and that, when you consider that a Big Mac has a mere 45 grams of carbs, is just an insane amount of carbs to be getting all at once. Will it provide you with energy? Well I certainly hope so but since these carbs are in a powder form, there is really only one way to make that happen and it is almost always in the form or sugar or even worse, high fructose corn syrup. 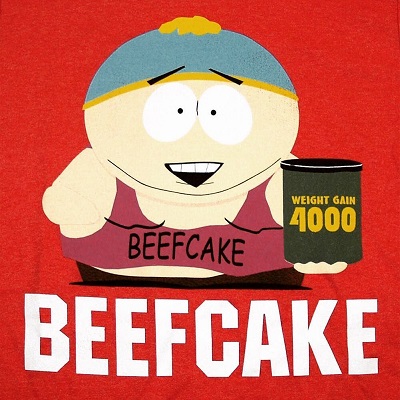 Years ago when I saw the episode of Southpark that featured a weight gainer product, I laughed like everyone else that saw it did. It wasn't until quite some time later that I found out that this is an actual product that people actually purchase.

I don't know very many people that are really struggling to gain weight and this might be a young man's game for all I know, but gaining weight has never really been a problem for me. This probably comes from a position of privilege since my family always had some sort of meat for dinner when I was young.

If you are one of the few people that I can imagine exist that need to sneak more calories into your diet there is a better way of accomplishing this rather than just throwing a bunch of sugar into the mix.

You could just use a regular whey powder that is sugar-free and add some healthy carbs such as oatmeal, fruit, peanut butter, hell, even nutella if you like that sort of thing. All of these are going to be much more natural and healthier carbs than just taking spoonfulls of sugar (which is probably high fructose corn syrup anyway.)

The fitness industry is an absolutely massive one. The estimates on the industry is that it is worth a whopping $37 billion annually and this industry is barely regulated at all. Therefore, when you see a supplement making various claims on it, there is a very good chance that these claims have not been independently verified at all. They will claim to have studies that prove certain things but in almost all of these situations these studies were conducted in-house with a desired result already determined beforehand, if the study was even carried out at all.

Don't believe the claims on supplement containers or advertisements. These manufacturers can say basically whatever they want with impunity and sometimes, such as is the case with most "weight gainers" the effect might actually be the opposite you are hoping for.