US and politicians across the West are puppets serving the globalist-Zionist nexus. 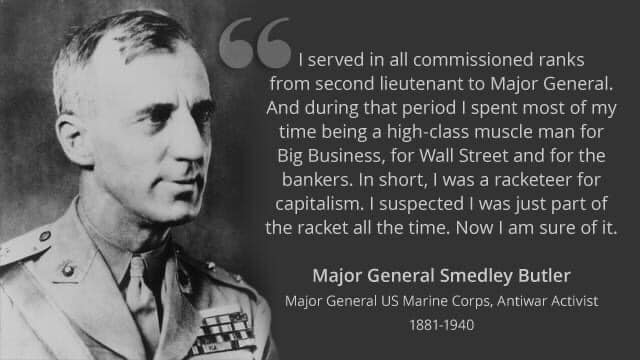 The general US public, which is “we the people” and our interests, are the only legitimate reasons the US government is supposed to exist. How is it the public doesn’t benefit from these taxpayer funded wars in the Mideast while instead we get grief and more taxes as a result? It’s one huge criminal scam with numerous aspects and participants on various levels, including all participants that, unwittingly or otherwise, pay taxes of any kind that helps fund these crimes.

Our wars in the Mideast and around the world have been globalist wars for the most part since turn of the century 1900, designed to steal and take control of, aka “privatize,” the world’s natural resources by robbing indigenous populations of their natural resource wealth inheritance - all on behalf of international globalist bankers and the corporations they’ve invested, along with anyone else so invested.

It’s all part of the same ongoing globalization scheme which has now been tied to Covid-19 policies with plans to impose, among other things, mandatory vaccines, a cashless society, further free speech restrictions, and police state surveillance across the West and beyond as our overlords claim all that is necessary to “stop Covid-19 from killing people” even though it appears we’re approaching herd immunity according to qualified experts in various related medical fields.

Joe Biden has made a career out of being a globalist puppet, which is exactly why the DNC, with help from the corrupt establishment media, cleared the field during the primary by essentially telling all other democrats to bow out so Biden could win without any real competition in the primary election.

Between the criminal wars and the bank/corporate bailouts after the last fifty years of economic mismanagement and malfeasance, we’re on the verge of economic and social collapse while very few are taking about how we arrived here, though Covid-19 has become the official and very convenient scapegoat.

And while the public suffers, US politician and establishment media puppets don’t question the insanity of saddling future generations of Americans with more war crime debt in service of the globalists and their longstanding plans for the Mideast and the world.

What many don’t want to face, is how the globalists have been waging war against the US public from inside our own country for decades, with help from US and other Western politicians along with the entire Western establishment propaganda “news and entertainment” industries.