Trump was ousted from office for the same reasons that Kennedy was ousted. 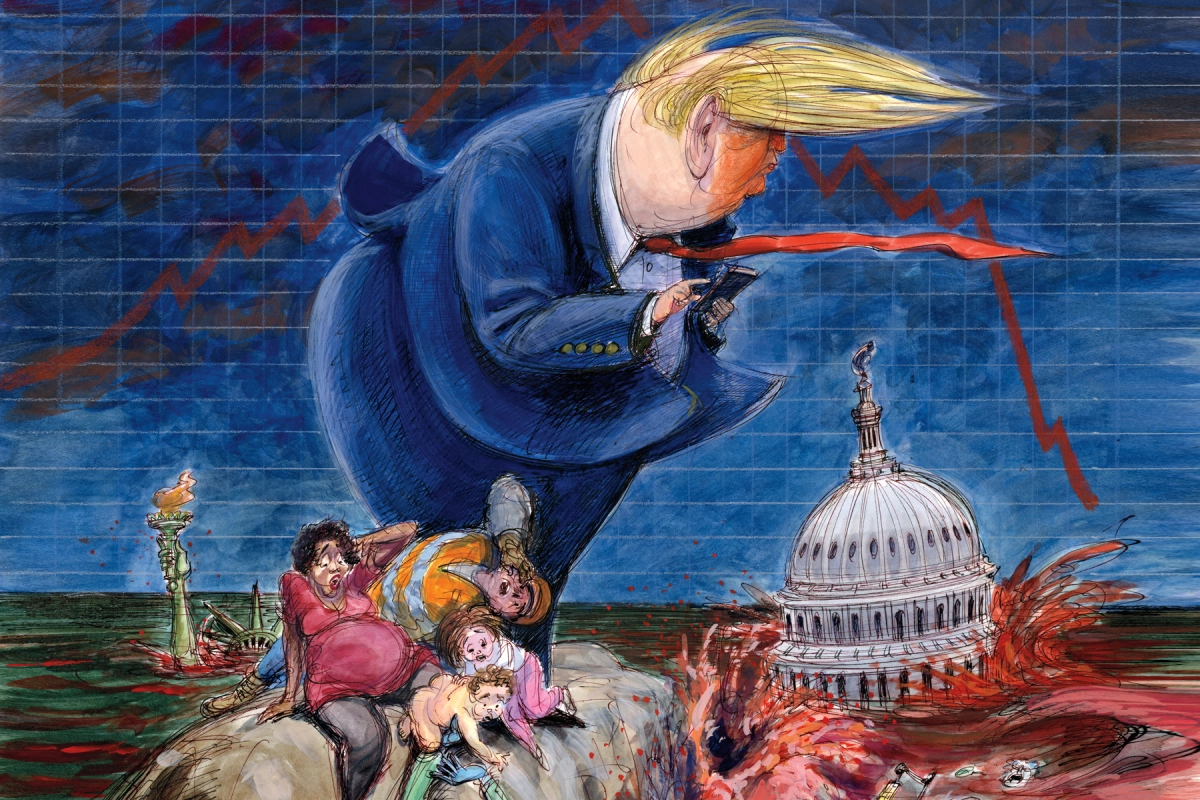 It helps to understand that the biggest international bankers and industrialists have considerable influence over the US politicians who run our government, if you really want to know what Trump did for us.

If you do not understand that the Rockefeller commercial banks, Chase and Citi, plus the other two Big Four US Banks were both Obama and McCain’s top donors in 2008, as they ran against each other, then you will not be able to fathom what Trump did for us.

If you do not understand that the Rockefellers and Bushes ran the CIA after WWII and that the CIA has been involved in many coups around the world and more than one in the USA since WWII, then you will not be able to understand what Trump did for us, not counting the failed CIA/FBI coups against Ford (missed him) and Reagan (The CIA-connected John Hinckley Jr. shot Reagan through a lung, but he survived.)

Presidents that were ousted prematurely by the CIA/FBI were Jack Kennedy, LBJ, Richard Nixon, Jimmy Carter, and Donald Trump.

The Rockefellers and Bushes tried to oust FDR in a coup before WWII (called the Business Plot) but this was foiled by US Major General Butler, although the Congressional committee that investigated Butler’s claims worked to protect the bankers and industrialists behind the coup attempt, who were also funding their campaigns.

Kennedy was ousted from office by the Bush/Rockefelller-run CIA, according to E. Howard Hunt, Marita Lorenz, David Morales, and Frank Sturgis of the CIA, in separate statements. You can see Hunt’s admission of guilt in his 2007 video on YouTube. Hunt went to jail for organizing the Watergate break-in, which was used by the CIA and FBI to oust Richard Nixon.

Jack Kennedy supported CIA coup efforts but refused to back them up with full-blown military invasions. Kennedy got rid of the income tax loophole for Rockefeller and Rothschild oil corporations. Kennedy also threatened to take Rockefeller/Rothschild control of the Federal Reserve system away from them.

Kennedy was shot in the head by the Rockefellers and Bushes for doing what Trump did as well (according to E. Howard Hunt of the CIA, who stated that he helped kill Kennedy and named the other CIA men involved, on video, in 2007.)

What did Trump do for us? He refused to start new oil wars in Venezuela and Iran, and fired John Bolton over this, saying that Bolton was trying to start WWIII.

Congress borrowed over six trillion dollars for oil wars in nine nations since 1991. It was added to our National Debt.

The bad trade deals hurt the economy of the US.

These wars and bad trade deals took away the hopes and dreams of countless Americans, economically.

Trump fought them and boosted the US economy in the process.

The Rockefeller-created WHO led economic sanctions that hurt the world economy. The Rockefeller and Rothschild Federal Reserve controllers bailed out their commercial banks and many other corporations with five trillion dollars that they created out of thin air.

Almost 80% of another 2.2 trillion dollar bailout that was passed by the big-bank-establishment-financed members of Congress went to the banks and corporations that are their top donors.

The stock markets rocketed to unseen heights while the US economy tanked for most people.

Trump was ousted in a coup. This was run by the CIA, through Italy, Germany, and China, via the US State Department, etc. We have the vote-flipping records from the internet traffic records.

For those people who are not afraid that their brain will explode, Google the historic members of the Rockefeller and Rothschild run private Council on Foreign Relations (Wikipedia). This organization is the central hub of big bank establishment control over the politicians that we vote for.