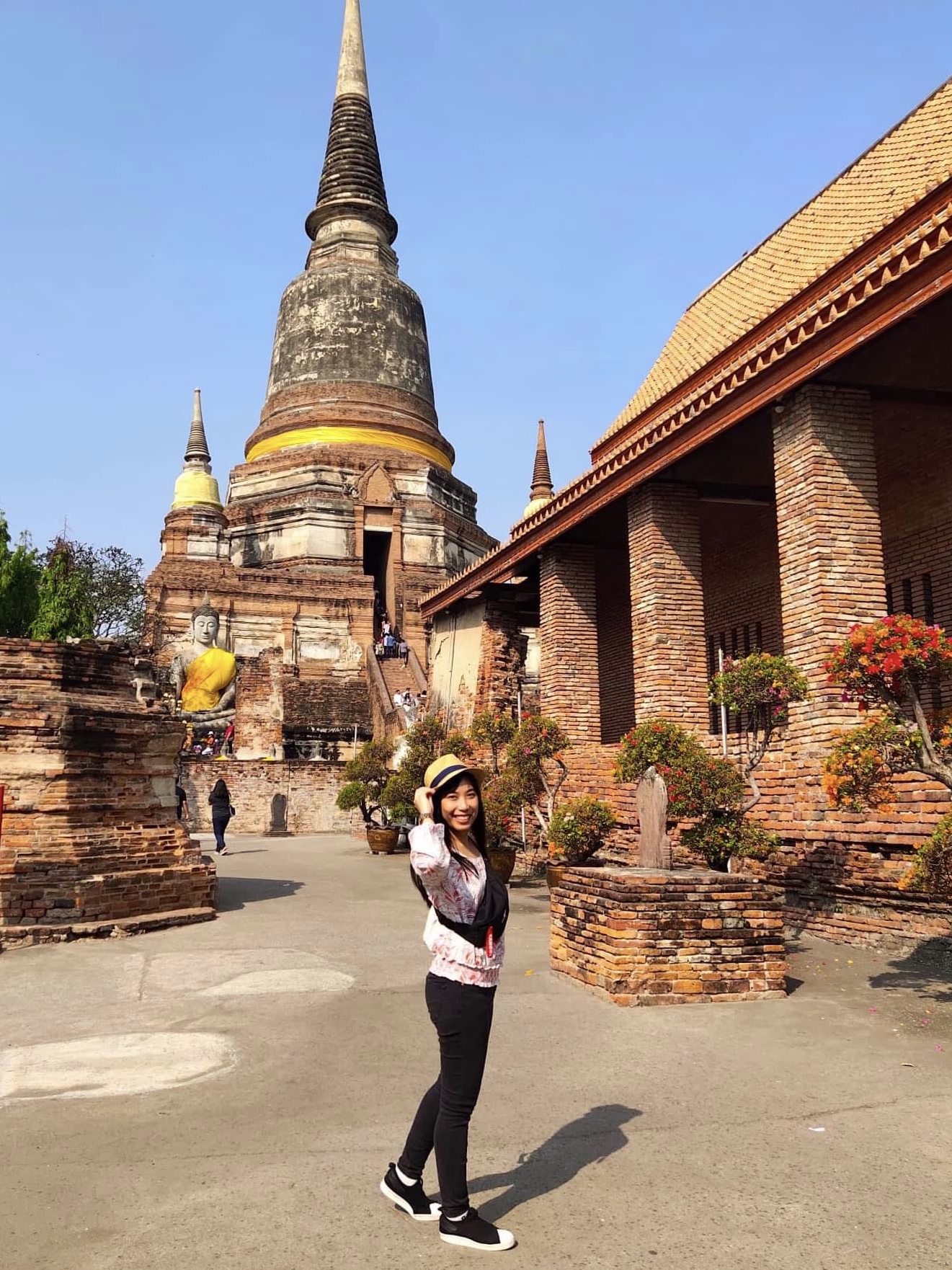 I’m still in Ayutthaya, Thailand in this post where there are a lot of historical and ancient temples. I’m going to show you the Wat Yai Chai Monkhon, which is no less interesting a temple than Wat Phra Si Sanphet, which I showed you in the last post.

Wat Yai Chai Monkhon's original name is Wat Pakeaw or Wat Chao Phra Ya Thai, and was built in the 14th century during the reign of King U-Thong. In 1592 King Naresuan won the war with the Burmese crown prince in a duel on elephant back. After that, he constructed the pagoda “Phra Maha Chedi Chai Mongkhon” in memorial of the victory. Most people have called this temple “Wat Yai” or Phra Chedi Yai” until now.

Visitors can climb the stairs to see the view over the temple. The pagoda is surrounded with stone buddha statues. Actually, these Buddhas aren’t the originals because some of them were destroyed in the war.

Not far from the entrance gate you will see the Reclining Buddha that was constructed during the reign of King Naresuan and was located in a building known as Wihan Phra Phuttha Saiyat.

Thank you for stopping by my post. If you enjoyed reading it, please upvote & follow me for more posts and photos about life in Japan and Thailand.

According to the Bible, The Mark of a True Witness: No More, No Less

thank you for the beautiful photos, have a good trip

Cool, I'm sure it takes one day to be there and look all this 😅👌😋

Congratulations @noopu! Your post made the TravelFeed team happy so we have sent you our big smile. Keep up the good job. 😃

Thanks for using TravelFeed!
@invisusmundi (TravelFeed team)PS: You can now search for your travels on-the-go with our Android App. Download it on Google Play

Your post was upvoted by @steem-ua, new Steem dApp, using UserAuthority for algorithmic post curation!
Your UA account score is currently 4.010 which ranks you at #4060 across all Steem accounts.
Your rank has dropped 6 places in the last three days (old rank 4054).

In our last Algorithmic Curation Round, consisting of 95 contributions, your post is ranked at #51.