Somewhat Reluctant: This Doesn't Need To Be Any Harder Than It Already Is 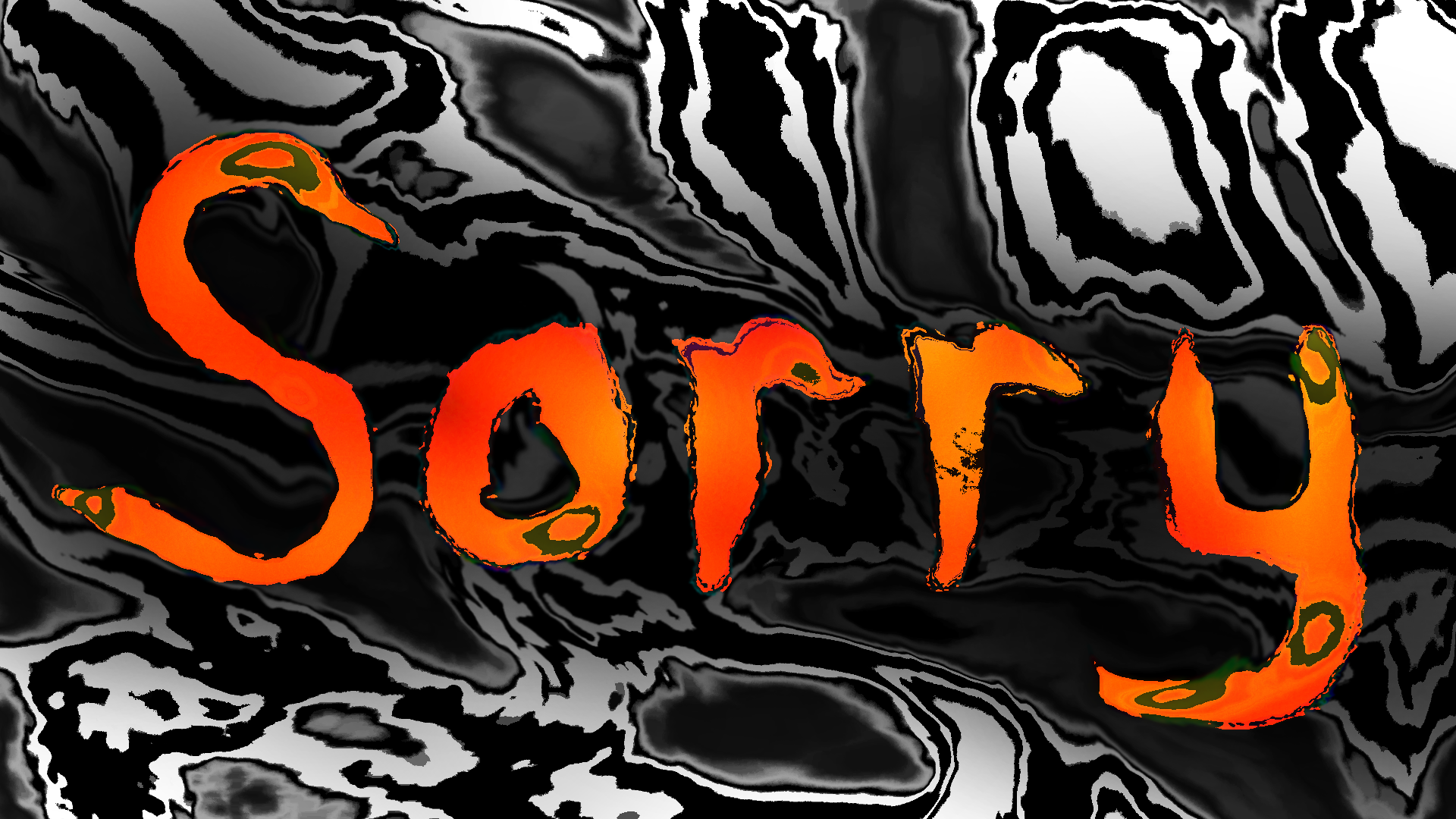 I know my approach to all this _content production stuff_ can be quite unusual at times.
That's life though. Totally normal.

I haven't been comfortable being myself lately.

First I'd just like to say thanks to all of you out there who have taken a shining to what I do and how I do it. I've been able to have a lot of fun here, because of you people. Thanks for your loyalty over the many months and years. The art is nothing without your eyes and if I'm writing jokes, those are nothing without your laughs.

The environment is constantly changing. There's no such thing as a comfort zone if you're truly trying to be the best at what you do. One must constantly adapt, go with the flow, try to make it work, hope for the best, and forget about swimming upstream because that's how you drown.

Sink or swim. The choice is yours.

I came back in May of this year after a lengthy hiatus. From there I quickly realized change was on the horizon. There were plenty of debates, a lot of confusion and misinformation, along with some truth thrown in the mix. From then until the hardforks, it was a tough time to be a content producer here but I had decided to stick around and carry on, business as usual, so I could see where this was all going.

I've been a part of this experiment since a few months shy of the beginning and plan to stick around to be a lab rat for as long as my mind allows. A little hardfork wouldn't be enough to scare me away plus I expected some members to panic and become increasingly paranoid, since that's what happened every time something changed, so it was easy to take it all with a grain of salt.

Here's a quote from my post a few hours before the hardfork(s):

Some changes coming up soon here on the chain. I hope I'm not alone when I say, I hope to see good things in the future, here.
For me, of course, because it's healthy to look out for number one. And for everyone else who still gives a crap and wants to see the place thrive as well.
I certainly don't expect to see drastic improvements within the first few hours. Hopefully I'm not the only one around with the ability to remain calm and be patient.

Of course, in typical @NoNamesLeftToUse fashion, I also included some subliminal messages within the artwork included in that post. Do you pay attention to the signs? 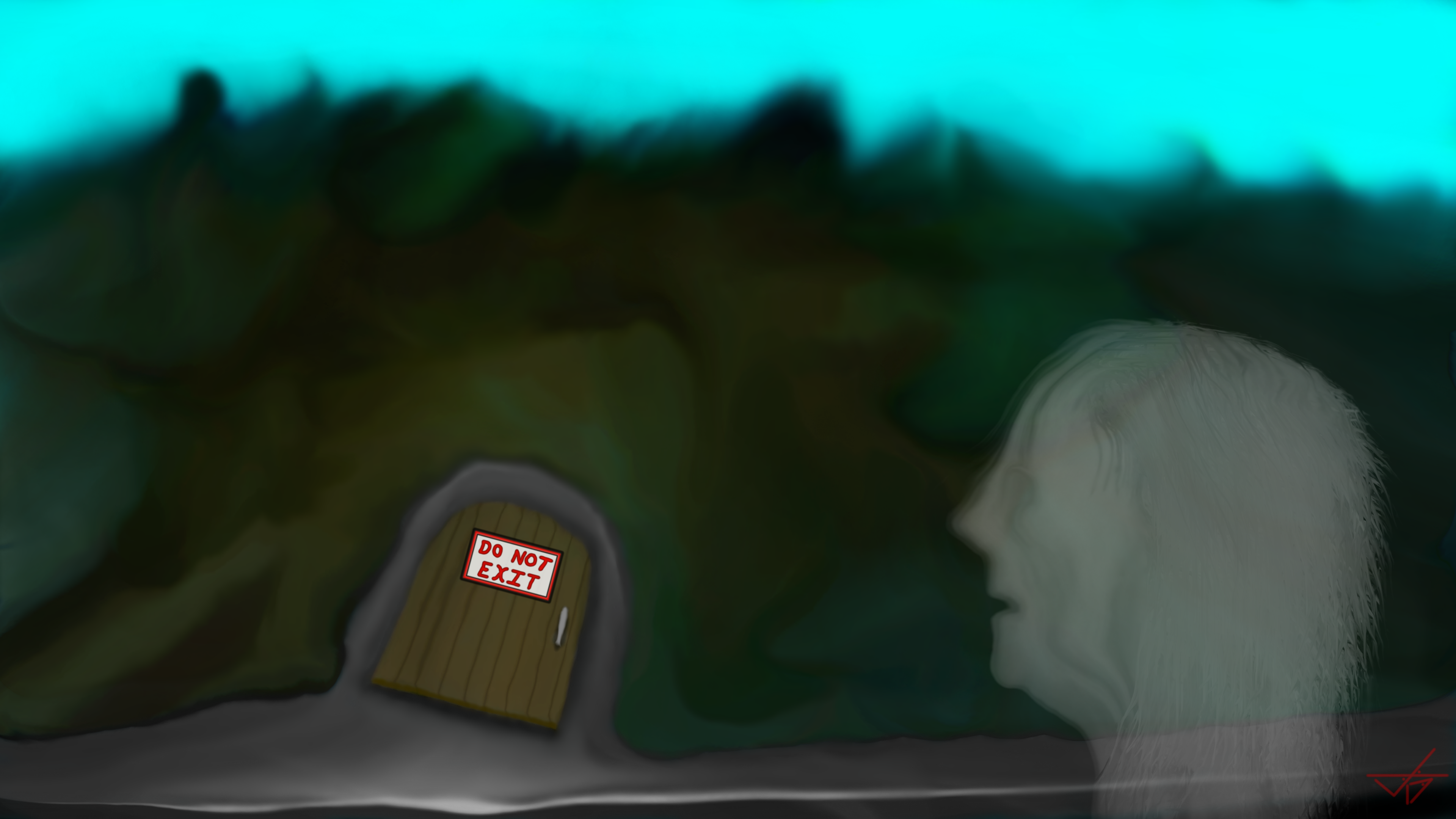 It all happened so fast.

I wasn't expecting this: 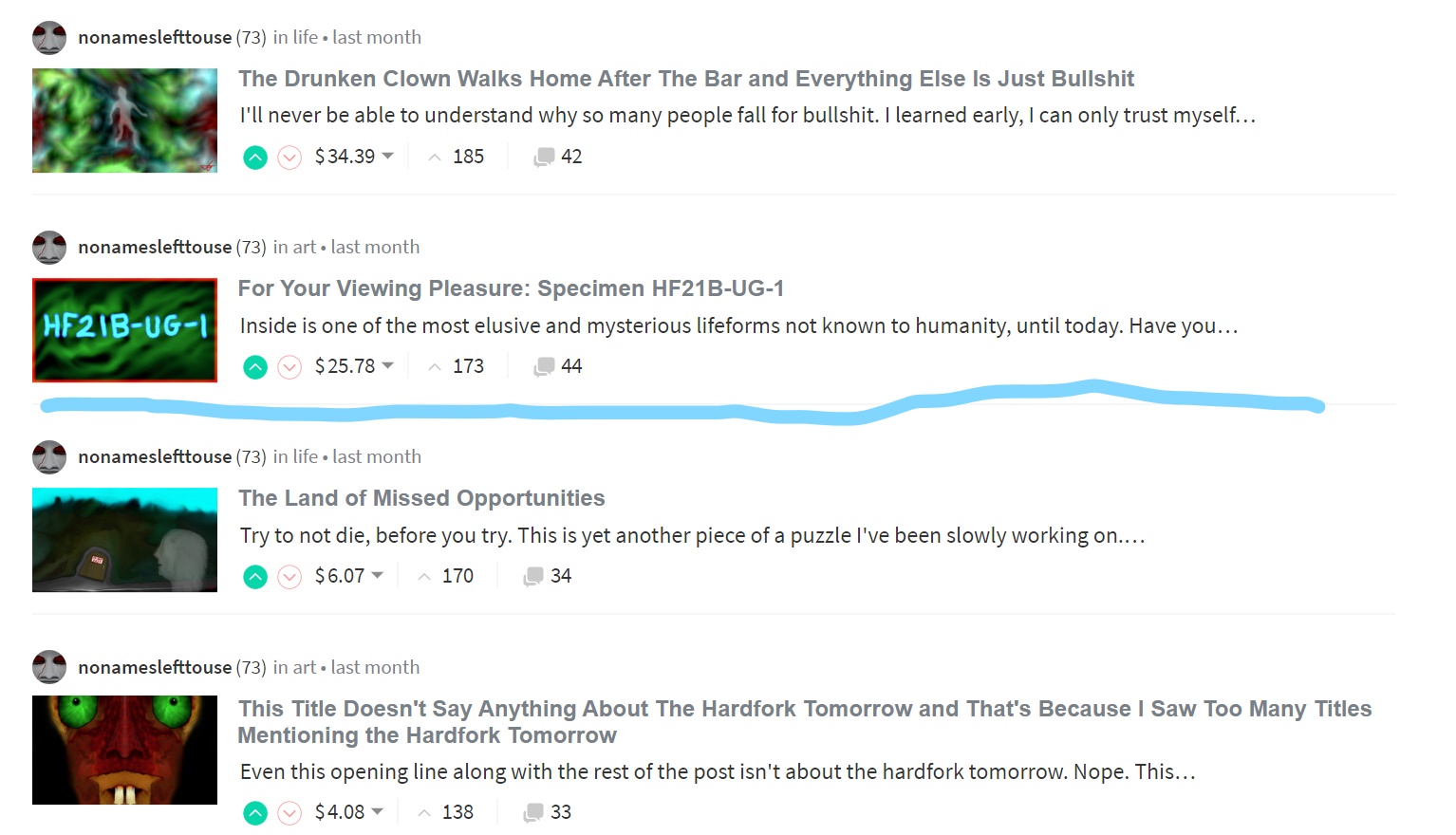 That nice and straight blue line indicates when the changes went into effect.

I had explained how I wasn't expecting to see much change within hours but in under twenty-four hours I was already feeling it.

I looked around and saw many others actually experiencing what it's like to have actual curators around again. Since then I've noticed many, many more are feeling the impact, in a good way.

Some are still stuck in the past.

Some have demonstrated how poorly they handle stress and change.

I'm not shocked at all to see people suddenly lose interest in being a "content producer" the moment they could no longer use and abuse paid votes for profit.

They never cared about growing a genuine following and producing content people actually enjoy. The "content" was filler and only existed so they could scrape pennies off the floor then cash out. They didn't give a crap. This place was a slot machine to them and they were gambling addicts, not artists, writers, photographers, or actual content producers in general.

Calling it "promotion" was a trick and many of them quickly realized, once they were on their own, those paid votes marketed as "the easy way to grow a following," did not earn them a genuine and loyal following who would be there to support "content" not many even knew existed. Paying people to look away means nobody was looking.
I guess they forgot to read the fine print.

Many quickly discovered they were on their own and would have to actually grind away, put in the time, work to earn their keep.

So, some of the spoiled brats freaked out and quit. A small handful of disgruntled leeches. Some had the nerve to say the death of the platform is near, because they were inconvenienced.

A few of these people powering down and leaving now will never compare to the thousands who were forced to leave during the two years paid votes took control of the reward pool.

Did these paid vote addicted nobodies care about all those people they drove away, over the span of two years? Nope.

Them throwing hissy fits now and leaving is part of the healing process. This place was sick for two years. Now it's slowly starting to heal. A few germs are lingering around to say they quit, every hour, daily, and they'll probably do that for a few months before they actually quit. Whatever.

Am I being harsh?

Compared to how they talk...

No. That isn't harsh at all. Some of those folks have shown their true psychopathic colors now and have proven they never cared about this place or the people, after spending two years stomping on all genuine members who did care, forcing many to leave.

Some of these disgruntled abusive types now write the end is near posts and a metric shit-ton of other bogus and nonsensical garbage preaching hate. Some treat those who'd prefer to see this place thrive, like complete trash. They'll claim a downvote after purchasing an exploit is toxic and insulting rather than realizing there's no need to purchase something that — without interference from a third party — is designed to be free. Rather than presenting a rational and honest side to an argument, they become toxic and start insulting anyone who sees things a bit differently.

So like most things that don't make sense to me,

I don't pay much attention to it.

That negative nonsense is contagious and there's no point in arguing with people like that. I know it's there. I know it exists. It even shows up on my doorstep sometimes but that's rare and my comment section is usually about people having fun and acting civil, which is something I've always enjoyed.

Thanks for your support.

This all happened so fast.

With the added support comes the added responsibility and pressure to perform.

Some of you who've followed me for a long while may have noticed I've been doing more writing, producing less art, and I'm not posting as much as I used to.

Many of my posts in the past centered around my artwork were short and sweet. Many of those posts would come equipped with some mindless ramblings and for the most part, they were meant to be entertaining.

That's been part of my style here, for years. It's supposed to be fun for those viewing/reading. 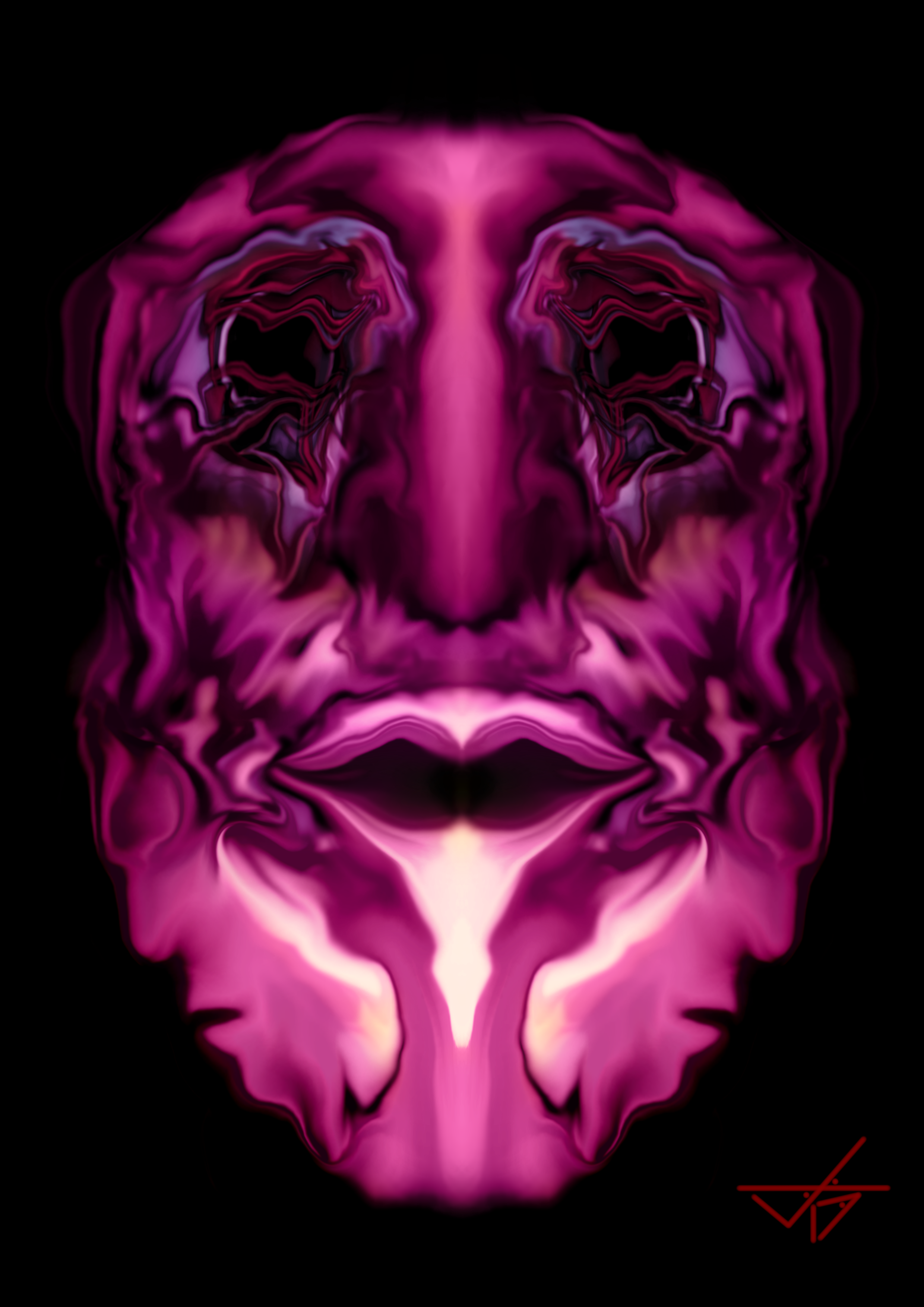 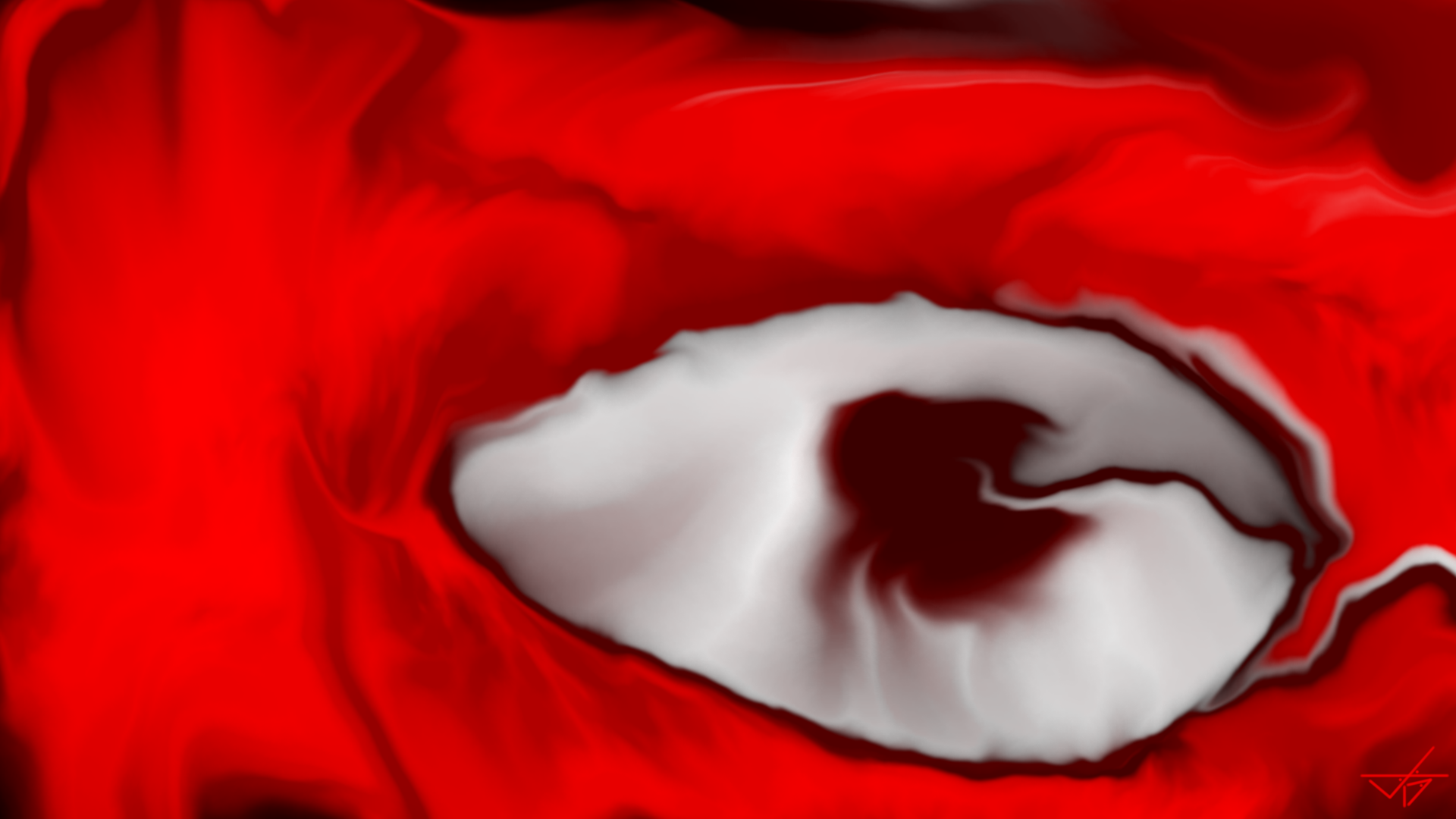 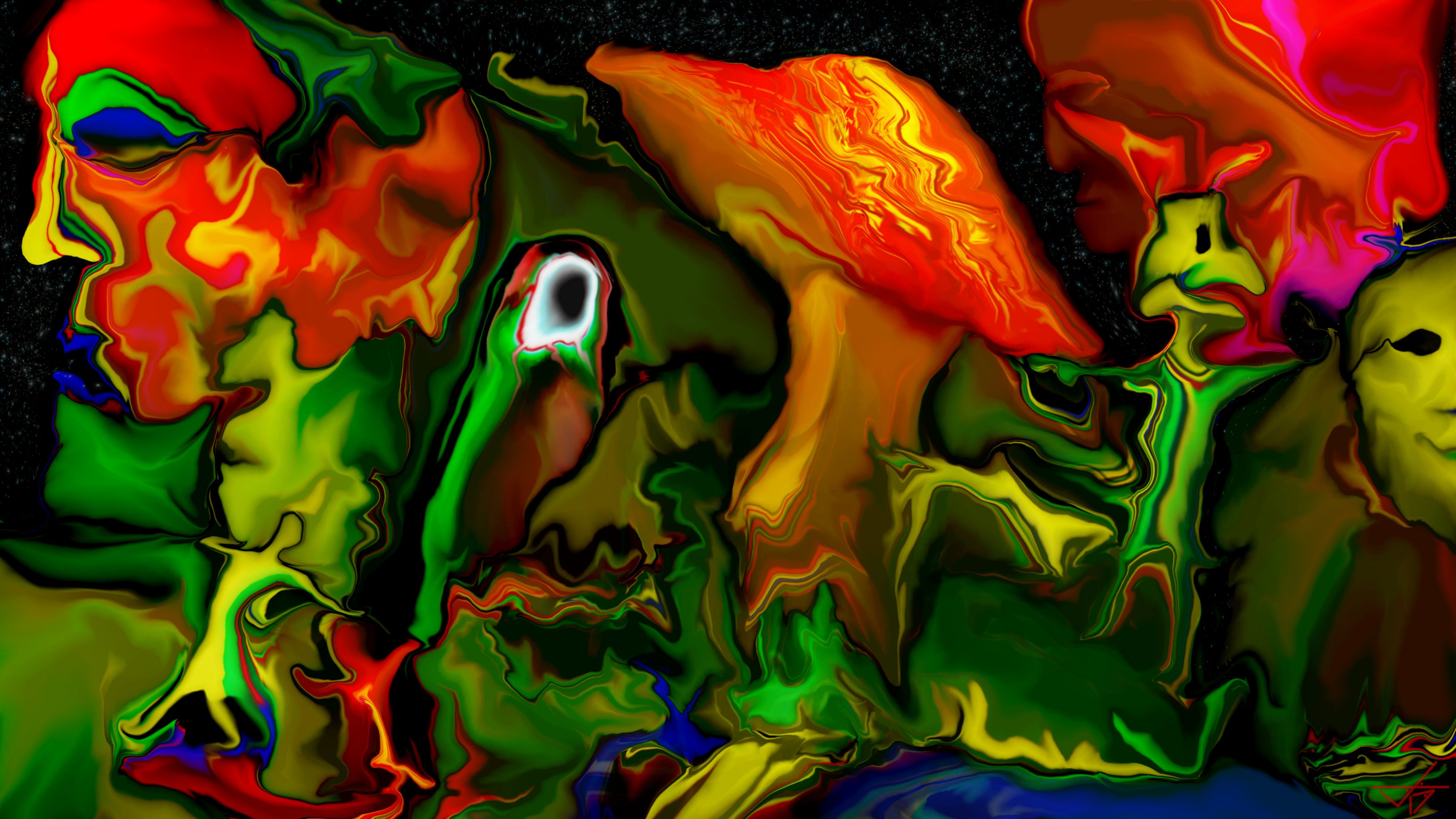 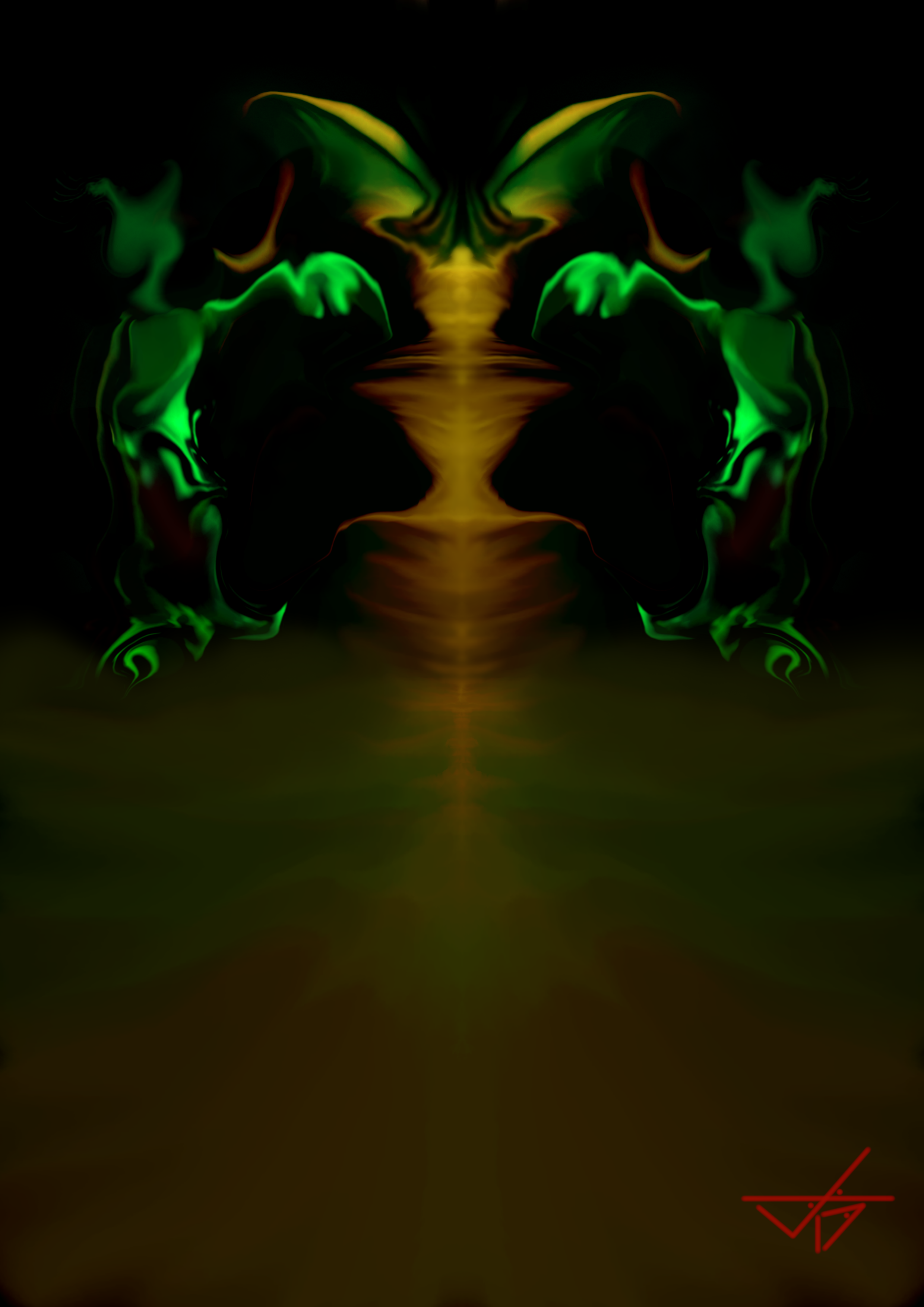 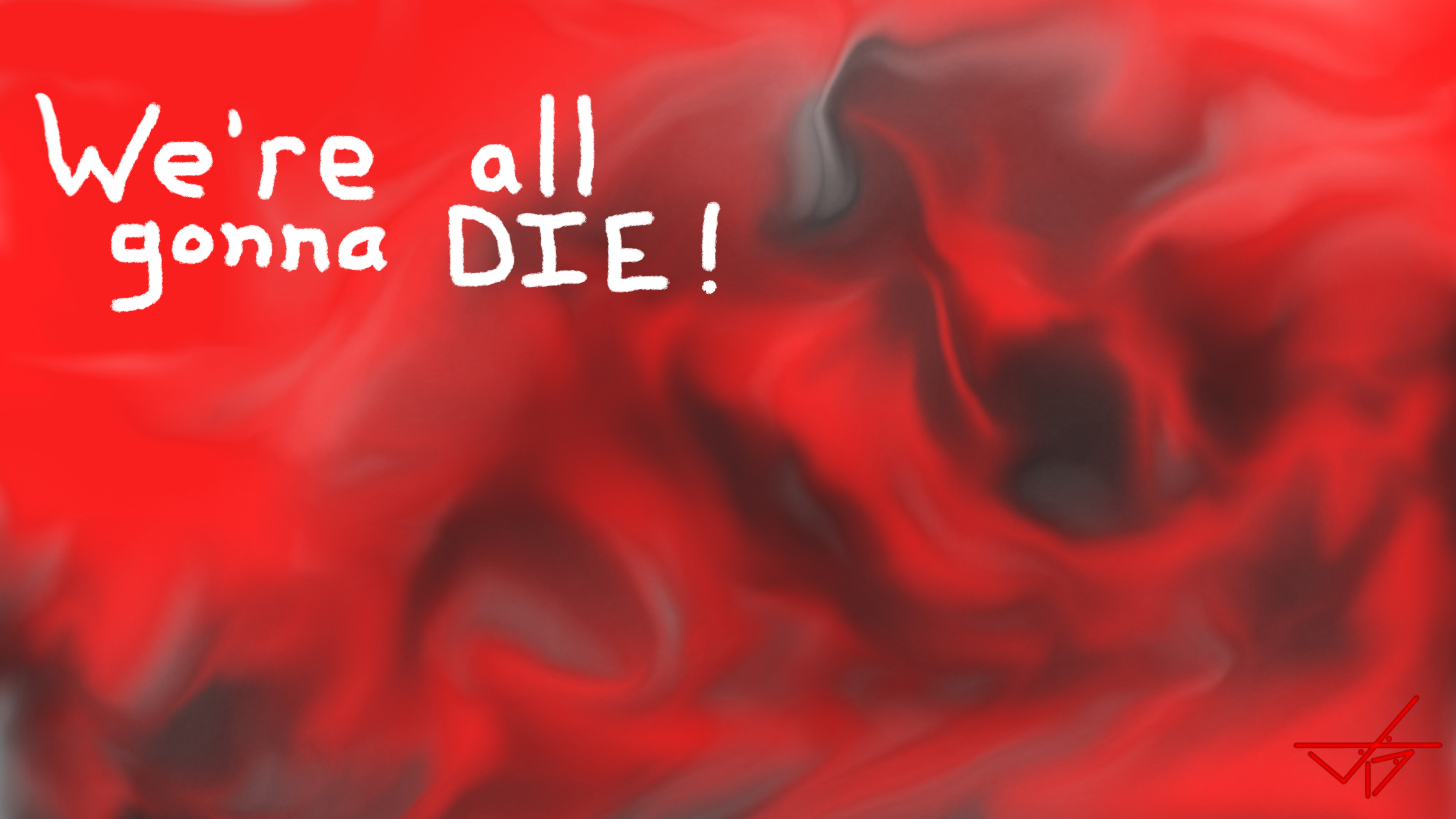 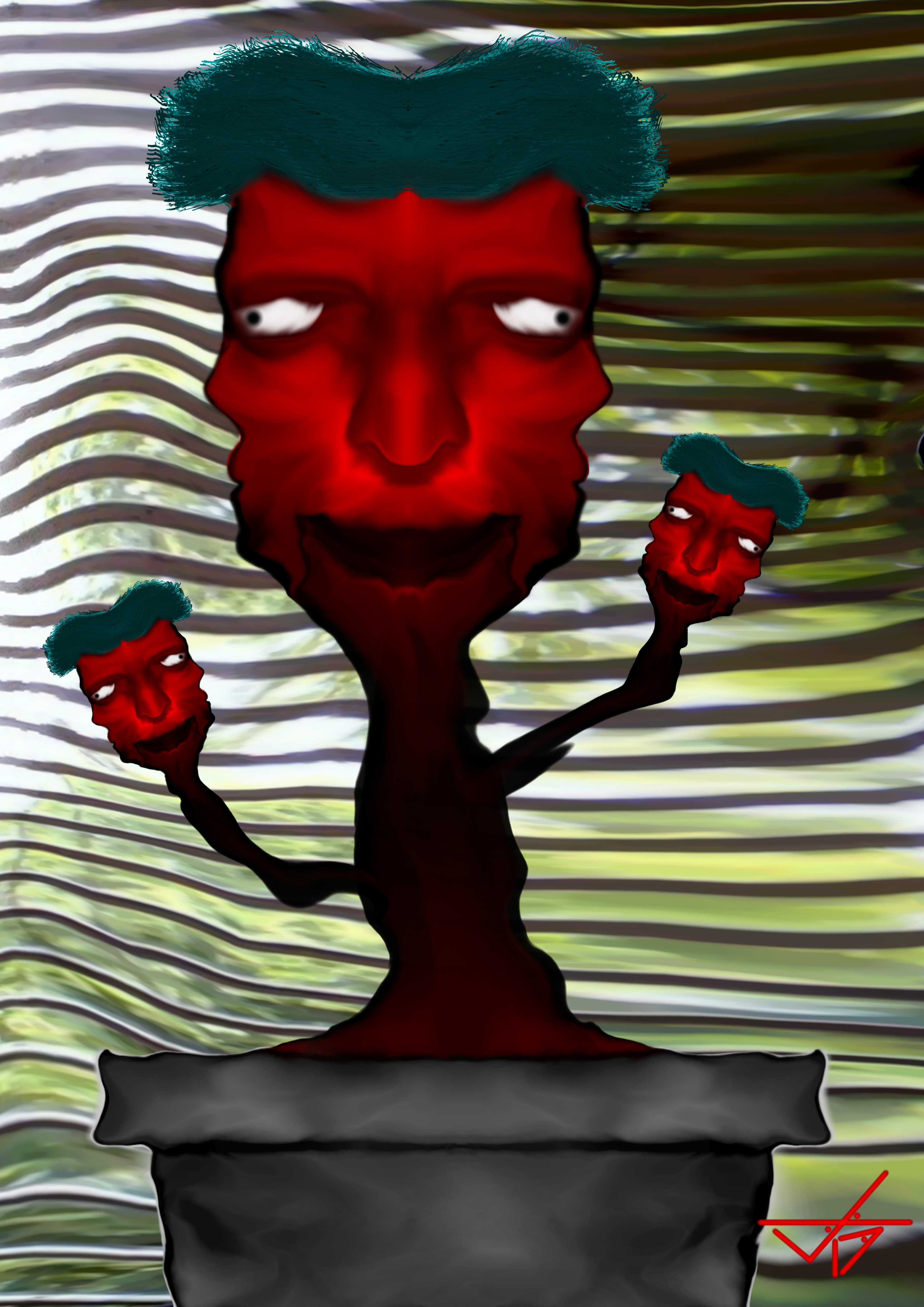 Enjoying what I do makes it easier to do what I do.

It's not unusual for me to spend more than twelve hours working on a post. Many new to my world only see the writing, somehow, even though plenty of hours were spent producing new images from scratch and those are typically located directly under their noses.

With the sudden and unexpected increase in support and visibility, I've been reluctant to spend several hours working on art to go along with a short post or ridiculous write-up, because for some stupid reason I was thinking people would come along to call it a shit post.

I felt tremendous pressure to do my best and attempt to impress, everyone. Add that in with my knowledge of what typically happens to those who find success here. In the past, more often than not, haters would crawl out of the woodwork to bash people left, right, and center. Some of you may have read my rants about how you're damned if you do and damned if you don't around here.

Fear tried to take over.

So I took a week off to gather my thoughts.

Threw caution to the wind. I work for me, not the haters.

My previous post was a test. That went better than I thought it would.

Only one hater showed up to combine a downvote with some stupid comment about my work being the end of Steem.

Having fun will not be the end of Steem.

I guess now would be a good time to start today's post.

Look what I made! 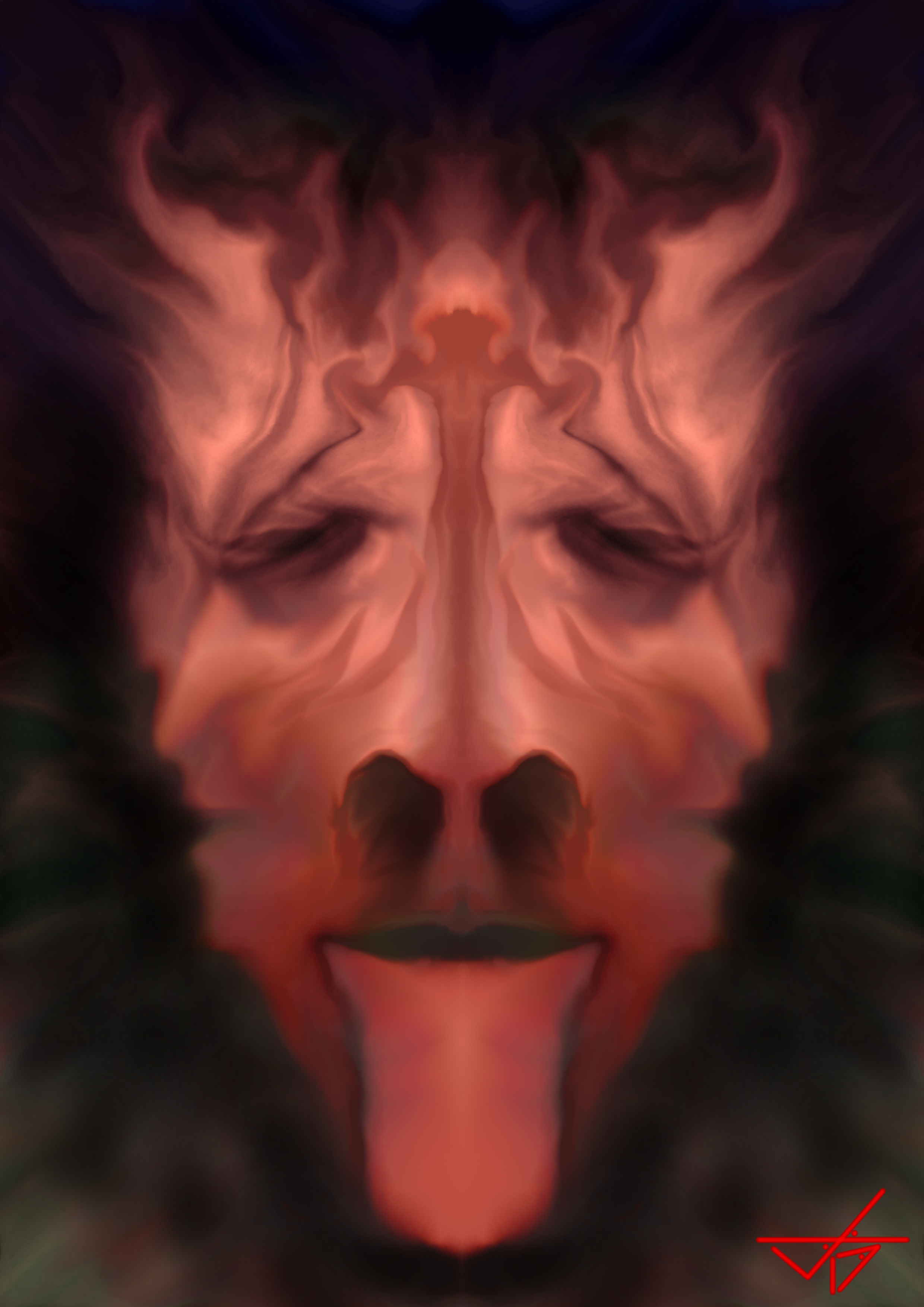 "Some days it's hard to think of something to write here in this space. Today it was easy!"
© 2019 @NoNamesLeftToUse.  All rights reserved.
artcreativecoinpalnetneoxian