FOOTBALL FANTASY - ARE YOU THE BEST REAL-TIME STEEM SOCCER MANAGER? 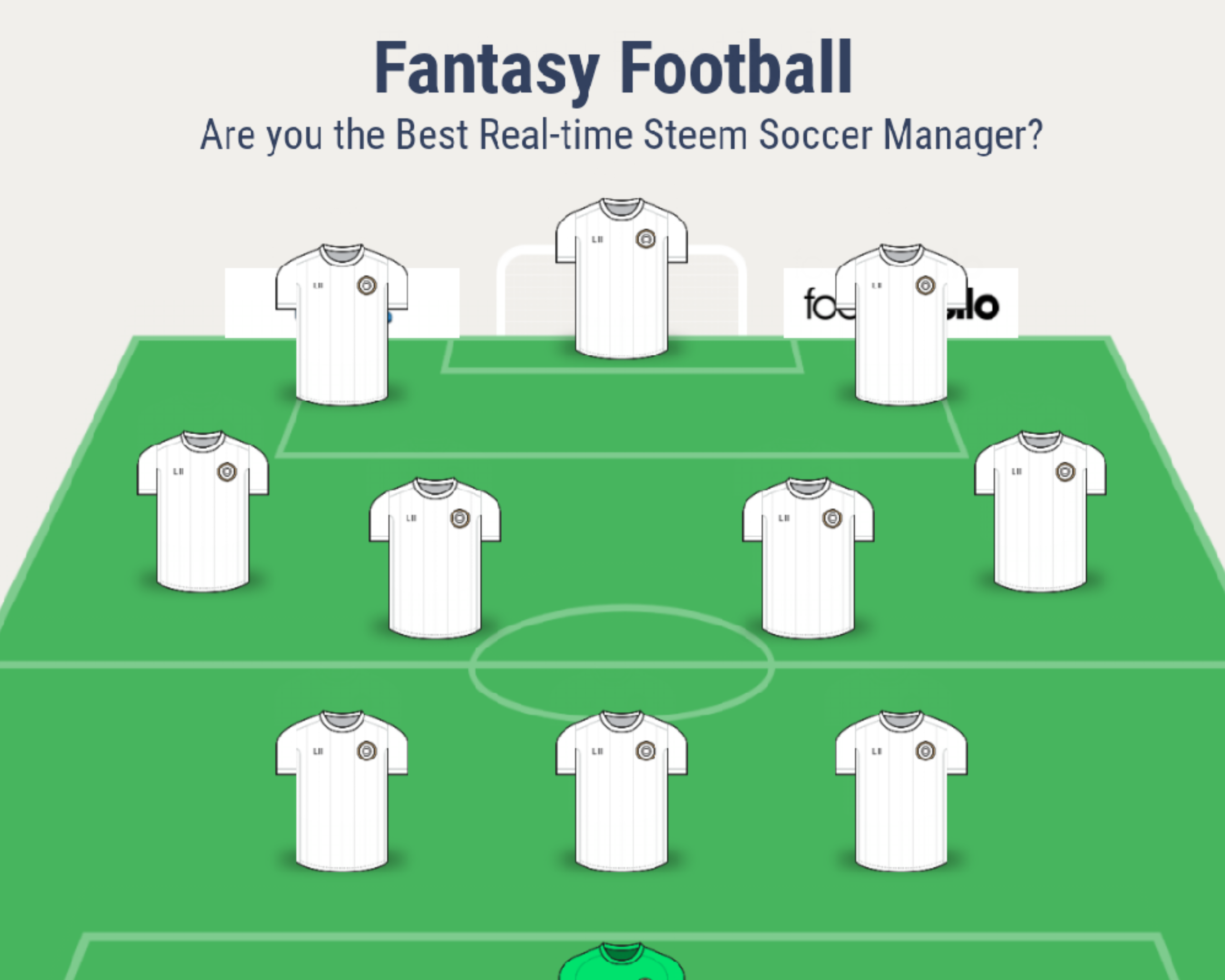 I am initiating this new series of football fantasy. This seems to be the best time since players have returned from their international duty and the various league matches have resumed. My initial worry was that it would only suit the top leagues but I think I have now pieced it together.

Most football fantasy games are limited to just one league, this isn't. This therefore provides an avenue for managers sign a wide range of players onto their team. I wanted to set a fixed amount of funds for each manager so that a team cannot be full of only "world class" players. This might be a little confusing to some participants so I have therefore decided to make each transfer free.

However, your squad must include players covering every vital position on the football field. Meaning you must include a variety of players whose roles range from the forwards to the goalkeeper.

This Fantasy counts for all of the player's matches between Friday and Monday. Points and winners would be announced on the following Tuesday.

I would use the just concluded matches last weekend as an example as to what is expected. 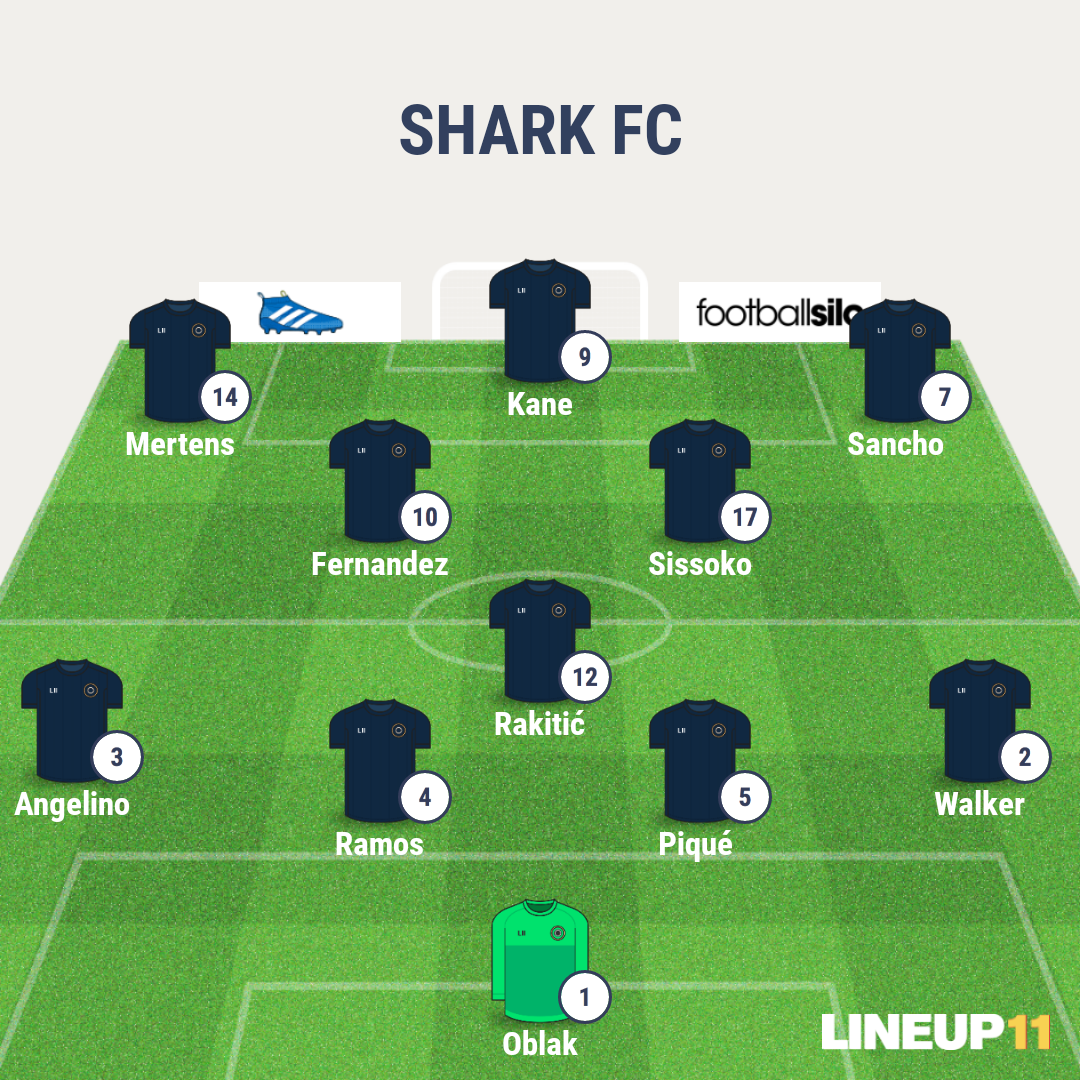 In the above selection,

I hope it's well understood. I'm happy to answer any questions in the comments section.

All images were made with the Line Up 11 mobile app.

JOIN US ON DISCORD

Join our World Of Football Community
Delegate to our official @worldoffootball account through the following links:
1002505001000
5000
hive-130734footballfantasysteemfantasyworldoffootballcontestcompetitionsoccer

You can start making your selection today but the only games played by the players in your squad from Friday (23rd) to Moday would count.

Thank you @theatrorve. I will be looking forward to yours.

Wow!!! I love it. It looks like Fantasy UEFA. But I have several doubts.

2 .- The players are only from European leagues or can include Asian or American leagues?

This Fantasy counts for all of the player's matches between Friday and Monday. Points and winners would be announced on the following Tuesday.

I think this is the most difficult task because we must be sure that these players will play in order to get points in this fantasy.

1 - Yes. The name can be anything you decide to call your team.

2 - Not only from europe. Any team in the world that is recognised.

3 - It is a real- time fantasy @marcybetancourt, as such you have to know they will be playing. I know, kind of stressful 😬

@njaywan
Interesting concept. But Can I select any player from any countries??

Yes you can. I wanted it to be wide-ranging so that everyone could participate. That's why you get more points for including players from different leagues.

They are 15 players in the team of the dantacia. 11 on the field and 4 on the bench.

Do these 15 players have to be fixed for the whole season or can they be changed whenever you want?

I ask this because there are players who are currently injured and must return soon. When they return, can I replace one I have with the newcomer?

And this game is limited only to the leagues, do not include other tournaments?

Thank you for this event.

I think it is too open, I would have a hard time scoring them so let's limit it to the leagues.

The 15 players are for just this weekend (this Friday to Monday) after that another 15 players can be selected for the next week.

So each week I can announce the points.

Looking forward to it .

I have a doubt:

How do the teams play to earn points for goals?

I really don't know what Fantasy Football is like.

I already have my team, but I must include or replace players so that there are 7 different leagues.

Okay. So you have to select your own players from any major league you want.

You have to know that the player would be playing during the weekend (from Friday to Monday).

Here are the points system:

Good Luck for Everyone.

My entry is ready now
https://steempeak.com/hive-130734/@fredkese/the-best-real-time-steem-soccer-manager-contest-my-football-fantasy-week-one

Here is my Entry,
https://goldvoice.club/steem/@tarpan/football-fantasy-tarpan-s-knight-riders

This is my entry
https://goldvoice.club/steem/@eberechi10/football-fantasy-eberechi10-fc