ALL ABOUT BLOCKCHAIN SECURITY - 51% ATTACK 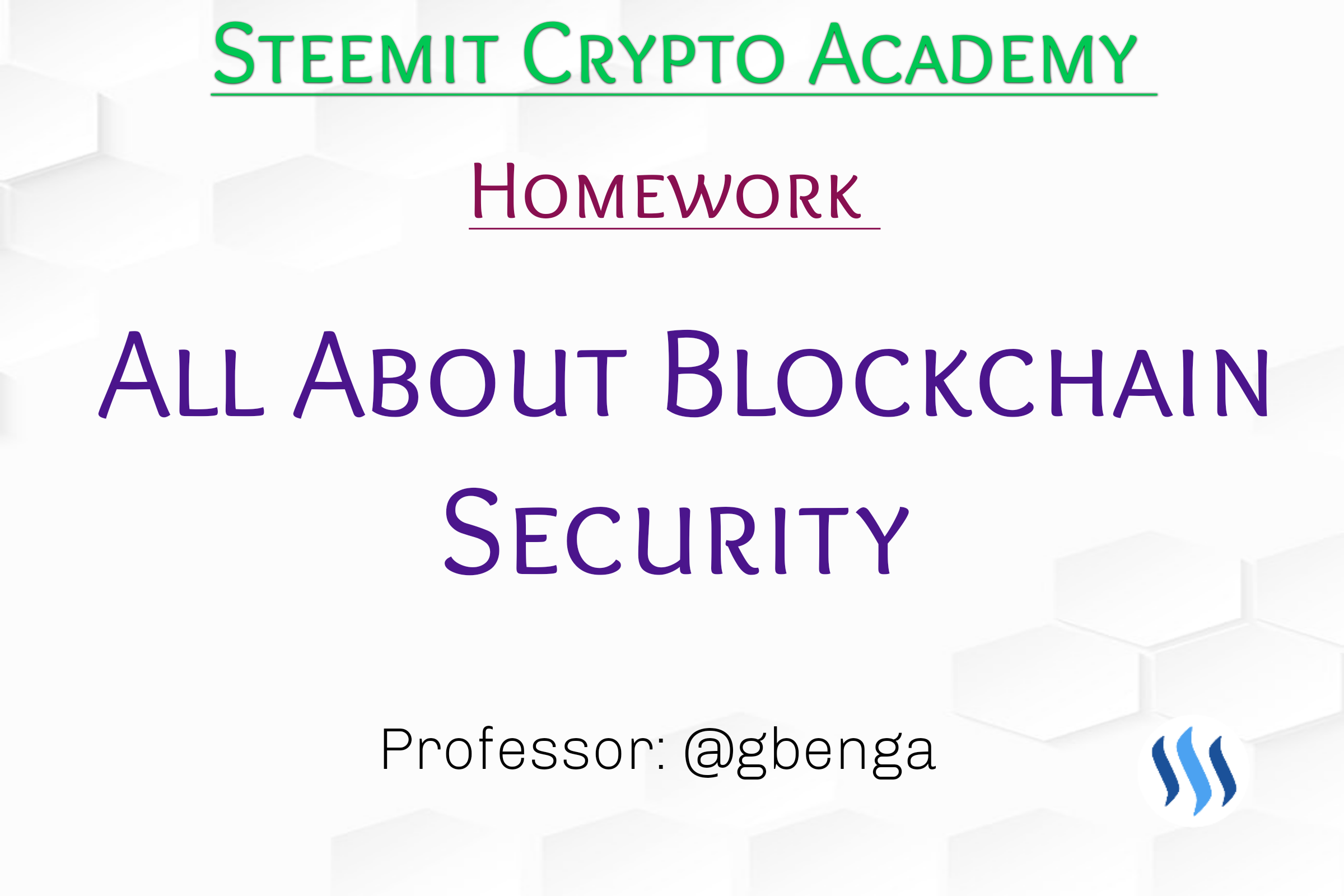 Generally, blockchain technology is quite secure. This is because, data is shared across several computers on various nodes eliminating the possibility of a single point failure. Also, the underlying mechanism such as game theory which backs the technology makes it extremely difficult to be penetrated. Yet still, it still comes with several vulnerabilities which various tech hijackers and fraudsters crave to exploit.

In this article, I will be tackling a very pressing issue that blockchains have been fighting to combat. This is the issue of 51% attack.

Like any public company that has a board of shareholders, whoever owns the majority stake in the company steers its affairs. Similarly, due to the decentralized nature of public blockchains, miners have the responsibility of creating blocks to validate various transactions happening throughout the network. As such any entity or group which dominates more than half of its block production (hash power) controls the majority of the blockchain.

Hackers with great resources at their disposal can therefore take absolute control of the network if they can produce more than 50% of mining blocks, hence 51% attack. And since the sole job of miners is to validate transactions that prevent tampering, block creation and validation can be prevented altogether.

51% attacks can happen on any public blockchain which is why it is essential to have a team of miners, representatives or witnesses working round the clock to prevent this. Such crisis result in various adverse effects. These include; double spending of coins, hindering transaction and preventing block creation.

One a hacker group controls majority of the blockchain's operations, its network is prone to a variety of alterations and tampering altogether. Here are some adverse effects of this form of attack;

Since this form of security threat is associated with blockchain networks, I personally do not have experience with them but I have read a few articles on this matter.

Any public blockchain is susceptible to a 51% attack. However, the risk is reduced when a majority of the hash power is diversified and has several expert oversight on its operation. This is why fully fledged networks like Bitcoin and Ethereum are less prone to these attacks than that of altcoins.

Thank you for your attention.

I would appreciate your thoughtful contributions in the comment section as well. Thank you for your atttention.

To the attention of professor @gbenga

I had the idea about the 51% share ensure the shareholders could make a decision from the end of the voting of majority. but in case of block producing it is also a similar way as he explained that 51% producers can have the influence and impact on the blockchain. and 3 more issues you have covered very nicely what they can do in terms of block producing like Prevent Block Creation, Double Spending Tokens, Hindering transactions

That a very thoughtful contribution from you @engrsayful. Thank you.

51% attack is often used by bad actors especially when a protocol is about to be introduced into the blockchain or so as to affect nodes and start to double spend.