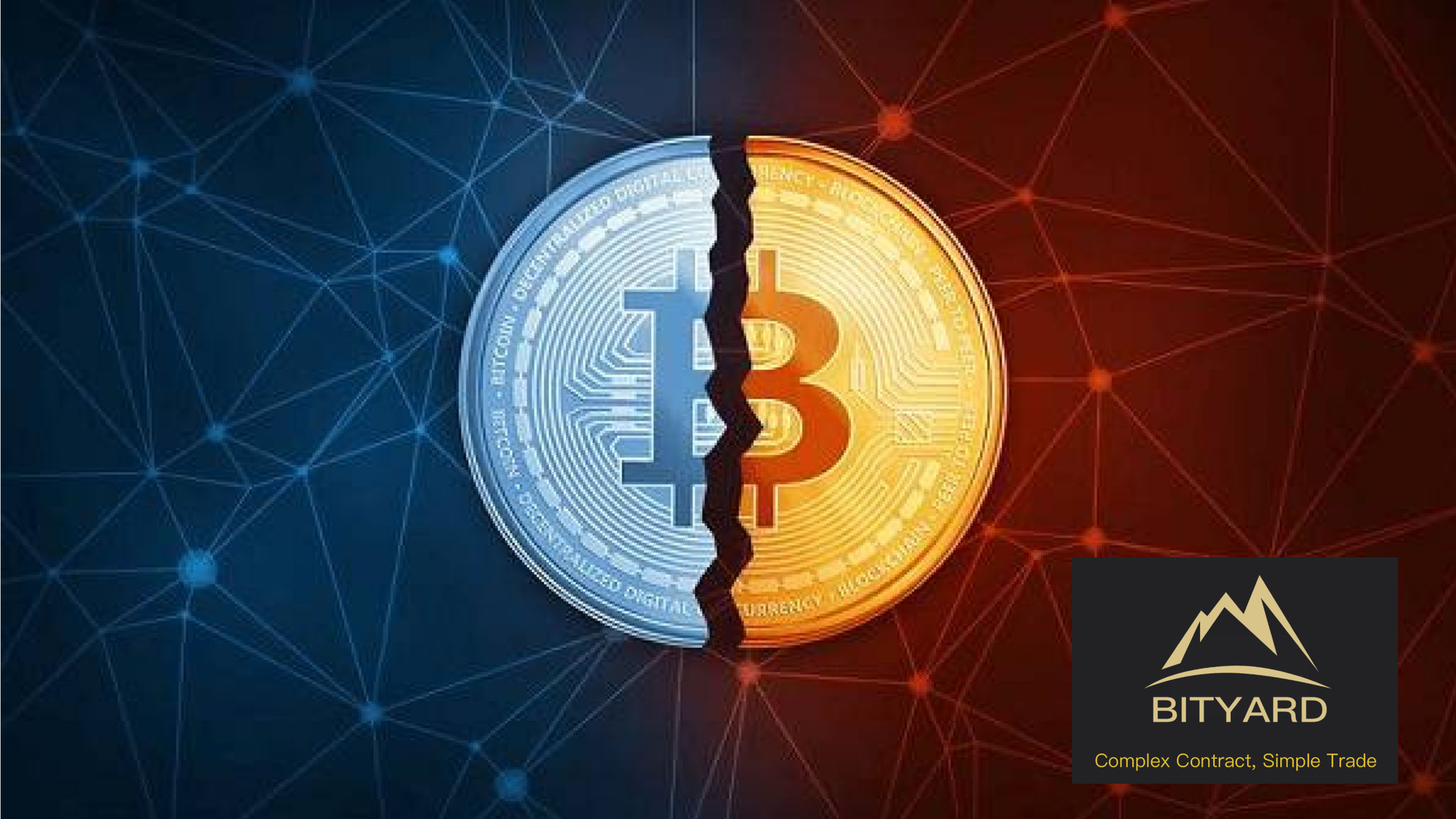 In the world of cryptocurrency, there is a process called bitcoin halving. It is a process where the number of generated rewards per block are divided so as to maintain the total supply if bitcoin that would not exceed 21 million. Block rewards are actually the main engine of bitcoin mining and that makes it the main power of the bitcoin network operation.
Bitcoin halving occurs after every 210,000 blocks and the reward is being reduced by 50 percent for every time in a geometric progression. In the year 2009, the initial block reward was 50 coins but the present block reward is 12.5 coins. By May 2020, the upcoming bitcoins halving is expected to reduce the block reward to 6.25 coins. Bitcoin halving is a very important process because it is what helps bitcoin to be maintained without any authority and it is the main algorithm of emission control.

According to the co-founder of mining R&D nonprofit, the theory of bitcoin halving is to bring into reality that if miners have less to sell, there will also be less bitcoin available. The block reward is definitely an important component of bitcoin, in the sense that it ensures the security of the leaderless system. In the coming years, as the rewards reduce to zero, the economic incentives underlying bitcoin security may be destabilized.

How the Bitcoin Distribution Schedule was Formed

The distribution schedule is being created by the pseudonymous personality, Satoshi Nakamoto. This personality could be an individual or a team but the break is that the personality is unknown so there is no way or no one to explain why this method of choosing new bitcoin was adopted. But some early emails released by Nakamoto opened up some mystery behind this process.

Immediately after the release of the bitcoin white paper, Nakamoto briefly summarized the various ways the chosen monetary policy could work out in future, thinking of the various circumstances under which a deflation or inflation may arise from all of this. However, Nakamoto didn’t know at the time how many users the currency would have if any.
There was very little elaboration on why the particular formula for the creation of new coins was chosen.

How Bitcoin Price is Influenced by Halving

Most of the attention that the halving is getting if late is linked to the fact that a lot of people believe that the halving will lead to an increase in price. But the truth is, no one is sure of what will happen. Since inception, bitcoin has experienced two halving so far.

Reasons Why Bitcoin Miners gets Rewards

It will be impossible for bitcoin to operate without these block rewards. According to the pseudonymous independent researcher Hasu, there are two parts to having bitcoin operate. But bitcoin’s ledger state would answer the question of who owns what and when.

The first part is “who owns what”? It is solved in the cryptography whereby only a private key owner can spend the bitcoin.
The second part is “when”? This is a big issue and was not solved before the inception of bitcoin. According to Hasu, except it is easy for users to spend their coins more than once and effectively create money from thin air.

Bityard is the leading digital contract trading platform in the world and it has officially been launched. Bityard received a strategic investment from a certain US hedge fund that is worth 10 million dollars, according to an industry authoritative source. This creates a precedent in the industry for both simple and complex transactions. The major aim of Bityard is to bring about research and development of important forward-looking technologies, that oversees the expansion of the market and for an ecological construction of the brand’s name.

Bityard was actually invented in November 2019 and it has its headquarters I’m Singapore. Bityard is the world’s leading trading platform for digital currencies. And it is regulated by the American Money Services Businesses, the MTR of Estonia for the European Union, and the Singaporean Accounting and Corporate Regulatory Authority (ACRA). Bityard will push to keep up with the demand of the local digital asset market in southeast Asia, especially with high regards to the trend of government driven blockchain. Bityard has not only attracted attention with it simple, secured and fast services of digital contract transactions, but it has also gotten a Thai boxing champion at the brand’s ambassador.

Over the years, crypto have gone through some turbulent times. The more the turbulent times, the higher the volatility of the cryptocurrency market. Just as the third halving was approaching, the black swan brought about by the fear of the coronavirus, slashed the price of all cryptocurrencies and it was later followed by a quick rebound from its lowest point. The founder of Bityard is well abreast of the volatility of the market and knows that in order to gain a solid foundation in the highly competitive contract market, there have to be some achieved innovations.

Bityard is in full compliance of the product concept that states, complex contracts, simple transactions. Bityard aims to give it customers the best simple experience. The Bityard team has put in a lot of work to get it, users, up and running immediately.

Account Opening: Opening an account with Bityard is simple and easy, customers only need to register with their email or mobile phone number and become a Bityard user almost immediately.

Simplicity in top up: Bityard currently supports the use of six mainstream digital currencies to give users an easy means of refilling their accounts. Bityard also supports simple trading even in a complex trading market.

Following so many researches, it has been confirmed that in the ever-increasing digital currency marketers, a high potential consumer group is solidified. Everyone agrees on the concept of contract trading and it is expected that leverage is been used to increase the benefits, but for some groups of consumers, contract transactions might seem complicated. In order to not be liquidated, they rush into participating in any transaction. This created a large number of potential users in the cryptocurrency space that want to have a simple contract transaction and that is where Bityard comes to the rescue. Accumulating all the success factors, Bityard can be considered as the future of digital currency trading.

Another exciting part of Bityard is their native ecosystem token called BYD. You can earn some BYD tokens, simply by creating an account on Bityard. The total supply is 210 million, there are 10.24 million BYD tokens circulating in this promotion. Each account will receive 6 BYD after account activation and up to 16 BYD totally.

Here are some useful links:

Bityard Exchange really different from others where one find here newest something and also see here history and opportunities of earning which is amazing to me. About bitcoin Halving history where i find some especial features and strategy from here.

The article is the best and well explained about new form of bitcoin cryptocurrency named "Bityard Exchange" that I have ever seen before. I recommended it to all to follow.

Excellent an much needed article about bitcoin currency for future and really good to know the movements of the same i really appreciate it sharing trading pages!!!

Bityard Exchange The trusted name can be trusted without any doubt, I think it is the best Earning Opportunities and will be the one of the best platform of digital currencies, Highly recommended

It's a mind-blowing article I ever seen keep it up

Was a interesting read. Thanks for sharing info about Bityard Exchange

It's true that over the years, crypto have gone through some turbulent times. The more the turbulent times, the higher the volatility of the cryptocurrency market. I really think one day crypto will be the major economical factor in worlds economy

It is absolutely true :)

After reading your article I signed up with Bityard .. very excited

Just try it out, is definitely worth to look at.

very informative. Thanks for sharing

Bityard exchange has their native ecosystem token called BYD. Hope one day it will be similar to BNB in Binance exchange

We all hope that BYD will be as valuable as BNB one day.

Give it a shot!