8 ways to get Stardust 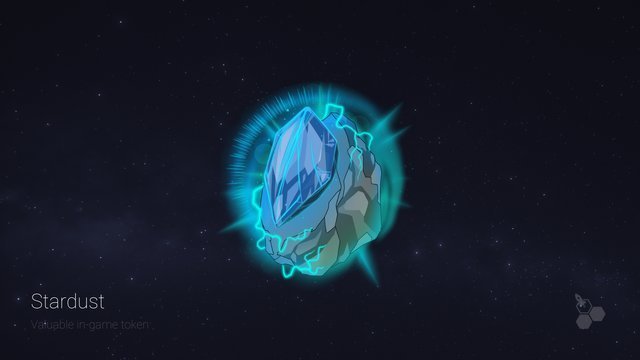 Stardust is an in-game token that you can earn while playing. There are already pretty nice use cases for Stardust like, for example, trading items, planets, and ships on the market. But Stardust is even more because we have designed a token model with a "buy-and-burn" mechanism. Crypto gaming is predestined for this mechanism.

The "buy-and-burn" idea was initially suggested by Vitalik Buterin and has been widely adopted. The decrease in supply raises the value of all remaining tokens by the percentage of total supply destroyed.

We're rolling out this mechanism carefully but consistently. During the introductory phase, we offer you some advantages like the pre-sale. Here are 10 ways for you where and how you can get Stardust.

We're currently selling a limited amount of Stardust, as announced here. This pre-sale lasts for a maximum of three rounds. This is round one and the price will rise each round. There's no guarantee we'll do all three rounds. Only 50,000,000 Stardust is going to be sold in this round, and 27% have already been sold. So there are only 36,630,000 Stardust remaining. Now it's time to stock up on Stardust to increase your influence, build up your liquidity, and grow your empire. Link: https://stardust.nextcolony.io

Stardust is currently linked to purchases in the shop. You'll get 100 Stardust for every 1 Steem you spend. For example, when you buy a small chest for 99 Steem, you'll get 9900 Stardust. We will turn that off on November 24, 2019 20:00:00 UTC as announced here. The link of Stardust with the purchases in the shop hinders Stardust from evolving independently. We don't want to cap the token. There are only 8 days left, and this is the last chance to get a bonus in the shop before we finally turn it off.

The day has finally come - the first season called Nemesis has started yesterday as announced here. This means that after many months of preparation, we will now start to pay out rewards to our players. In the first season, we will distribute a total of 6800 Steem and 447,000 Stardust to the first 20 players. To participate, you'll need to spend a lot of Stardust and other resources. We would expect a lot of Stardust to be burned during the Yamato seasons.

Explore the galaxy - earn Stardust! You have the chance to find small quantities of Stardust while exploring deep space, as announced here. If the exploration wasn't successful in searching planets and your explorer returns safely, i.e. has not been lost, your explorer has a 10% chance to find a small amount of Stardust. If Stardust was found, the dice are rolled to determine the number of Stardust (10-300). This is a good opportunity for settlers to generate a small but steady Stardust income easily.

You can burn your planets to get Stardust. The amount of Stardust depends on rarity and type. On burn, you will sacrifice the planet with all ships, merged runes, and activated blueprints on it. To burn a planet is only possible without active outgoing missions. When you burn the planets, you help to maintain the galaxy and shrink the number of planets. So burning planets is a great thing for all settlers, raiders, and the whole galaxy. You will learn more about burn and the burn-rates in this post.

There are currently 36 different ships. You can specialize in the production of civilian ships and battleships and supply the galaxy. Build ships and sell them on the market. We've released an early beta version of the market as announced here. The market is fully functional and already intensively tested. You can trade items, planets, and ships on the market. All goods are traded in Stardust and are subject to 8% fees, which are burned and thus reduce the supply of Stardust. The market is an important step for the ecosystem and a powerful sink.

You can farm various things during explorations, from ordinary to legendary. You have the chance to find Planets, Stardust and Blueprints while exploring deep space. Farm these things during exploration and sell them on the market to earn Stardust. You can even find a legendary planet during explorations, and legendaries are dropping 10 Yamato blueprints which you can sell for Stardust. You can even burn legendaries to get 3-9 million Stardust. This will be the jackpot and a hell of an amount of Stardust. So far nobody has found the first legendary. So don't miss the chance to find the first legendary planet ever.

Join the official NextColony Discord server and take a look into the channel #/market to buy Stardust with Steem from other settlers and raiders. There are always bargains in this channel and no trader should miss that. Buy cheap, sell high - you know best how this works.

In order to have a working "buy-and-burn" mechanism, it is equally important to preserve Stardust and create sinks. With the last updates we have already implemented sinks to burn Stardust like Yamato upgrade, Market fee, Respawn and Planet transfer.

If you have any questions, join the official Discord server or use the comments below.