Trump Economy charge stocks to new highs, what next? 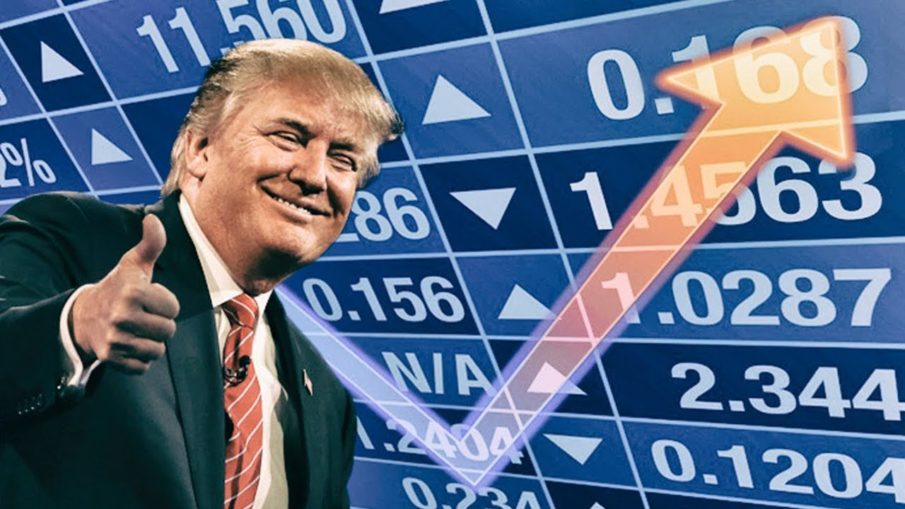 The media world continues to struggle with the Trump economy - and yes, we can now say it is a Trump economy that are fully into the Trump era. President Trump often says the US economy is on a historic high, perhaps the greatest it's ever been - stock markets seem to hit new highs every month. However, many media outlets continue to downplay the success. One quote admits from the BBC, "It's true the economy has been doing well - but there have been periods when it was even stronger." News Forecasters takes a look at where we stand today and looks for what's next.

Looking at the inset chart the Purchasing Managers' Index (PMIs) globally continues to deteriorate slowly. Europe and China are still the sluggards in the global economy. The U.S., though slowing still remains the outperforming economy. The two major economies that present some worry are India and Japan - China contagion.

Last month News Forecasters forecasted continued stagnation in global economies and will basically forecast the same for the next month.

Stocks hit new highs on most indexes continued to hit new all-time highs (see inset chart). News Forecasters believes that the long-term trend since 2009 stays intact. We see no autumn scare, which typically occurs at this time, though the algos can go haywire at times.

Stocks zig-zag, bumping up against new highs on each "Zig", all the way into the 2020 presidential elections. After the elections, we may make a retest of the bottom side of this long-term channel - regardless of who wins, though for different reasons. Then at least a 50% retrace back up into the channel mid-2021. From here, depending on the future political landscape, and the resulting policies, News Forecasters, will need to revisit where we go from there afterward - a story that will develop.