France MASSIVE general strikes December 5, will it resemble the Purge? 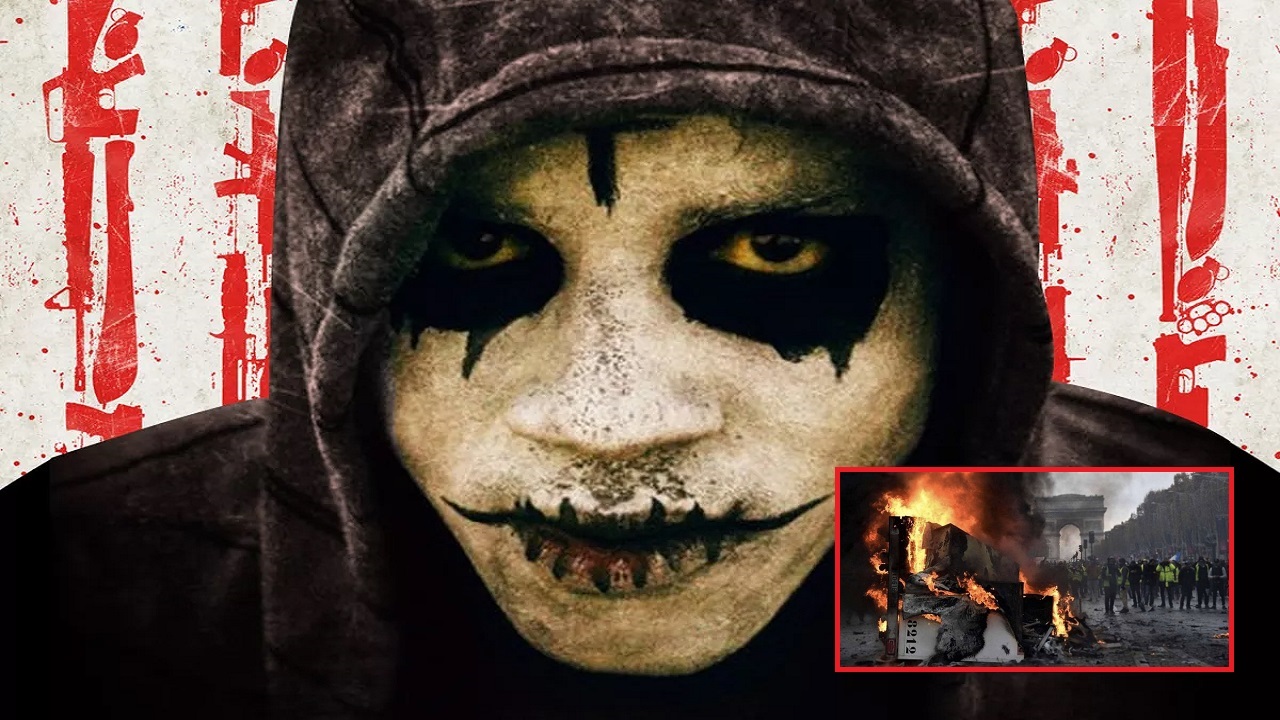 Blog link: https://newsforecasters.com/?p=4610
The Local FR - Major disruption that could last until the New Year - that's the view of one French political analyst on what will happen once "unlimited" strikes begin in France on December 5th, 2019.

In the picturesque country of France, a country of fine wine and exquisite cuisine, the quaint cobblestone streets of many of its cities may turn into a horror scene of social unrest we haven't seen since the Yellow Vest protest started in 2018. It may resemble the recent popular movie "The Purge." The film presents a near-future dystopian America which celebrates an annual national holiday known as the Purge, in which all crimes, including murder, are legal for a 12-hour period. Hopeful this allegory is an exaggeration, but certainly, over the past year, the pictures coming out of France look similar to the movie.

What is at stake? French President Macron’s reform, which aims to simplify the complex French retirement system by fusing 42 different regimes into one single regime, will have consequences for the public sectors who, until now, have enjoyed special retirement regimes to compensate for "difficult" working situations. Some believe that the current situation resembles 1995 more than anything else seen in France over the past years. Who will win the battle depends on whether or not strikers manage to make use of the December 5th momentum and transform the protest into a national, lasting movement. The phenomenon known as “proxy striking,” will be a decisive factor, as it was during the strikes of 1995. Back then, the majority of French people supported the strikers, even if they didn’t themselves participate. Many feel the government will do its best to sow division, painting a picture of the strikers as selfish and violent in an aim to turn the public opinion against the movement.

WSWS - Beyond the maneuvers of the union bureaucracies, anger at Macron’s austerity and police repression is spreading among broad layers of workers. Calls for strike action are widely popular. According to various polls, 70% of the population expects strikes will continue after December 5, and 69% support the strike. Support for strike action is stronger among manual workers (74%) and state employees (70%).

Multiple rail workers’ and other unions are announcing indefinite strike action, as the state prepares to introduce a multi-tier workforce in January 2020 at the SNCF. The unions are reeling after ordering workers to return to work with no concessions in two wildcat strikes amid broad anger at pension and wage cuts and the partial privatization of the SNCF.

Connexion France - The movement’s major grievance is against pension reform, but other issues are likely to be highlighted on the day. More organizations in France are planning to join the planned strike on December 5, as President Macron has said that "there is no freedom without public order." But is anyone listening?

Here is the current list of participants for the December 5th strike movement:

SNCF - On the train lines, four unions at SNCF have called for strike action. One will be able to find out which trains will be running on December 5, by the afternoon of December 3.

RATP - Paris transport company RATP has also confirmed it will join on December 5, with the CFE-CGC, the CGT, and Unsa adding their voices to the movement. They have promised action on a par with the September 13 strike, which has been described as “bringing Paris to a standstill”.

Transport unions across France - The FO and CGT unions have called for an “unlimited” strike among their workers, across urban and cross-country services. This will also include ambulance drivers, taxis, and even removal van workers and affect major cities, including Lyon, Montpellier, and Bordeaux.

Air France - the national airline, the strike call has applied to ground staff only. So far, the pilot and stewards’ unions have not joined. But they may. Do check flights around these dates - expect delays.

EDF - Unions of workers at the electricity giant have also joined. Plans call for "a drop in electricity production, and power cuts to public State buildings (except healthcare establishments)," and to increase supply to those who have been "unfairly cut off."

Police - Some police stations are likely to close after unions Alliance, and UNSA said that they would join the strike if the minister for the Interior "does not reply to our wishes." On strike day, they plan to launch "action from 10h to 15h in all police services," especially the "symbolic closure of stations" and "refusal to take part in extra check at airports on at motorway péages."

Education - Three education unions have announced they will join: SNES-FSU, SUD-Education, and Unsa-Education, as well as others as part of the wider union group Education.

Hospitals - At least one nurses' union has said it will join on December 5. Some staff remain unconvinced by the government’s recent budget announcements on healthcare and will join the movement. Others have yet to announce their intentions.

Firefighters and La Poste - Public service groups la Fédération FSU and the Fédération CGT have called to join the strike. Some firefighters' unions have also announced intentions to join.

Yellow Vests - Representatives of the gilets Jaunes (Yellow Vests) movement have also said they plan to join, with a recent vote held in Montpellier returning a majority in favor. A statement said: "The time has come for us to join with the world of work and its network of unionists, who like us, do not accept [the situation]. We call on the gilets jaunes to be at the heart of this movement, with their own demands and hopes ... and their very visible vests."

Student unions -  Unef has also come out in support of the strike and called for students to “maintain pressure” on the government when it comes to university loans and grants. Other young people’s unions, including FIDL, MNL, and the UNL have also added their support.

Wow, will anything be moving in France on December 5th - and for how long? President Macron has said that there is "No freedom to vandalize." But will anyone listen? He called on social partners and unions to condemn any type of violence ahead of the December 5 action and said that the government will remain strong in the face of any unrest. Macron added, “We have the impression, if we listen collectively, that if we turn on the radio or the TV, that everything is terrible. At this moment, our country is - I find - too negative about itself." Internet censorship in France is already strong, it will feature greatly in support of the government position.

France, in the past, has been in violation of the Maastricht Treaty in terms of its deficit spending. But the EU gives budget leeway to France "because it is France." Macron has been feverishly trying to thread the needle between growth (unemployment), budget responsibility, and France's behemoth welfare state. Looking at the insert chart, it's does not look good.

France is the champion of Europe, and probably of the world when it comes to social welfare. In 2016, France spent €714.5 billion on social welfare, which represents 32.1% of the country's GDP compared to an average of 27.5% for the rest of the EU. This compares to the US at only about 8.4%. The main policy challenges needed in France are to boost economic growth, lower high unemployment (especially among youth), increase competitiveness, and improve public finances. But just how will Macron do this?

Since neither Macron or the French people will tackle the issues of oppressive business regulations, immigration, and their behemoth social state, which are the source of their budgetary problems, Macron instead has taken the path to trim benefits of the average middle-class French. A policy failure that has been building for the last several decades, mathematics and market forces are catching up with France. The current path is unstainable. Most of the folks protesting on December 5th really have no clue of these data points, nor do they care - but they soon will. Any solution will be painful.

Meanwhile, France is quaking over what will happen this December 5th. France is not only known for its fine wines and cuisine, but they also know how to riot - its a country very familiar with revolutions. News Forecasters does not condone any violence. We merely point out the possibility of the crisis about to befall France. There will be groups of all sorts trying to piggyback on this chaos (even terrorism) to resolve their grievances and even try to force France into something even more sinister. It is the end game of Marxist ideologies.

Perhaps it is too hyperbolic to compare the movie "The Purge" with the violence that most likely will happen on December 5th, all across France. On the other hand, if this gets out of hand, it could get worse - even spread across Europe. News Forecasters believes that these protest will cause havoc for a time, maybe even a few weeks. But the reality is that nothing will change until France hits bottom - hence Macron will eventually win. What other choice does France have?

Watch with understanding these events closely. If you are traveling to France over the next few weeks, be vigilant and check local reports - French Embassy Alert. Be safe!