Brexit quicksand, are you sick of it yet? 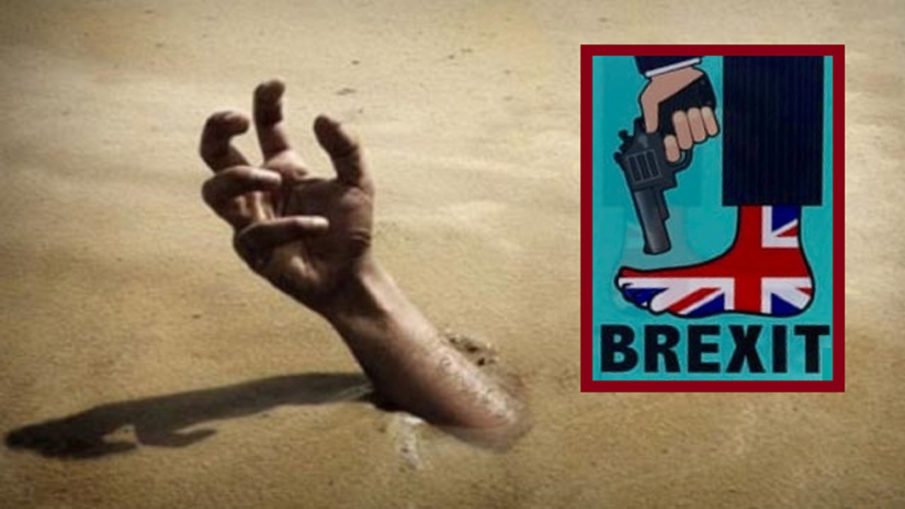 Are you sick of Brexit yet? Thresa May couldn't do it. Can Boris Johnson do it? Well, right now it sure doesn't look like. Brexit seems as elusive as ever, mired in quicksand. News Forecasters ask where do we stand with Brexit and where do we go from here?

In a quick recap of events, Boris could not get his Brexit deal passed last week, which was not much different than May's. After some no-deal antics from Boris, Brexit is now delayed until January 31, 2020 - the EU quickly agreed. Even the latest efforts of Boris to get fresh new general elections failed.

Looking at the inset chart we see that the push for general elections failed miserably - lost by 135 votes. The U.K. political map shows that Torries have a 16 point lead over Labor - so Labor and their allies don't want general elections.

So what will happen before January 31, 2020? Not much, the U.K. Parliament will fritter away the time and we will have yet another last-minute panic when the timer expires. Of course, this is the strategy of the Remainers, in hope of hope to derail Brexit. On the other hand, there is also hope an external event could also break the log jam. Looking at the polls in terms of U.K. government approval, it is not surprising that it is in the decline.

We have been looking at the GBPUSD currency pair as a proxy to Brexit. It has had massive rally since these Brexit events - the resolution was thought to be imminent, along with a short squeeze. However, now it is stalling. Our view is that we will work the downward wedge until Brexit resolution (see inset chart).

News Forecasters previously stated that Brexit or at least a Brexit light will eventually occur. This latest set back does cause us to potentially rethink this stance - yes, we are getting sick of Brexit too. However, for now, we still hold to this position, though it may be ugly.