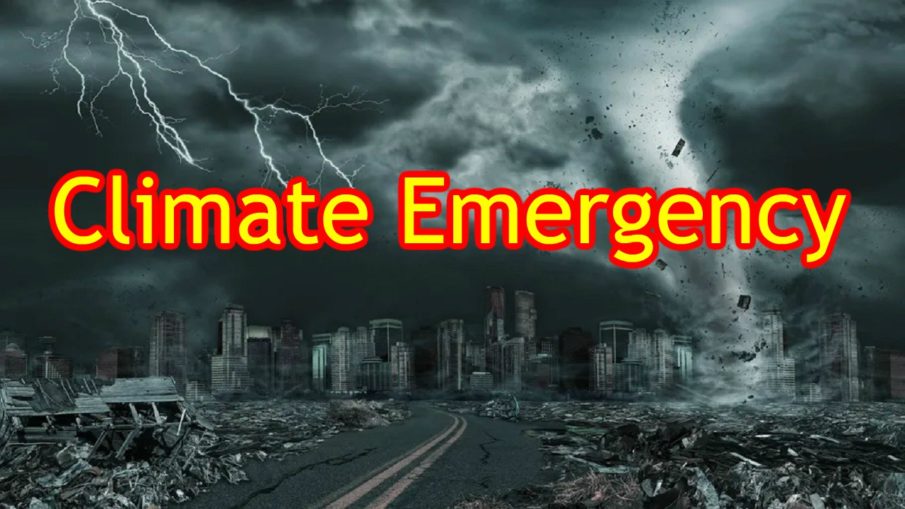 The world’s people face "untold suffering due to the climate crisis" unless there are major transformations to global society, according to a stark warning from more than 11,000 scientists.

The statement is published in the journal BioScience on the 40th anniversary of the first world climate conference, which was held in Geneva in 1979. The statement was a collaboration of dozens of scientists and endorsed by further 11,000 from 153 nations. The scientists say the urgent changes needed include ending population growth, leaving fossil fuels in the ground, halting forest destruction, and slashing meat-eating. The specific statement in the journal states:

Still increasing by roughly 80 million people per year or more than 200,000 per day, the world population must be stabilized - and, ideally, gradually reduced - within a framework that ensures social integrity. There are proven and effective policies that strengthen human rights while lowering fertility rates and lessening the impacts of population growth on GHG emissions and biodiversity loss. These policies make family-planning services available to all people, remove barriers to their access and achieve full gender equity, including primary and secondary education as a global norm for all, especially girls and young women.

We suppose that the reference to gender equality in this statement is to give something for women to do if they are not having babies. News Forecasters already discussed this issue when presidential candidate Bernie Sanders sparked outrage after linking abortion to population control during a climate change town hall discussion on how to combat global climate change.

Of course, "population control because climate change" policy brings up all kinds of issues when culling populations. For example, do we cull the people with high carbon footprints, or cull the people that have the highest birth rates? Can you hear it now? - it's racists! Note that population may be connected to other issues.

News Forecasters stated before that this "population control because climate change issue would not occur for at least for the next 5 to 10 years – later we can come back to this question, as the political environments can change." News Forecasters still holds to this forecast, but clearly we will need to come back to this issue sooner rather than later. We listed progressive optional levels governments could take:

We are fast approaching level "1", after these kinds of reports we have beeing seeing. Level "2" will come in the next 5 to 10 years. Has the world gone made with cultural suicide? News Forecasters discussed, "Cult politics is about to kill science?", already as well. Yes, climate change is happening - the question is to what degree humans cause it, and even if so, what would be the proper response. There are scientists that disagree with climate change alarmists. Just who are the loonies?

Charts and more charts - every one of these climate change alarmists have loads of charts that try to explain the emergency. But when looking at the climate change skeptics, some who are scientists as well, have their charts ass well.

ews Foecasters are not climate scientists, but people like us will have to buy into the emergency. Doing a more common sense, we looked at the data - see the insert chart of data gleaned from various reports of various global phenomenons and then scaled to a multi-millennial time frame (using a highly scientific tool called Microsoft paint). There is a correlation between CO2 and population but not necessarily global temperature. The only correlation you might see is with Geomagnetic field intensity - is this caused by population grrowths?

Now youmight think that our chart is silly science, and we would agree. Here is the point - why is it so hard for common people to get common sense charts to explain this clearly to debunk the skeptics? If ours is silly ok - then give us one that does make sense. Stop trying to snow the public. This just adds to the skepticism. The climate change debate gets hotter and continues - except the stakes are getting higher when advocating policies like population control - it has a smell of eugenics.