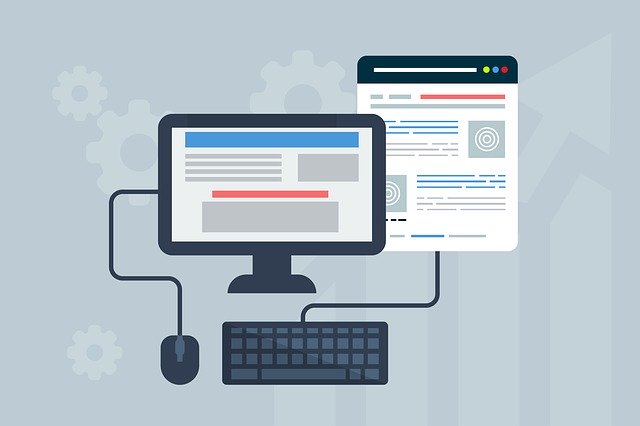 Vessel is a Steem Desktop Wallet that was created by developer/witness @jesta (Aaron Cox). It contains many useful features such as wallet encryption, account creation, witness voting, transfers, and more. Vessel is arguably the number one Steem Desktop Wallet as it has been around since nearly the beginning of the network and due to its lightweight nature.

The goal of Vessel is to be a very straightforward, easy-to-use wallet that works on all platforms (Windows, Linux, OSX) and allows a user full control over their Steem account(s).

Unfortunately, development on Vessel has come to a halt due to the creator's focus on other projects at this current time. The project contains some old libraries and dependencies that could break, become deprecated, or contain security flaws.

As a pro open-source developer, I have already been active in third party development on Vessel. Aside from adding the account creation feature, I have added memo encryption and worked to resolve various issues/bugs. Without funding, however, it becomes much more difficult to be able to dedicate as much time and effort as is required for a project of this size.

With the assistance of the @steem.dao (SPS), I would be able to dedicate more time to the work instead of seeking funding or working to sustain my open-source contributions.

For this reason, I am asking for 150 SBD per day for the duration of 2020 to continually add new features, fix security issues, update/upgrade libraries, and adjust the wallet to evolving Steem (SPS/Communities/SMTs/etc).

The funds will be used to pay for development on Vessel as well as for creating Steem posts with updates, new information, tutorials and guides related to Vessel. I will create and post a monthly update with links to Github commits and development progress to keep the community informed throughout the process.

I will also work to streamline the process of community developer support to Vessel so the project can also be used as a learning environment for developers.

Some tasks on the horizon for Vessel development:

Why This Benefits Steem

On top of this, Vessel has a very simple user interface that makes it very clear how to use each function of the wallet. This is a great benefit because it can be oftentimes confusing to users on what actions on Steem are or what they mean.

Googling for "Steem Wallet" currently returns a lot of confusion as to what a wallet actually is on Steem. This is probably due to a combination of reasons such as out-dated development, lack of advertising/SEO, no product website, and complexity of Steem. By continuing and improving development on Vessel, Steem can benefit from an easy on-ramp for new users and increased trust in the security of their funds.

Easiest proposal to vote in favor of so far.

Thanks for that mate. Vessel has always been my favorite wallet and I use it still to this day. It just has a lot of problems that need to be fixed so we can present it as the unofficial Steem wallet!

Jesta had plans to abstract Vessel into Anchor and have it work for EOS as well, but he is a busy man and that will take some time if it ever happens. We can't let Vessel just fall into obscurity.

We still talk about the integration of Steem into Anchor a decent amount, but you're absolutely right that it'll take some time if and when it happens. Maintaining Vessel for the time being seems like the best path forward, until a point where we are ready to push Anchor from a multi-EOSIO architecture to a multi-blockchain architecture. That'll take a bit of effort and cleanup on our part.

About time more work is put into vessel, thanks for taking the initiative. Voted.

I plan to support this.

Googling for "Steem Wallet" currently returns a lot of confusion as to what a wallet actually is on Steem. This is probably due to a combination of reasons such as out-dated development, lack of advertising/SEO, no product website, and complexity of Steem.

I know this isn't primarily a marketing proposal, but still it would be nice to see some effort planned to get this improved, so that the work on Vessel is of benefit to people looking for a Steem wallet and not just insiders who already know about it.

dang i thought jesta makes this

Vessel is a Steem Desktop Wallet that was created by developer/witness @jesta ...

And that’s another example of why open source is neat.

Great proposal! I'm heavily using Vessel, so funding development of it would be a pretty sweet use-case. Especially since there are a few "annoying" bugs, i.e. losing connection, Accounts tabs not responding after a while, etc.

Besides that, I'd also like to see some features - i.e:

I'll most likely just create a GitHub issue with everything.

You may have looked at my old Anchor repository, which was actually being built as a Steem wallet and since halted. The actual Anchor repository is located under the Greymass organization on Github, in the develop and anchor branches of eos-voter. The whole repository will be renamed to Anchor soon.

We are about a year in development and are on RC3 of the 1.0.0 build, closing in on release. The techniques and software itself have come a long way and advanced a lot since I initially worked on Vessel. There are a few new things Steem may benefit from (better foundation, new signing protocol, etc), but I also think for the immediate future simply improving Vessel is probably the best path forward.

Great proposal ! Will vote when I get home. Putting work on vessel is the kind of stuff that we need.

I'll try to support you in this effort with what time I can spare. I still use Vessel quite a bit as well, and just haven't been able to devote the time to improving it.

Depending on how we want to go about this, there are plenty of paths we can take and I'm open to the discussion on how best fit your work needs on the project.

Thanks @jesta. It means a lot to receive your support for this as it is your Steem baby. Apart from maybe some review and merging I don't foresee having to involve you too much hopefully!

I've yet to actually use Vessel myself, so I'll postpone my vote until I get around to it.

However, you definitely deserve an upvote ( and even a !BEER ) for all the hardwork you've done development wise.

Hey @netuoso, here is a little bit of BEER from @stuffbyspencer for you. Enjoy it!

Will you be committing on the original repo or drive a new fork?

In development work will be done on my fork of the repo, but I will be submitting PRs for each issue/update to the main repo. These will be merged in at the convenience of @jesta unless he decides to give me write access.

However, on my fork, I will tag releases and upload packages if users wish to use/test the features before they make it to the main repo.

Ultimately, the main repo will be maintained.

I've been using Vessel for the past. I support this proposal.

This seems great. I love vessel, but I haven't been able to add a new account for ages. the screen simply locks when I try to add anything. If I could start adding accounts again to it that would be swell.

I think there's currently only one node that can use it, anyx, so it would be swell if there was a bit more redundancy there.

Ideally I could claim all tokens (tribes and steem accounts) at once.

Thanks for working on that Net. It's a good project that needs some love.