My Travel and Experience in Istanbul 2 - Blue Mosque 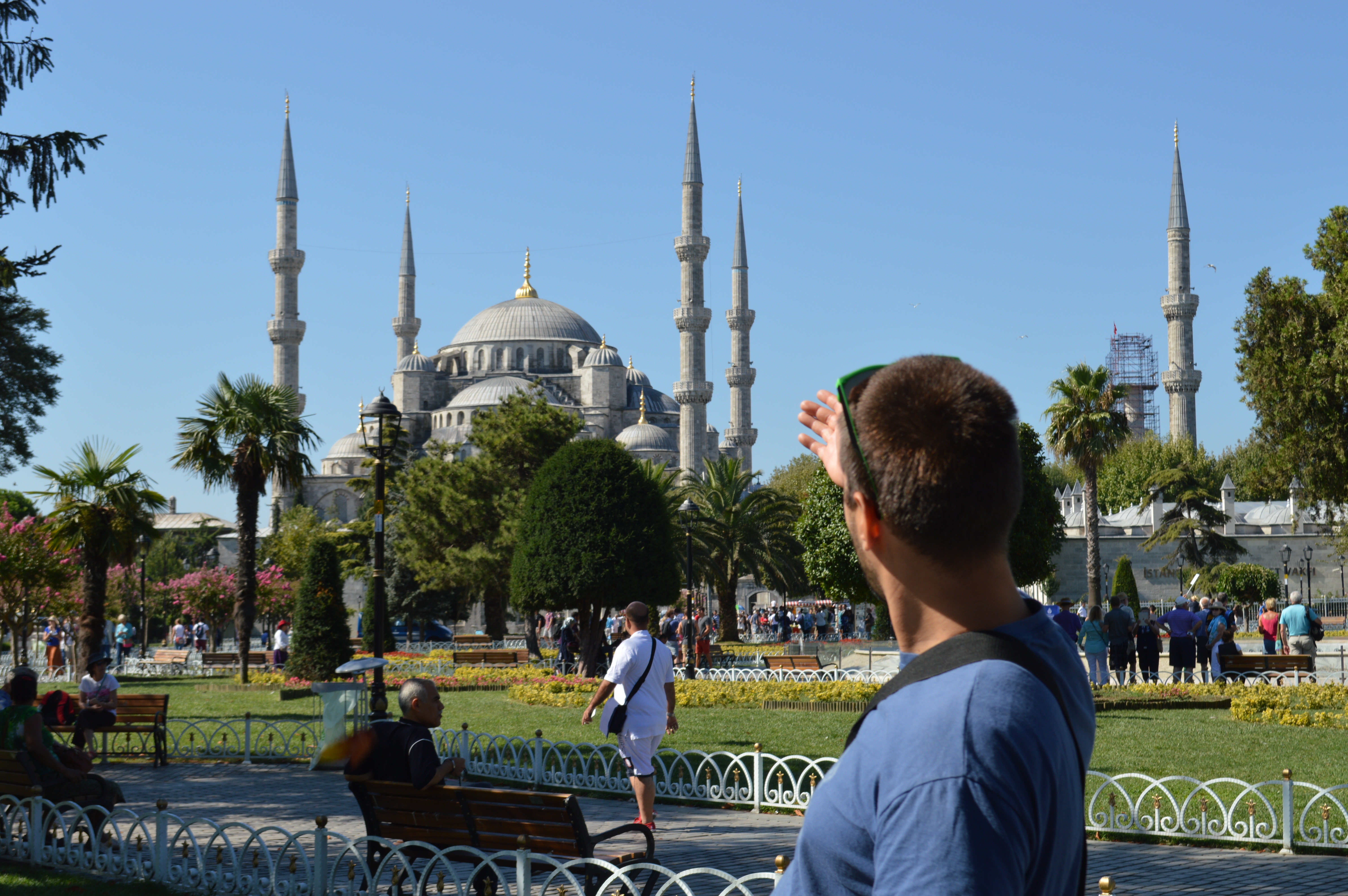 After visiting the beautiful Hagia Sophia, I headed for the Blue Mosque. As I approached the mosque, I saw incredible architecture as seen in the picture.

The Blue Mosque is located in the oldest part of a city on two continents. This mosque is a real work of art and a must-see stop for every tourist.

The real name of the Mosque is not the Blue Mosque, but the Sultanahmet Camii, translated by Sultan Ahmed's Mosque. The reason why they call it blue is because the interior is predominantly blue tile.

Entry into the Mosque itself is not allowed unless you are covered in a wardrobe especially by a woman. There is a wardrobe at the entrance that equips you to get in. The picture shows my girlfriend and her friend

The interior of the Mosque is illuminated by the sun's rays entering through 260 windows.
Each of the tiles found in the interior is hand-cut and painted and has 20,000.
Amazing isn't it?

After visiting the Mosque, together with my friends, I went to a beautiful cafe to have a nice Turkish beer. cheers !!

I hope you enjoyed the blog and that you learned the beauty of visiting this architecture and that I shared my experience :)

Question from the Bible, Why are some children born with disabilities?