Who will be the next Coinbase, Binance? 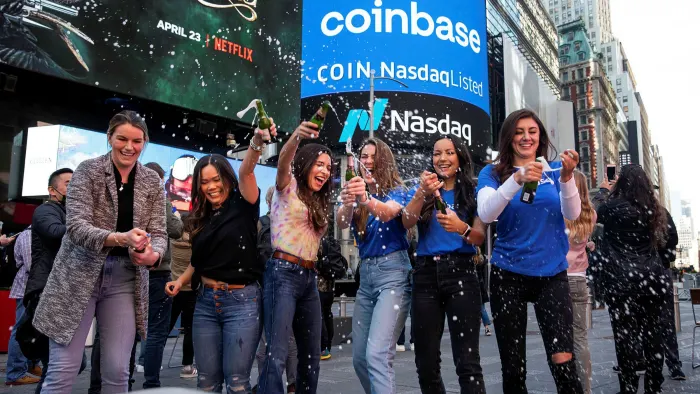 As the first cryptocurrency stock in the true sense, the listing of Coinbase is highly anticipated by the industry and its valuation is as high as 100 billion U.S. dollars.

In anticipation of Coinbase's listing, platform currencies represented by BNB and FTT have exploded early. Especially for BNB, its rise has shown a destructive momentum. In recent days, it has soared from more than US$300 to more than US$600, and its market value was once close to US$100 billion.

At the same time, the currency circle is also thinking about a question: who will be the next Coinbase or Binance?

The cryptocurrency derivatives trading platform FTX is considered by some to be a promising player.

Relying on the founder's SBF's personal influence, innovative and unique products, increasingly perfect ecological layout, circle layer connection and various successful attempts to make breakthroughs, FTX, a unicorn that has only been established for only two years, has a faint "giant" temperament. ...

Before the listing of Coinbase has made a sensation inside and outside the circle, there is another event in the cryptocurrency field that has the same out-of-the-box power: FTX won the naming rights of the NBA Heat's home stadium for $135 million for 19 years.

In other words, after the Miami Heat's home stadium will be named FTX Stadium. This is a good business for both FTX and Miami.

As we all know, Miami is one of the most densely populated and wealthiest cities in the United States, and its entertainment and financial industries are extremely developed.

In addition, the convergence of diverse cultures also makes Miami have an open gene. For cryptocurrency, the city is also tolerant and friendly.

Take the Mayor of Miami, Francis Suarez, who is a real cryptocurrency fan. Not only does he own bitcoin, he also intends to consider allowing citizens to use bitcoin to pay taxes, and to build Miami into a bitcoin mining center.

Through previous speeches and statements, it is not difficult for us to know that Francis Suarez hopes to attract more high-tech companies to Miami through the relaxation of cryptocurrencies such as Bitcoin, and make Miami a cryptocurrency hub in the United States and the world.

For FTX, its birth has been less than two years. Although it is well-known in the field of cryptocurrency, it is still an unknown person in the traditional world. Therefore, going out and breaking through the circle is the demand for FTX's further development.

SBF also said in an interview with the media: "We feel that we have developed a very good product. We very much hope that more people will learn about it and give it a try. We want to see what more users think."

Miami is a very good choice. In the view of SBF, Miami is a hub for the continuous development of cryptocurrency business. This eye-catching transaction may attract a group of new users who have never been exposed to cryptocurrency.

For Miami-Dade County, the revenue of 135 million U.S. dollars, and the link to the cryptocurrency field's most dynamic derivatives exchange, to further establish its status as a cryptocurrency hub is the best of both worlds.

In addition, regarding this transaction, the SBF, which believes in "altruism", also stated that part of the reason was "For the good of humanity."

From the “Miami Herald” report, we can also learn that part of the money in this transaction will be used by Miami-Dade County to prevent gun violence and increase county income.

Both business and charity, this is a win-win business.

FTX's alternative rise to the road

In May 2019, FTX was formally established to focus on derivatives trading. The original intention of SBF, a trader, to create FTX is also very simple. The derivatives trading platforms currently on the market have many pain points and are not innovative and friendly enough.

However, it was a piece of "negative" news that really made the crypto world start to notice this new exchange and the young man at the helm of SBF.

In February 2020, Bitfinex ranking data showed that the account certified as FTX CEO SBF had a floating loss of more than 13 million U.S. dollars. After the news came out, it immediately sparked discussion. Zhao Dong, the founder of DFund, even asked SBF on Twitter whether it had embezzled the assets of FTX users.

SBF responded: "They are all personal assets. This is also a hedge against short selling in other places. Bitfinex has a great discount compared to other markets."

Facts have also proved that in addition to Bitfinex, SBF also carried out hedging operations on BitMEX at the time. Public data shows that SBF and the market maker Alameda it founded earned more than 7,000 bitcoins on BitMEX.

If the above-mentioned "negative" is just the foreshadowing of the story, then the vigorous DeFi boom will push SBF to the center of the stage, and the drama of "genius trader" and "king of arbitrage" has begun.

However, because of one thing, the outside world also has a good impression of SBF besides "admiration": to take over the "mess" of SushiSwap, to help and promote the smooth transfer of SushiSwap to the community.

All in all, if you look back at the DeFi boom in 2020, SBF is one of the names that cannot be bypassed.

What about FTX? It seems that compared to the personal limelight of SBF, the FTX as a company has a weaker momentum? In fact, before SBF became a topical figure in the cryptocurrency market, FTX was accumulating power.

Launched FTX US, a compliance exchange in the United States; launched DeFi index; launched equity token for the first time; promoted the construction of Solana's decentralized trading platform Serum, and so on.

Of course, for FTX and the entire cryptocurrency market, the more important and eye-catching innovation is the equity token.

Combining cryptocurrency and stocks, the first attempt was the currency market BISS, but the platform came to an end due to various reasons such as supervision.

FTX's equity token allows qualified traders to trade shares of Tesla and other companies 24/7, 365 days a year, breaking the restrictions of the stock market.

Moreover, the equity token is supported by the stocks of the regulated brokers at a ratio of 1:1, enabling traders to obtain all the economic benefits of holding the stock itself: dividends, stock splits, etc.

Of course, as a derivatives platform, in addition to the spot trading of stocks, FTX has also increased the futures trading of corresponding products, and allows users to trade with up to 101 times the leverage.

The success of the equity token gave FTX a taste of the sweetness, and it also allowed them to dig deeper into this product-further launching the Pre-IPO product.

Equity token, an innovative product, is like a sharp dagger, opening a hole in the derivatives trading market, allowing the cryptocurrency market to see the strength and innovation of FTX.

In addition to providing users in the cryptocurrency field with a channel to invest in stocks, the attempt of FTX equity tokens has taken a big step forward for "asset digitization".

While the launch of equity tokens aroused market attention, another hot news about SBF was also exposed by the media.

On November 5, the results of the US presidential election, which has attracted worldwide attention, are urgently to be announced. According to data from the campaign fund tracking website Open Secret, SBF donated US$5.2 million to the campaign of US Democratic presidential candidate Joe Biden, the amount is in the "CEO "Donors" are second only to the founder of Bloomberg.

At the same time, SBF was also found to be a member of the Democratic Super PAC (Political Action Committee) "Future Forward". Facebook co-founder Dustin Moskowitz and former Google CEO Eric Schmidt are both members of the PAC. the member of.

In everyone's impression, the connection and combination of cryptocurrency and the US presidential election still remain in products such as the "US Presidential Election Prediction Market". Direct donations to presidential candidates, such as SBF, are extremely rare. Although there are also crypto people who donate, the amount and dissemination effect are far less than SBF.

Of course, setting aside the deep-seated purpose mentioned above, donation itself is also an event marketing, especially when the cryptocurrency circle is eager to gain wider attention and acceptance. SBF’s political donation is undoubtedly a travesty from the inside of the circle. An excellent marketing case that penetrates the outside world.

From equity tokens, to political donations, to the naming of the Heat's main stadium mentioned at the beginning of the article. It is not difficult to see that FTX led by SBF, a trading platform that has been established for less than two years, has considerable ambitions:

The next Coinbase or Binance?

Right now Coinbase is going public, and Binance has relied on the skyrocketing of the platform currency to attract investors' attention to the trading platform. Will FTX be the next Coinbase or Binance?

Compared to Coinbase, FTX and Binance have more similarities.

From the perspective of marketing communication, whether it is naming the NBA Heat's home stadium or donating to Biden's campaign, it is an excellent event marketing, which is inferior to some of Binance's marketing.

In addition, from the perspective of the entire ecological landscape, although FTX has been established for less than two years, it has begun to build an ecosystem in the two dimensions of centralization and decentralization like Binance, and it has been quite effective:

In a centralized world, based on FTX, while occupying the market with innovative and differentiated products, it focuses on compliance and launches the US compliance branch FTX.US; in a decentralized world, the layout is based on the Solana public chain Decentralized trading platform Serum, AMM agreement Raydium, prime broker agreement Oxygen, etc., complete the DeFi ecological universe.

At the same time, FTX also acquired mobile news and portfolio tracking APP Blockfolio at a "sky price" of US$150 million to obtain more retail investors. To some extent, this is similar to Binance's acquisition of CoinMarketCap.

It can be seen that, relying on SBF's personal influence, relying on innovative products, increasingly perfect ecology, and circle-level connection and breakthrough play, FTX has achieved a full-scale explosion since 2020.

Since 2021, FTX has reached a higher level, and the current average daily transaction volume has exceeded 7.9 billion US dollars.

All victory is the victory of innovation, the victory of values, a trader and entrepreneur who believe in "altruism", a platform "created by traders and serving traders", SBF and his FTX will be in the next market Where is the position in the competition, and how much impact it has, is just as difficult to answer as the question "Will FTX be the next Binance?"

But what can be observed is that as a unicorn, FTX is slowly advancing on the road of "giant."