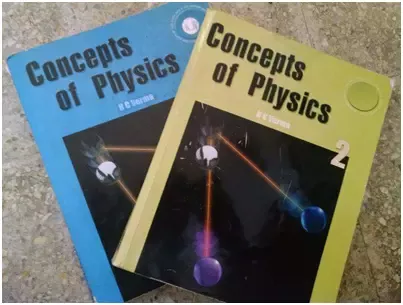 Hi,
I am neelamroy07 and my today topic is about my favorite science book.

I am here to tell about my favorite science book. My highest degree is B.Sc in computer science. After completed my B.Sc, I joined the company. My study was discontinued after my UG degree. so, basically, I study science till 12th standard only. I was studied from Bihar board so most of the time I read my syllabus books only, but when I went to standard 11th that time my teacher suggested to me some reference books for better understanding. There are many books he suggested to me for each subject like K.C Sinha's book for math reference for chemistry reference Pradeep's and Dinesh's book and for physics he suggested me H.C VERMA'S book. 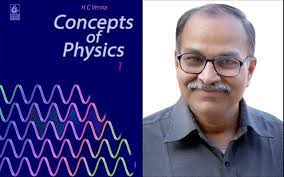 On school day my math was good even chemistry also, but I was little week in physics, I was not able to understand the visuality of physics. I was covering only the mathetics part from physics rest was going out of my mind. That time only I bought this book, there was 2 part vol-1 and vol-2. when I started to read chapter's one by one I found a very easy concept of physics and I got interested in physics subject also. this book is the basic conceptual book and the way of solving the problem method is related to our daily life concept. The problem level starts with 0 levels and chapterwise the level increases and this concept giving them the confidence to solve the next level. Due to this systematic concept student thoughts level also will increase day by day. This book is most useful for those students who are preparing for IIT and JEE Competitive exam. The book name is "Concept of Physics", written by H.C Verma.

Now I am going to explain a little about the author of "Concept of physics" Full name Harish Chandra Verma, born on 8th April 1992. Basically, he is from Bihar(Darbhanga). his father was a teacher in samstipur(Bihar). He has done his study till 12th standard in native place only, then he came to Patna for B.Sc. he completed B.Sc from Patna Science college, his M.sc and P.hd from IIT Kanpur. He started his career at Patna science college as a lecturer later he joined IIT Kanpur as an assistant professor. he started research on nuclear physics and he published a nearby 139 research paper. he got retired on 30th June 2017. he developed more than 600 books which we are using for regular study for better knowledge of physics. he achieved the "Padma shri" award in 2020.

Keep posting and stay with our community.

Aaha.. physics has been headeche for me. It's great that physics interest you.

Wow, You just remembered college life, I have still remembered those quantum physics How I use to handle questions, and H.C VERMA is a very famous writer who can forget him.

Nice participation keep it up.

It great to know about author. Next time try to use only royalty free photo.

Thanks for your suggestion, noted on this.