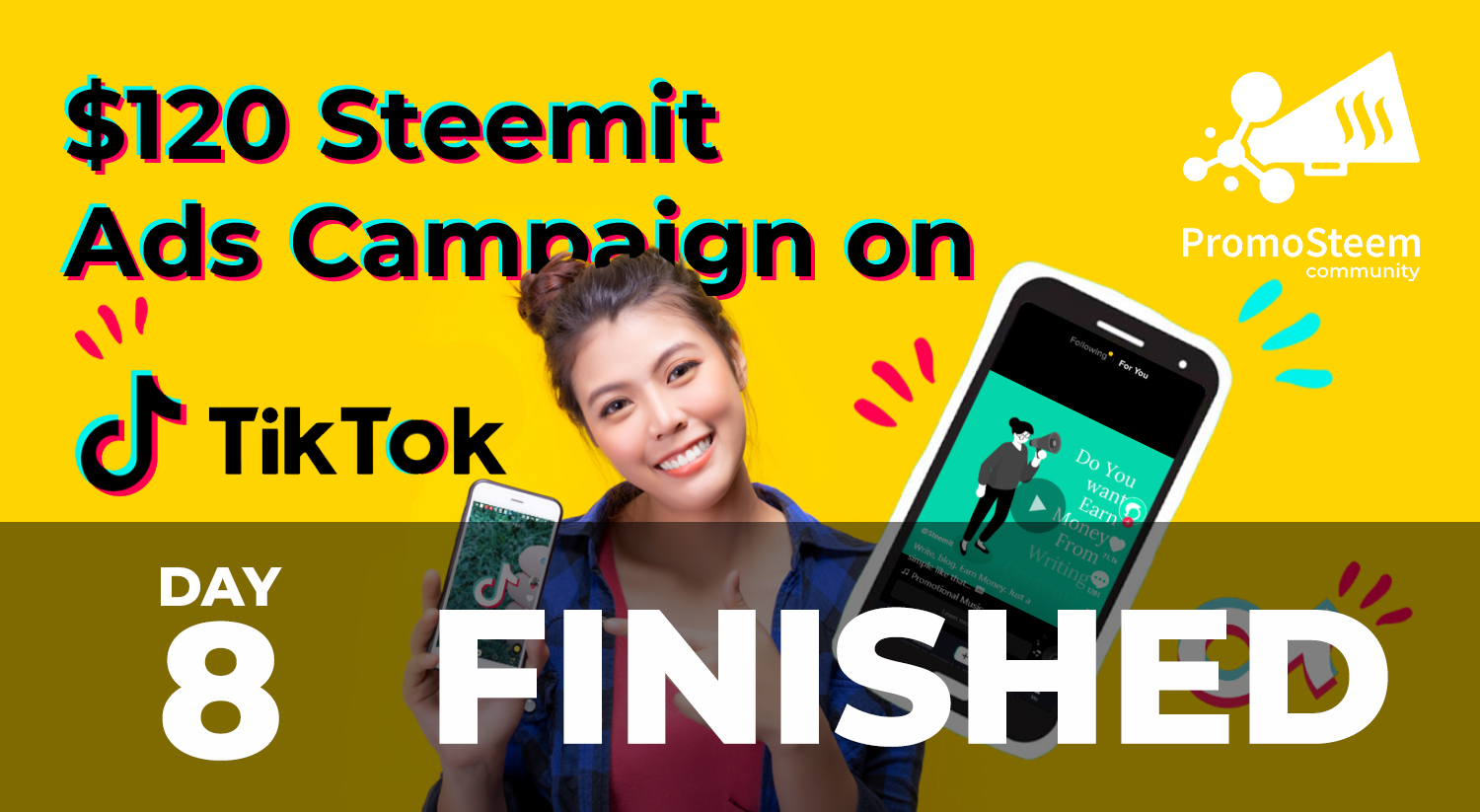 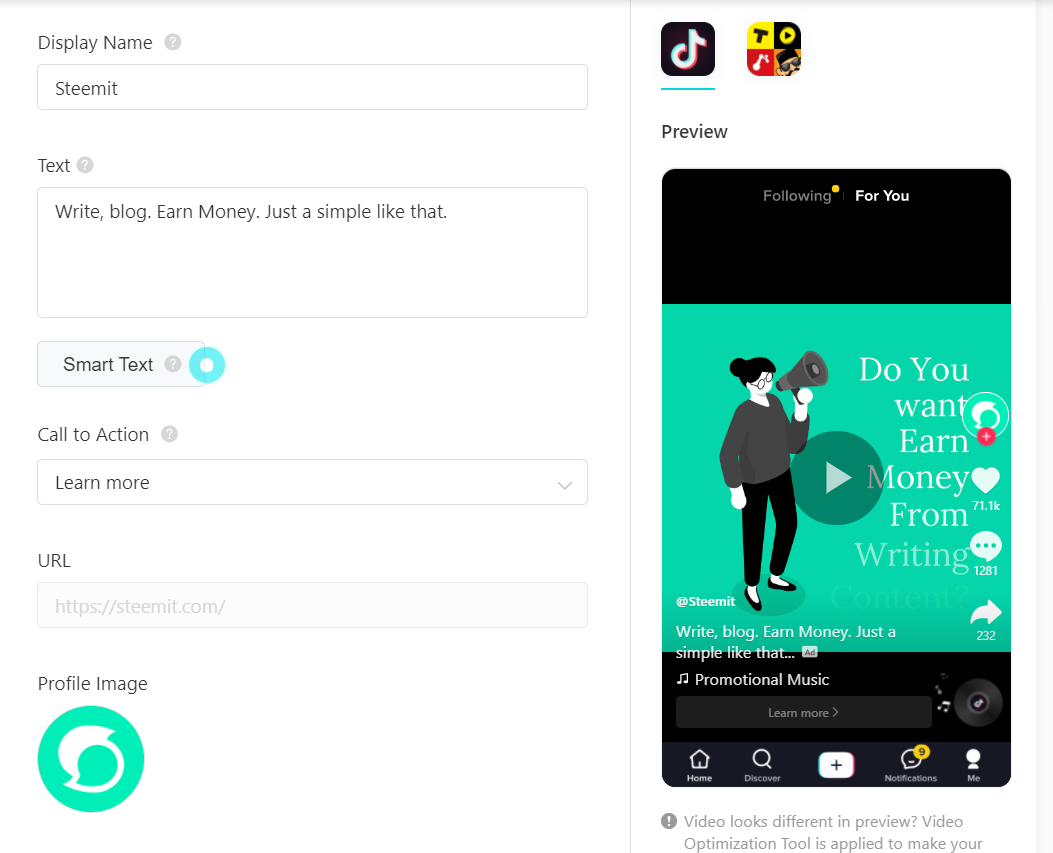 Actually, if the ad is in accordance with the initial settings, then this campaign should have been finished. Because we set the ad from May 2nd to May 9th. However, because yesterday there was an error in the ad content, causing the ad to be rejected and having to submit a new ad. So the ad is divided into 3 parts. Because 2 content was previously rejected by TikTok. So the first day's ad is not optimal because it only runs for about 4-5 hours. Was forced to increase the duration of the day to one more day. So, advertising starts from May 4, 2021 to May 12, 2021. The total duration of the advertisement is 8 days.

2 ads rejected due to URL errors, and 1 active ad

On the 6th day of the post-update yesterday, @steemcurator01 commented asking me to compare the results of my campaign with the campaign on Facebook that was conducted by @arie.steem. I believe it would be great to get new data on the comparison of these two campaigns. We can see which ones are more optimal and which have more potential for advertising.

Considering that my campaign is very very different from @arie.steem, starting from the duration of the day, the target audience, the budget spent and the content created. This will be very interesting to show, and I will report it in the next post.

So, the following is some information from the results of the 8-day campaign.

As you can see, for 8 days our running ads have spent IDR 1,233,755 with the results we get: Total impressions 151,949 with 1,346 clicked links. With CTR 0.88%. CTR is a Click Through Rate which is simply the comparison between users who see our ad and those who click on it, or in other words, how many viewers are interested in the products/services we advertise. A CTR with a percentage of 1 - 1.5 % is considered good, while a CTR above 2 % is considered extraordinary.

So far from the 152,836 impressions data results, TikTok users who are interested in Steemit are still dominated by females 69.71%.

So far from the 1,346 click data results, the total number of clicks is still dominated by females 72.36%.

So far from the 152,836 placement data results, the total impressions based on ad placement by App is mostly spent by TikTok App 100.00%.

So far from the 1,346 Click data results, the total click based on ad placement by App is mostly spent by TikTok App 100.00%.

graph of cost based on ad placement

From the graph above, we can conclude that so far the most advertisements shown are on TikTok App with a percentage of 100.00% with the most iPhone device users 137,322.

And this is the dayparting of the total impressions we receive. This data is displayed hourly in days broken down by weekly. This data is the second week this ad is running. In the graph, we can see that the highest number of views is on Monday, May 12, 2021 at 00.00. As much as 5,242

Overall, from the data that has been seen, I can conclude that this campaign was 70% satisfactory. Why do I say that, because there is a miss leading that I do not apply to advertising. I did not set up the TikTok Pixel, which is a very useful feature to collect data traffic carried out by users, whether it's the total number of clicks to find out how many people arrived at the page we are heading to, and we can even find out how many people have registered. including collecting their username data.

However, I only found out about this after the ad had run for 2 days and the ad could not be edited. Because in the online course that I studied yesterday there was nothing to teach about this. So that I continue to advertise even though the results are less than optimal.

Of the entire budget that I topped up on the first day, which was IDR 1,440,275, all of them were used up and not left for the campaign. The current balance is 0. The results we get from the campaign are satisfactory, if I can, the satisfaction rate is 70%, due to several factors and mistakes that I mentioned earlier.

We will discuss in detail the results of this campaign in the next post which will discuss the comparison of the TikTok campaign that I did with the Facebook Campaign conducted by arie.steem

And also big thanks for supporting me,
steemcurator01**

and you gave detailed information dear. Thanks too and keep it up

You're welcome sam, geep it going on Ghana too

Hey you too! Have a nice day.