The Benefits of Rosemary. 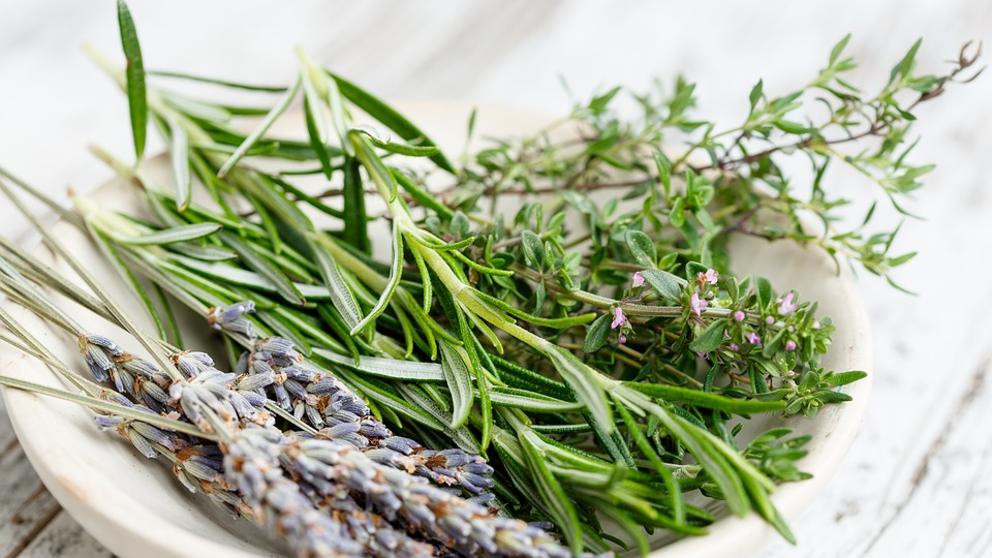 Rosemary is a medicinal herb with many useful properties for health. The beneficial properties of rosemary are mainly due to the active ingredients contained in its essential oil, which is also responsible for the intense fragrance that distinguishes it.

In addition, it is rich in other important chemical components, including those derived from terpene and flavonoids, which together contribute to making rosemary a plant of extraordinary therapeutic efficacy.

Rosemary exerts a stimulating and fortifying action on the body, acting effectively in states of asthenia, that is, in conditions of physical and mental fatigue. Therefore, it is indicated in periods of overwork or after a long illness. These properties make it a very suitable remedy even for children and adolescents.

Rosemary has antibacterial and antifungal properties that help our immune system when the cold and flu season comes. Rosemary and its antibacterial, antispasmodic and antitumor effects, and also prevents the formation of metastases.

Rosemary improves memory, brain function and attention. The plant is used to maintain the immune system, especially for people who have had an important operation.

Rosemary is able to calm a headache and relieve depression, improve sleep, it is recommended that women who have a malfunction of the menstrual cycle take rosemary to solve it.

Rosemary oil relieves cough, cold and flu (nasal congestion, cough and congestion), try massaging one or two drops of rosemary oil on the chest and throat every few hours.

The effects of the active ingredients of rosemary are particularly evident at the gastric and intestinal level, it has marked digestive, aromatic and carminative properties that favor the expulsion of intestinal gases. Therefore, it is an effective remedy for all those disorders related to digestive disorders, even in the case of flatulence. It is also indicated in esophageal reflux, that is, when a passage of acid or even bile gastric juice occurs in the esophagus.

Some people rub with rosemary tincture for radiculitis or other joint diseases. Another good effect of this plant is seen in the stomach, lungs and heart. Very often, rosemary can be found in many cosmetics.

Rosemary allows to obtain good results in the treatment of rheumatic and muscular diseases, even in the case of distortions, in states of muscular hypotonia in general and in the forms of gout.

Rosemary has a stimulating action on the urinary tract, and promotes diuresis and, therefore, is indicated in cases of kidney failure.

Rosemary has a beneficial action on the liver gland: it is choleretic, cholagogue and cholecystokinetic, that is, it stimulates liver functionality and bile excretion. Thanks to these properties, it is used effectively in diseases of the liver and gallbladder in general.

Rosemary is able to exert an effective deodorant and antiseptic action that makes it widely used also for oral hygiene.

Rosemary is used in treatments for premature baldness, to stimulate the activity of hair follicles.

Rosemary is used as a condiment for many meat, fish, salads and sauces dishes.

Rosemary retains all its useful properties even during heat treatment, so it can be added at the beginning of cooking. You can combine rosemary with any spice, except the bay leaf.