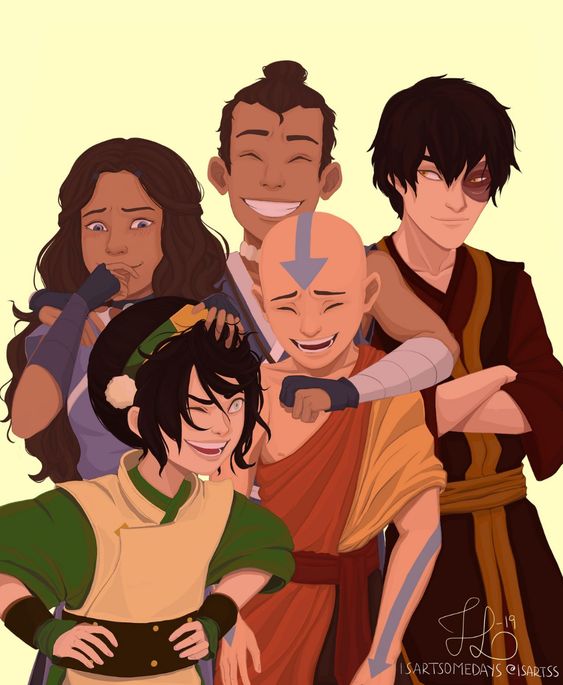 Greetings to all and sundry, for this contest i would talking about a popular kid's tv show which i believe the lot may be familiar with just because it was so nice and popular, was hosted by nickledeon and also won some awards. Before i go on to talk about the series though let me say thank you to @jarcov for the contest and to @raquelsiso1 who drew my attention to this one with her lovely post on death note. I invite @mcsamm to partake in this contest because he knows good movies and would certainly have a good series to tell us about.

The story focuses on the 4 main nations of the world, these nations are like tribes and have specific culture and gifts of bendings of the four main elements thus water, fire, air and earth. The story looks at the rise of a young avatar (an avatar is one who has the power to control all four elements at the same time, there is only one in every ) who was trapped in an iceberg for a 100 years and got lucky to be released by a young girl name katara who was on fishing expedition with his brother sokka.

These three become close friends immediately and go on an adventure to learn the bending skills across the various nations whiles battling the fire nation who had taken over the world enslaving every tribe they conquer. As the Avatar his duty then was to maintain a balance amongst the tribes and so had to put a stop to the fire nation movement. The trio is pursued by the banished prick zuko of the fire nation as he seeks to capture the avatar to restore his honor.

The twist keeps going on and on and the trio gets joined by a third who teaches the avatar earthbending, a protege blind girl named tough. Zuko eventually becomes a part of the avatar team as he realizes the bad of the fire nation and help battle his own father to save the world. Azula Zuko's sister then becomes the new enemy to pursue the avatar team until the final battle where the fire nation is over powered on their most powerful day with the help of the elders of the white lotus and the friends they make on their journey.

The story is an absolute thrill and i can guarantee that if you have not watched it then i would definitely entreat you to give it a try.