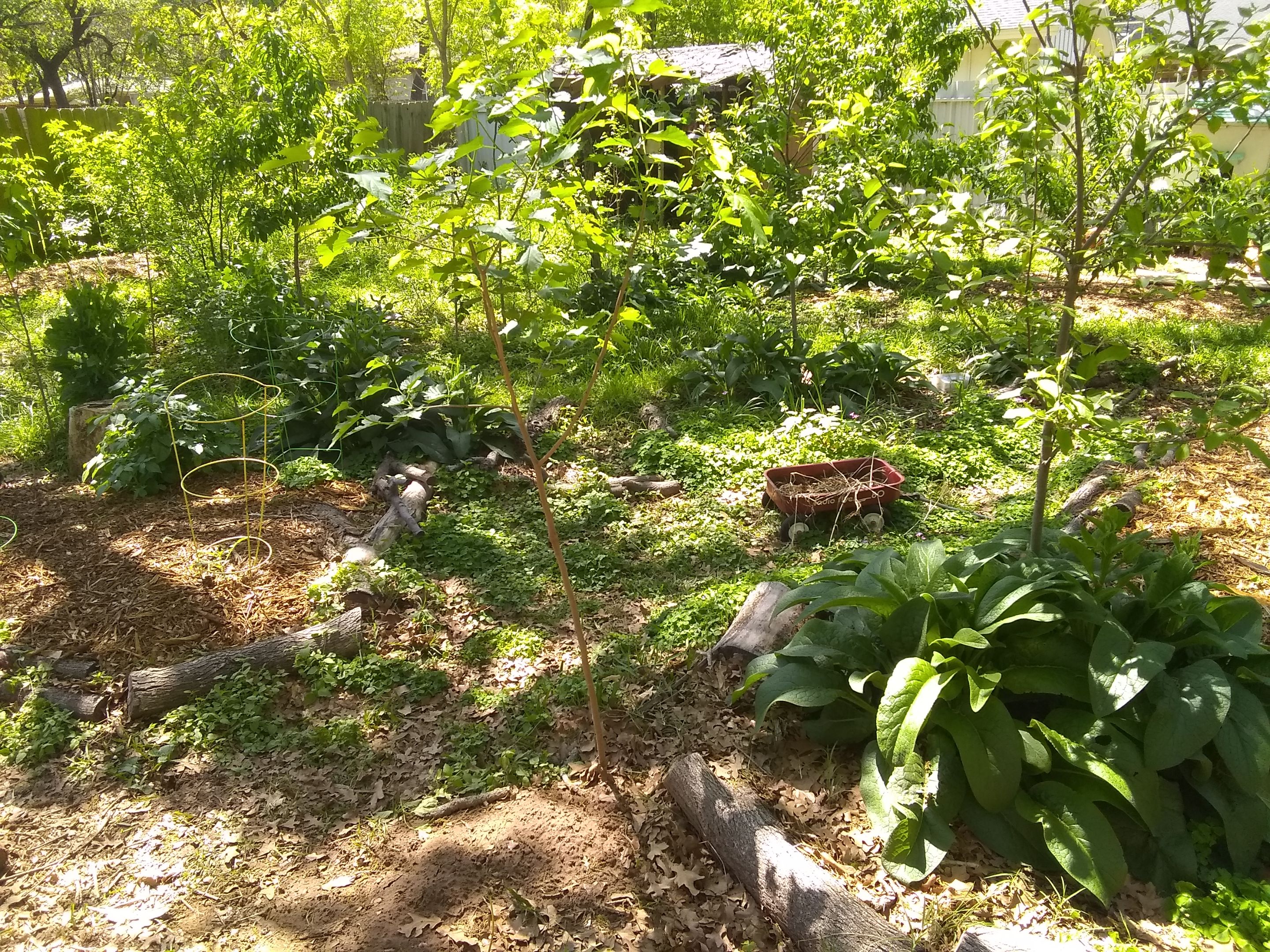 Well, to spoil the story right off, the pig keeper inner kept the pigs in, and now we have pigs. It was a helluva day, and I'm still beat from it.

After eleven hours of sleep, I got up at 5am Saturday morning to take care of things on the homestead and eat breakfast before heading to Oklahoma. My friend moved there from a previous spot this winter, even moving during the snowvid, our pithy name for the giant winter storm we had down here.

Our Saturday was spent partly working, partly touring, partly exploring, and partly picking the pigs. It was a day, to be sure. We started off heading to see the mama and baby pigs in their paddock that they'd just been moved to. I think they're moved about weekly by the looks of things, but I didn't end up asking.

Pigs in the pig farm

After that, we set out to clean around ten cubic meters of composted hay and manure from the chicken coop. That project was split into two spurts with a trip to see the cows on their new daily bit of pasture and the four remaining boars on their new spot. Fourteen boars were lost earlier this month to trespassing hunters. For lunch we got to eat some of the product of that disaster.

Before an amazing lunch of pastured pork steaks and sausage, we put chicken wire around the front yard fence. The holes in the fence wire were big enough for chickens to fit through on their way to poop on the porch. Now they're not. What is it with chickens wanting to poop on a porch? Is this a universal trait? We need to be breeding this out.

Lunch with the carnivore diet families was pork steak and sausage. When I saw my host putting the steaks on the grill, I asked if it was a cow they raised there. When he chuckled and told me it was one of the unfortunate boars, I got giddy. Now I see why they call these animals the wagyu beef of pork. @bobydimitrov, these critters y'all developed over there are impressive. Thanks for letting folks bring em over here, I award you the credit for that.

After lunch, we sat and fellowshipped about stuff and things. I wish I had my phone on me for that half of the day to get a picture of the meat, but I intentionally left it in the truck while working and doing lunch.

Pigs on the pig farm

Corral around the feeder

The final project of the day was to erect a corral around the feeder. This is the part where I realized what I'm getting myself into and found that @goldenoakfarm's warnings were more than I'd imagined. Woah mama, these critters are NUTS. That's okay though, that lunch was very motivating.

We took a look at a fallen bois d'arc (pronounced bo-darc down here) tree in the pig pen after we erected the corral and before catching the boys. I got to keep some persimmon seeds from a few piles of raccoon poop! I love poop. I hope I can grow these trees. I loved the look of the persimmon trees on the farm, they had tons of them. In one spot I told them they should finish a few pics because of all the persimmon and pecan trees in it. Not just forest finished pork, but persimmon and pecan forest finished pork... Wow, I'm hungry now.

Persimmon seeds in raccoon poop on a fallen tree

The corral came in handy for getting my boys cornered. They're strong, fast, squirmy, squealy little fellas. We left the corral up because it'll be used soon for catching and separating the animals to castrate. The feeder is the bait, so one of the two parts was put up around it. I wish I could be there for that. The squealing from catching my two sent all the whole herd into a frenzied mob of four hundred pounds animals, so we left quickly to avoid being eaten.

Pigs in the truck

After the work was done, it was time for recreation. We went out driving and seeing the place, and stumbled on some feral pigs. They were gone when we got back with our guns from the house, but we kept looking and driving around. They took me to some really cool places on the property, I was happy to see the place!

This is Nate in the back of a truck hunting wild pigs.

Pretty view on the farm

I left about sundown and the pigs slept in the bed Saturday night. I was dead tired and they were dead tired, so we mutually decided not to wrastle til Sunday morning. Before bed though, I made damn sure to kill a possum and piss everyone off parading it around the apartment at midnight. Straight to bed from there.

Sunday morning I got the pigs out calmly with a ramp from the tailgate. They immediately started doing pig things, foraging and getting to know the place.

These are our pigs.

These are our pigs.

It's 4pm on Monday (my 32nd birthday) now, so I'm just gonna cut thhis one off. More in tonight's post!

Love from Texas, and remember Waco