Quick trip to the park 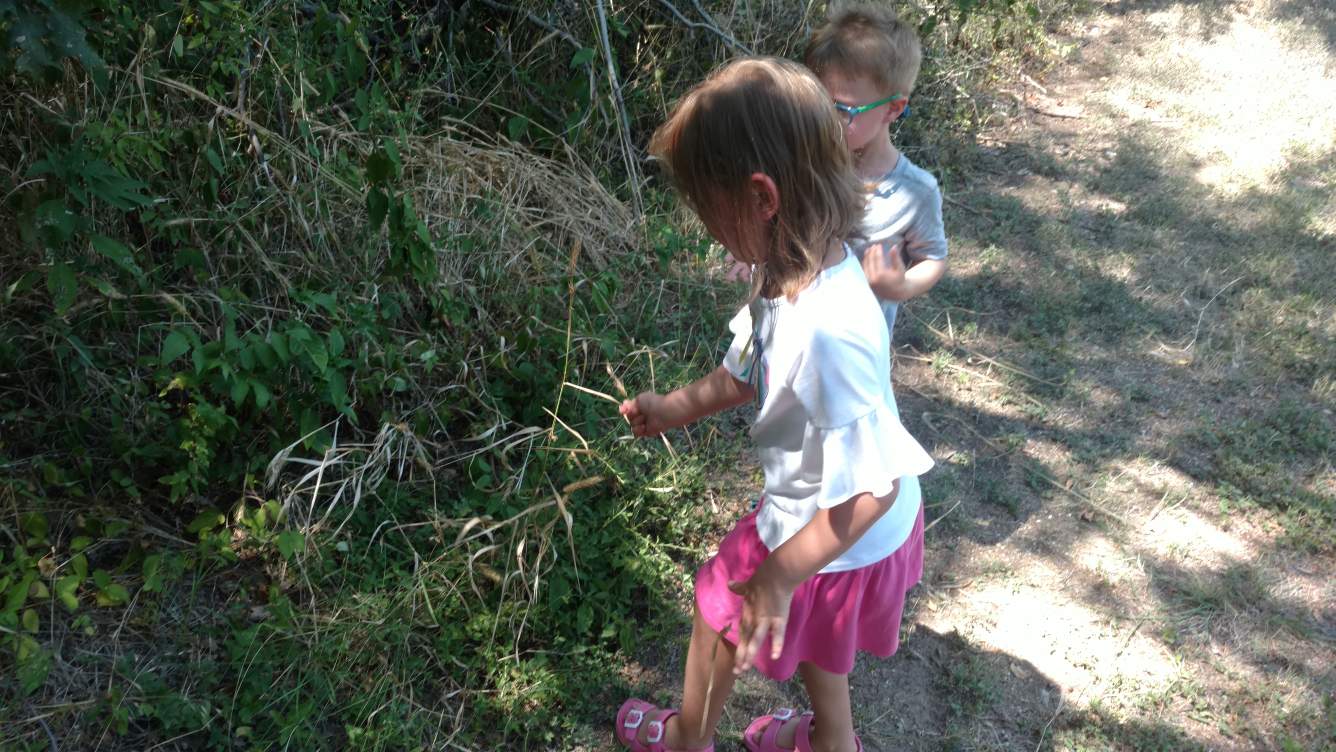 Took the kiddos to the park today. Yeah, the one by the house that I'm always talking about, and the one I've been obsessively posting about the last couple days.

They followed me around the edge while I walked. I was gonna go harvest some sumac, but it's all dried up. Oh well. Next year.

Anyways, the kids found all sorts of fun stuff, and I taught them about poison ivy, which is common there.

She solicited help from Sawyer too, who Sam had talked into filling his pockets with aborted pecans.

On the way out, we picked up three walnuts, likely aborted as well, in hopes of cracking them open and seeing what's there.

I don't know how Soph knew that was wheat. But we picked some in hopes of growing it here. We'll see how it does! It'll make good chicken food :)

Your kids are awesome! Foraging AND seed saving in the same time!

They're pretty cool most of the time! I need to find out how Sophie knew that was wheat... And find out how to grow it in permaculture.

Probably her big brother taught her, or maybe from a book - that's how our girl learns stuff mostly.

Cool you got them out exploring and harvesting. :))

It was fun! They didn't want to be out a long time because it was hot, but everyone had a good time. We're making it a priority to get to the park every weekend now. These kids don't go outside enough.