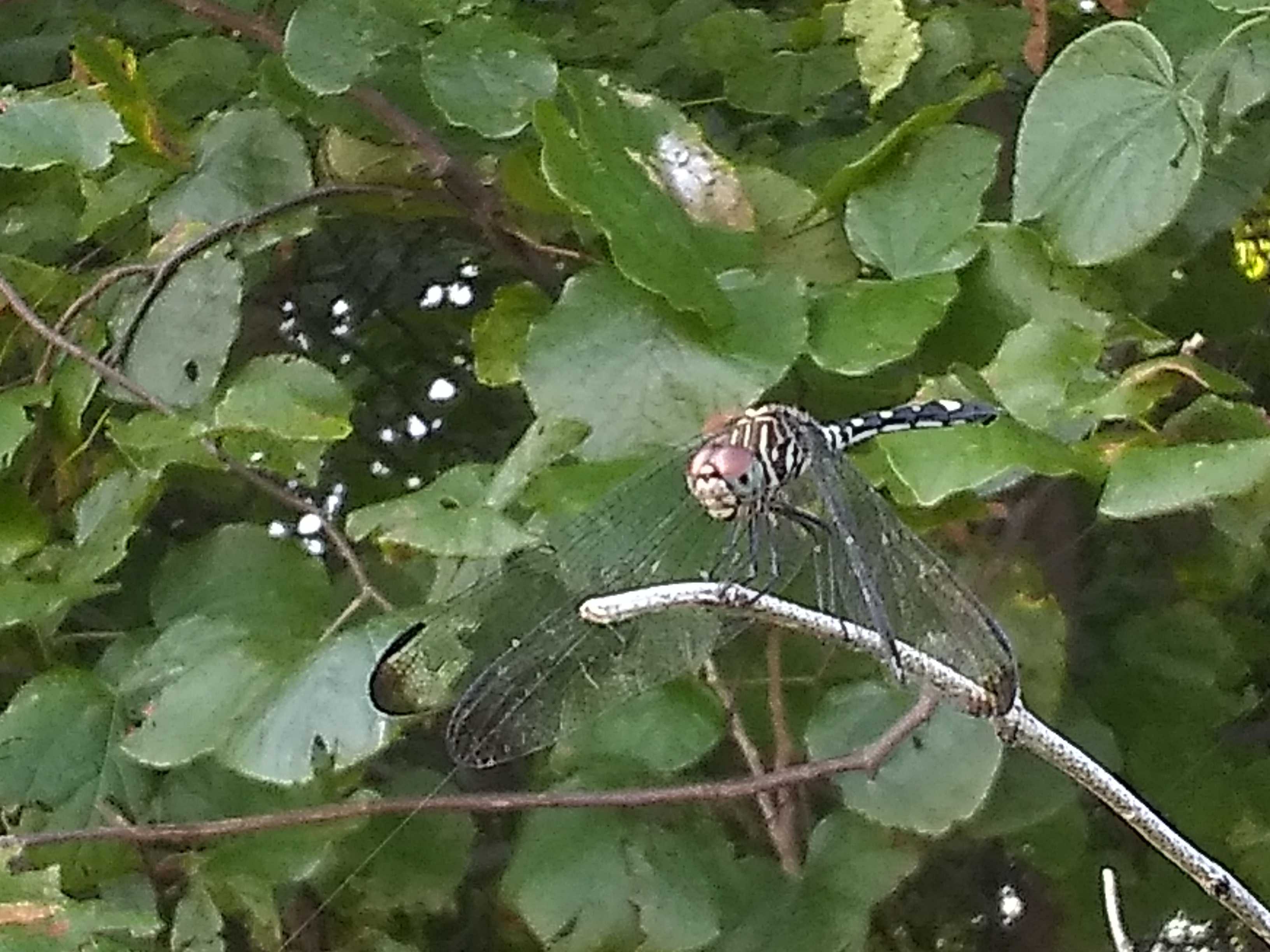 This morning I stopped by the woods. I hadn't been since Saturday, so I wanted to make sure all the trees were still there I guess.

I'm trying to pay attention to details and see how things develop.

There was a little dragonfly in the parking lot. Glad he held still long enough to get a pic.

I've been watching these plums all year. I think k they're called Spanish plums. These seeds will be used back in the big spot to start two locally adapted wild fruit trees. I ate one of the fruits a while back (there used to be a bunch), and it tasted pretty good, even unripe!

That's the big walnut tree. It doesn't have a huge fruit load this year, about a half a dozen nuts at a quick look. Probably more with deeper inspection. Nothing like the pecans this year for sure.

One of the low hanging walnuts.

There's the trunk of a big pecan tree, infested with some hellacious poison ivy. Those ivy branches are coming off of it nearly 2 meters off the main vine! All these trees are right at the edge of the park with plenty of sun, so the poison ivy is having a heyday there. I likely won't interact with this area a lot as far as tending, as it's right in public view.

Looks like a decent pecan load this year. I don't know what a good or bad year looks like for pecans yet, but these are the healthy nuts left after the unfit ones have been aborted.

Good bit of wheat mixed in with poison ivy. I'm making an effort not to harvest anything that's real close to the ivy. Not a problem I want to deal with right now. There's plenty of other places it's at though.

I had 10k steps by 10 a.m., is @will.metcalfe still doing the #automaticwin challenge? I remember that used to be a thing when I was more active with actifit...

Listening to that podcast episode again tonight. It'll probably be one I repeat a few times. Definitely recommend it.

You have accordingly been rewarded 63.5 AFIT tokens for your effort in reaching 14963 activity, as well as your user rank and report quality!
You also received an 0.73% upvote via @actifit account.
Actifit rewards and upvotes are based on your: