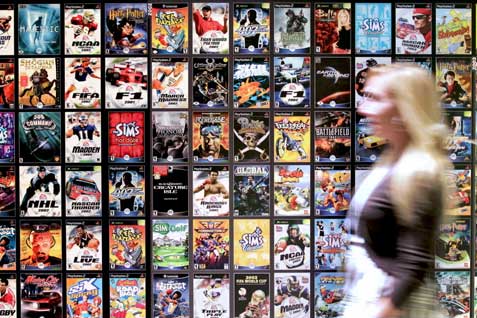 JAKARTA - Game, a word that is quite familiar to the ears of all ages. The term which literally means the game, is identical to various forms of games that can be played by people of all ages. games are usually played on a gadget or set of certain tools, both offline and online, or connected to the Internet.

along with the changing times and technology, the development of the game industry in the world turned out to create business potential with quite extraordinary value, up to trillions of rupiah, including in Indonesia.

"Talking about the development of the game industry in Indonesia can be withdrawn in the period of about 15 yearsat that time it started to look crowded game consoles like Nintendo, Playstation, etc. In those days the game industry in Indonesia was mostly just a distributor, because it was still the era of the game console, "said Chairman of the Indonesian Game Association (AGI) Andi Suryanto to Business, recently.

at that time, he continued, there were no local game developers or developers in Indonesia, because at that time, most people also played more pirated games, because it was related to the high price disparity between the prices of original game tapes and pirated.

"After the era of console games, the era of online games came in, around the beginning of the 2000s. Here the name of the publisher began to emerge, namely companies or individuals who have exclusive rights to publish or market each game titleat that time most of the game products were indeed still made overseas, "he said.

He gave an example of one of the online games that is enough to grab the attention of game lovers is Ragnarok Online. the developer aka the creator of this game is Gravity Corporation, a game company headquartered in South Korea, but the publisher aka publisher PT Lyto Datarindo Fortuna (Indonesia).

"In business, the game industry in Indonesia began to develop, because legal games from outside also began to enterhowever, local developers who develop copyrighted games are still difficult, due to the high cost of developing each game title, although many talents are good enough to make games, "he said.

at that time, he continued to develop just one game title, it could cost Rp10 billion to Rp.20 billion. Now the budget can be IDR 50 billion - IDR 100 billion to make a game with a long storyline and good graphics. this is just development, not marketing costs and others.

"Not long after, around 2002/2003 a local developer appeared, named Matahari Studiosthe company is made by foreign investors in Indonesia who utilize local talents to work on or accept orders for making foreign games, "he said.

in this era, he said, talents began to emerge, who were initially interested in the world of information technology, began to participate in switching to the world of animation and gaming.

"Finally, 2005-2006 began to emerge reliable local developers, even though the business target was still accepting game orders from outside," he said.

however, as time, technology and opportunities developed, game developers with their own copyright began to emerge, until now.

a number of game companies in Indonesia whose work is well known, among others, Agate Studio, Altermyth Studio, Toge Production, Tinker Games, Touch Ten Games, and others.

some Indonesian games that are quite recognized are among others such as Infectonator made by Toge Production, Ramen Chain made by Touchten Game, etc.

he said, along with the growth of smartphones in the world and Indonesia at this time, it has contributed greatly to encouraging the development of the gaming industry in the country, both in terms of producers and consumers.

This industry magnet is able to encourage the proliferation of local developers, including indie developers (not yet in the form of a company). At present there are more than 400 developers with more than about 1000 games born.

and from the consumer side, the number of gamers in Indonesia is estimated to have reached around 40 million until the end of 2013. Inevitably, the business value of this industry has grown dramatically.