Neil Armstrong walks on the MOON!! 50 years ago and other events. 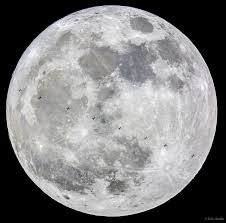 Was talking with that sweetheart Snook today and she made reference to someone we all know and love being in his 40's.

Yuppers I was born on the day that a cocky test pilot turned astronaut named Neil Armstrong walked on the moon. July 20, 1969

I have had it explained to me both ways.
Some have said it went like this: person 1 "Hey did you hear Neil Armstrong just walked on the moon?"
person 2 "Who cares, Naltedtirt was just born!"

While others have it switched around saying "who cares he was born Neil Armstrong just walked on the moon!"

Yes, sir and ma'am, I am coming up on 50 years, half a century, old enough to know better, act like I am 14 half the time, know just enough about things to be a little dangerous to myself or others....lol

I remember once when I was 4, my grandpa told me not to do something and I did it anyway. He said he was going to spank me and I ran out the door and hid behind a woodpile. He pretended to hunt for me but did not find me. I waited behind the woodpile for 10 minutes or so then returned to the house as if nothing had happened. My grandpa did not spank me.

My grandpa told me a story about the first automobile he ever saw. He said he was walking down a country road and all of a sudden a car came around the corner. My grandpa was so scared he jumped a fence, tore his pants and climbed a tree.

Once (around that same time period in my life I got in trouble at my father's parents house. My mom and dad were both there. My Grandma seeing that I was in trouble said: "run to granny, run to granny!"

So I ran to her. She knew my parents wouldn't rip me out of her arms. They didn't.

The time came to go home and it was all smiles...until I got in the car.

My mom and dad took turns beating on me the whole way home. lol

Needless to say I never "ran to granny" again.

ot a big Toby Keith fan but this song kept playing in my head. No, I did not write it. I am using it in this fun post. Never watched the video before until today.

funny thing happened today. I went to the store and got a few items including a 6 pack of my favorite wheat beer. I put the bags in my car and pushed the small carts to one of those "corral" areas.

I could have left a bag underneath but I don't remember seeing one.

Drove home. The way I drive it was only an 8-minute drive.

I started carrying the groceries in. No Beer.

Drove back to the grocery store.

The cashier said, "Did I overcharge you for something?" I said, "I didn't get my beer" as I clutched my receipt. She said to me, "go get some more if you want. Which bagger was it"

The kid that had been bagging groceries ran out the door and across the parking lot. He ran like a bear was after him. He went to a white car and opened the door. I walked out of the store to see what he was doing. My son was with me and said "daddy he has it he has it!!

The kid came carrying the wheat beer I enjoy so much across the parking lot and handed it to me saying "you forgot it in the bottom of your cart".

I teased the lad and said, "you were going to drink my beer weren't you?"

I was glad to get it back but was curious why it was on the seat of his car and not back in the store where it should have been. lol

Once again not a big Toby Keith fan but I do like this song also and since I am talking about beer here is another bar song.

If you shut your eyes and listen to it it might make you think he is singing about some of your friends here at Steemit or on Discord.

Gonna conclude the rambling. "It's my party I can try if I want to" lol
Thanks, friends. Thank you for being here.

This part of history they kinda left out, so don't worry about Neil, he's still having nightmares about having to pick the lock on that damn tin can!

LOL I should have put...For those of you that believed it really happened. lol

Thank you my friend.

& the gift of a lifetime is a good ol' sincere laugh!

Had to watch them all!! ROTFL

Love the last video and the story about your beer is priceless :D

You have the prettiest Avatars!! Thanks much!

Whew! Made the cut 😁 barely! Lolol

Hubby was born exactly 2 days before you!!! He will have to tell you how the next half century I'd on Friday hehehe

Happy birthday 🎂 loved all the stories!

There were no Zombies or Demons so I saved the best for last. You are a bright spot in the day!!

Thank you!! I am gonna go have a listen.

I am naltedtirt
I detect Bots

Nobody messes with grandma, do they?

Maybe that kid had one of those refrigerautos. You know, those cars that become fridges when you're not in them?

Not sure the employee handbook says anything about stashing groceries in you your car.

Are you talking about a transformer type car that is a car but when the battle starts turns into a fridge full of beer so the other tranformers can have a drink after the battle.

Interesting. I hadn't considered a transformer. That adds a whole new element to this story.

But it's quite clear, this kid was stealing your beer.

The young bagging lad was wearing a pin that read "RID" which I am guessing means: ROBOTS IN DISGUISE.

Thank you naltedtirt! You've just received an upvote of 73% by thejollyroger!

Why thank you mr Jolly. I can always count on you to stop by.

Why thank you mr
Jolly. I can always count
On you to stop by.

I am suprised it wasn't a 3 pack when I got it 8 minutes later lol.

Tonight I hit the Haiku jackpot!!

WE HAVE THE SAME BIRTHDAY!!!!!

But I am younger than you! 😍

We rock!! I have heard July 20 babies are the coolest.

If you are any indication it's true.

Happy birthday to you!!! 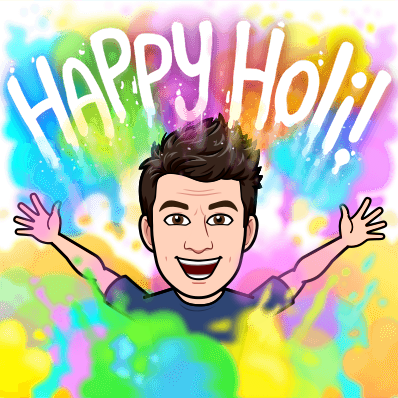 What a colorful response!! Thank you Sir!!

Happy Birthday and welcome to 50... I was an April baby.

You are a diamond birthstone!! That's a good one.

yes, it's just a pity that I can't afford to wear them... but a girl can always dream can't she?

They say "diamonds are a girls best friend"

"I choose coffee, dogs, peace and love" I like that!!

Wishing you an amazing one 😊

*PS: You threw me off with your fiction tag. But perhaps because of that Armstrong character 😉

It all is true. I got up to go to the fridge while it was posting and the fiction tag must have been entered in my absence. 🤔

Wonder how that happened?
Perhaps you were typing FreeWrite and it did an autocorrect on you ;p

I can honestly say....i have never hadva Stevie thrown at me before thank you.

The fiction tag could have been put there to appease the flat Earth readers. Ha

I HOPE YOU HAVE A LOVELY BIRTHDAY!!

You are so sweet thank you!!

Thanl you thank you whoever C-squared my quaint post

Wowzers @veryspider you are awesome and a true blessing

So Toby Keith loves the bar but likes his girlfriend. He could take his girlfriend to the bar then. Enjoying a locally made cold crisp Apple cider when I posted this comment.