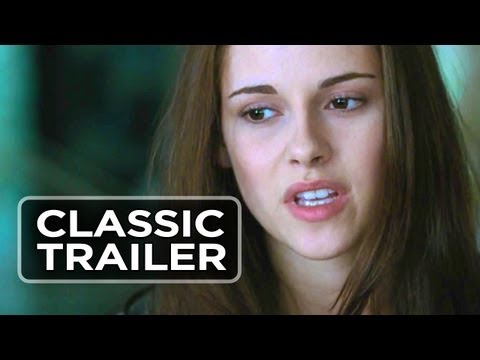 "This epic love spanning time, living on charcoal, and even bloodshed has moved people."

Remember which movie was your "love enlightenment"?

Time passed, and when I looked back, I found:

The plot is dog blood, love triangle, full of various elements without brains,

Even so, you still can't bear to hack it.

In 2008, when I had just entered junior high school, I was inexplicably taken to the "vampire beauty love" wave.

The friends around seemed to be discussing these different thrillers, and they were ready to make their move.

Looking back, I can only remember the smell of the teenage hormones in the air ~

In the blink of an eye, a whole ten years have passed since the first release of "Twilight".

Revisiting "Twilight", "New Moon", "Lunar Eclipse", and "Breaking Dawn" again, I have to admit that I couldn't find the mood this year.

From 2008 to 2012, the "Twilight" series finally wrapped up the ending of this girly dream with more and more scolding and irony.

Although lately, everyone criticized it as a work of adultery by a housewife,

However, it cannot be denied that this epic love spanning time, life, and even flows in blood has actually moved many people.

Bella follows her father to the remote town of Fox, where it rains all year round, where she meets the vampire Edward.

Her smooth and white face, with Leng Jun's sharp corners, dark and deep icy eyes under her long, slightly curved lashes, looked wild and out of control. The bridge of her nose, lips pink like rose petals, her three-dimensional trait. handsome and noble as if engraved with a knife. "

I thought it was just a high school hormonal problem, but in reality, it was destined to be love for a thousand years.

She was the poison, and the blood that she most wanted flowed into her body;

And he is his soul, and the reason for his life is hidden in his breath.

This love is like a combination of a hungry wolf and a sheep.

Breaking through the bottom line of ethics predestined from the very beginning that they would be immortal.

However, most girl dreams will end happily.

Bella completes the transformation of her life, from a girl to a mother, from a human to a vampire.

Now that I still remember the fragment of the wedding, she put on a delicate wedding dress and slowly walked towards the handsome Edward.

"I used to be a sensitive and fragile child, looking for life with great difficulty. The cold material eyes of the city stare at my innocence immorally. When the world no longer has words of justice, I painfully cut off my naivety, and the only way. been lost. Until I find your trace. "

The two of them held hands and completed their vows of love under the pastor's testimony.

They are willing to love and cherish with a heart regardless of heaven and hell, poverty or wealth, health and disease, until the end of life.

When I saw this paragraph again, I was still crying.

Regardless of the plot, "Twilight" finally created the ideal love display for us. Humid and cold forests, men and women with soft faces, sincere and passionate love, soft dappled light, every frame is a beautiful, difficult image. to imagine that someone would not fall in love with him I thought of the passage in the novel "Siddhartha" by Nobel Prize winner Herman Hesse: "I listen to the arrangement of soul and body, experience sin, pursue lust and wealth, crave futility, fall into in the most shameful of despair, learn to give up to the struggle, and learn to love the world. I no longer associate this world with what I wish. It is a comparison of the world that has formed perfection, but accepts this world,love it, and belong to him.

After meeting Bella, Edward gave up on sticking to his inner principles and core, tasting all the fruits of the world together, and loving and getting to know each other in eternal time. Due to Edward's cold demeanor, Jacob waswolf has a chest and compassion. He was secretly guarding Bella like a knight, never leaving, living and dying. There must be "love" between them, but this love cannot be called "love". Time goes back and forth, and the gears fate would ultimately make him and Renise May Carrie Cullen become branded lovers.

Every time I watch "Twilight", the feeling that comes out of my heart is extraordinary: On a gloomy rainy day, lying lazily in bed, holding steaming chocolate milk tea in his hands, reading mysterious fairy tales under the orange light. a trail of cruel erosion, or a little secular pollution. There is only warmth, hope and luck in my heart, and the dusk calmly rises, adding to the feeling of love in this cold real world.

In 2009, the two were photographed kissing.

In 2010, Robert first revealed the identity of the couple to the media.

In June 2012, Robert successfully proposed to her, preparing to complete the wedding after filming the final part of "Twilight Under Breaking Dawn".

Like countless fans, I look forward to watching the sacred and warm wedding scene with high hopes.

Despite the brief recombination, Robert chose to end these four years of “Twilight Love.” After the two separated, Stewart announced that he would be leaving in 2014, cutting off his signature brown hair, and walking in a neutral breeze.

Although this leaves countless Twilight fans feeling heartbroken, film is a movie and life is life. It is undeniable that during the shooting stages of the "Twilight" series, the two of them were like glue, as if one another was their world that Many media photograph the two of them on weekdays, and Robert always looks at Christina with affection, with a smile and satisfaction in her eyes. This makes their love drama appear very natural and real in front of the camera, and can be said to leave a beautiful testimony.

Now, ten years have passed quickly, Christine and Robert have become intimate strangers of lovers; Most of the junior high school students who took part in the drama have also finished their university studies and left campus; And the beautiful pictures that once melted many people has now been vomited out in succession:

I have to admit that sometimes the classics really can't look back. Because of the love and affection that lingers between the two in the film, it's always a shame to think about reality.

And as we get older, most of us can't keep up the same hopes of meeting our own Edward. Therefore, we started mocking the "Twilight" series mercilessly, as if we were mocking our innocence at the time. love with a handsome, dedicated and superpowered young man is the dream of every young girl in love.

After listening to Christina's gentle and loving singing again in the theme song "Thousand Years" of "Twilight", she couldn't help but sigh: Love always starts from a momentary accident, but to try some kind of immortality.

The reason why people feel happy may be because hope and courage are in the bones.

special thanks to the lifestyle community curators: