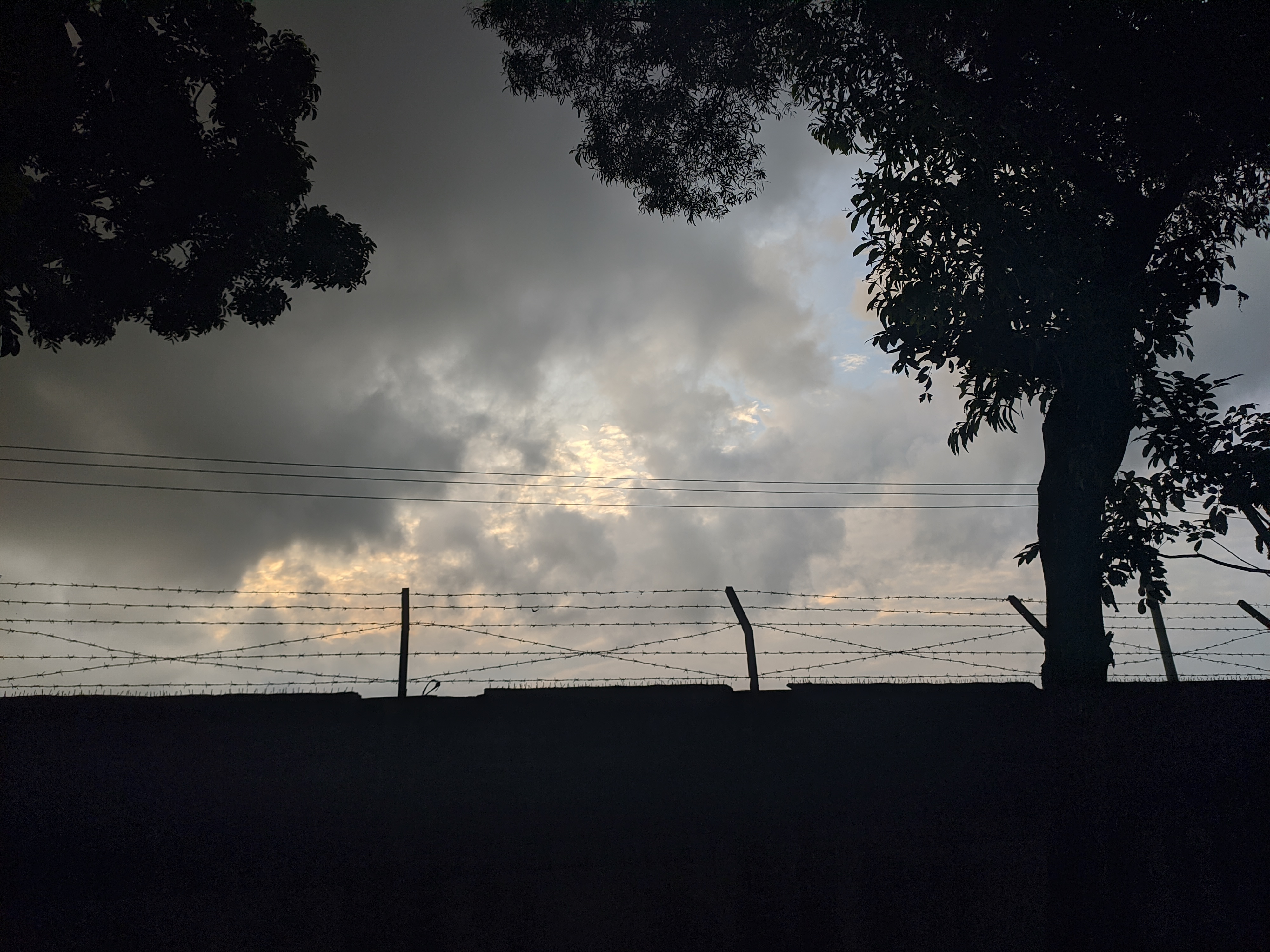 Today I woke up late in the morning. There's no one who could woke me up like previous day. I was alone in the home. I get up from bed. I went towards washroom. I took my brush and added some toothpaste on it then started brushing my teeth. After finish brushing my teeth I came to my bedroom. I made my bedroom. It was all messed up. Then I went to another room. There was my sister's fish aquarium. I feed the fishes.

I was hungry. I had to prepare my breakfast. I was thinking what I should make for my lunch. I thought of making Khichuri because thats my favorite dish. I started making it. After 15 minutes It was cooked. Then I fried egg. I washed all the dishes. I was sweet. I changed my clothes and took some rest.

I had my breakfast. I was feeling bored alone in home. I went outside for a walk.

I was walking. Then I called @saany and @boss75 for company. They joined me. We walked for sometimes. Suddenly rain started. So we searched for a shelter. We found one. We sat there.

@saany had some work in the market. So he left us. Me and @boss75 was waiting for him. After an hour later he came back. He bought cold drinks with him for us. We thanked him for that.

After sometime later I came back home. Suddenly I received a call from mom. She told me that my father bought a ticket for Dhaka. I need to catch train at 3pm. I had only three hours in my hand. I took a bath. I changed the water of aquarium. I asked @saany that If he could take fishes for somedays. He agreed. I handed over him. I had to prepare my baggage. I was very busy. I finished packing. Then I dressed up. After an hour later a 3 wheeled vehicle came for me. I locked all the doors of my house. I leaved my house.

Photo Description:I was going to the railway station by three wheeled vehicle. At that time I took this picture.

After 15 minutes I reached station. There was already my train arrived. I get up in the train. Ten minutes later the train started moving.

Photo Description:I was searching for my seat. I found it a few minutes later. I sat down on my sit. At that moment I took this photo.

I had a long journey for six hours. I passed the whole time by sleeping, playing games and watching the out view of the train.

After that I took a rickshaw. I went for my house. After 15 minutes later I reached home.

That's all for today. Thanks for reading my diary.

A mentionable breakfast as well as description. A lot of photos have been made your post more extraordinary.
Keep sharing.