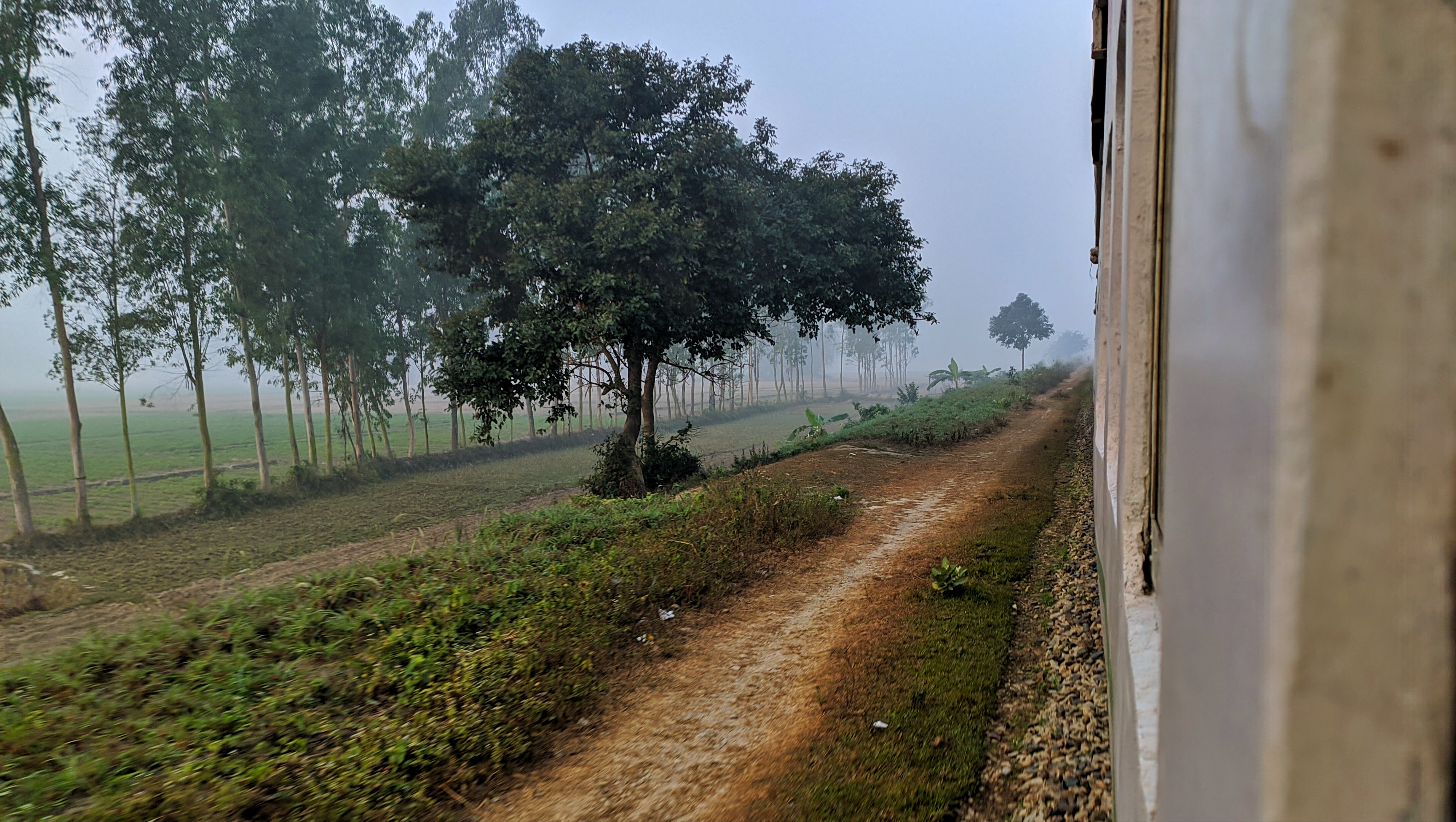 Today I woke up 6:10 am. Yes you read that right. I woke up early... not early its super ultra early for me. If you want to know the reason we have to go back to yesterday's night.

Yesterday I got a call from @alaraf. He told me that he and some of his friends will go to Kholahati to have Khichuri. If you read my previous diary you might remember that how much I love Khichuri. So I agreed to go with them.

He told me that they will catch 7 am's train. I didn't take any chances. I set the alarm for 6:10 am. I was worried about my alarm. I am not used of alarm. I heard the alarm. It was very cold. I checked the temperature. It was 10©.

I got up from bed. I was shaking. Some how I managed to go to the washroom. I started brushing my teeth. I couldn't feel my hand because the water was too much cold. After that I got ready and went outside.

There was @alaraf standing outside near @saany's house. He was calling him. I went towards his house. @saany didn't woke up. He woke up when we called him. Few minutes later he came. Then we went through the main gate.

We were standing beside the main road. We were finding a vehicle. We had to go to the railway station to catch our train. We were already late. Few minutes later we got one. We got up and went for railway station.

We hurried, otherwise we will miss the train. We got up in the train. We went to a cabin where we can get sits. We got a cabin. There were empty sits. We sat on our sit.

I sat beside window because I love to watch window view. Few minutes later the train started moving. I was looking outside the window taking window views. I had no words to say. After 30 minutes later we reached to the Kholahati railway station.

We got down from the train. Kholahati railway station is very beautiful. We started walking. We decided to see the station. We walked for a while then we thought of taking pictures. We took pictures together for a while.

After taking pictures we felt very hungry. So we decided to go to a hotel. There was a hotel they used to go there when they were at college. We went there. We ordered Khichuri. Few minutes later we got our food.

There's a funny thing I noticed now that I cut my head while clicking this picture 😂. So back in diary. We started having Khichuri. It's taste was decent. We ordered egg to eat with Khichuri.

We ordered another plate. We were very hungry 🐸. We had our Khichuri. We were full. Then we ordered tea. Few minutes later waiter came with our tea. While having tea we were chatting with each other.

After 10 minutes later we reached to the college. The college's name is "Kholahati Cantonment Public School and college". This college is controlled by Bangladesh Army. So this is a restricted area for outsider. We couldn't enter the college.

Because of that we took some pictures outside. After taking pictures we thought of go back to home. But there wasn't any train at that time. So we decided to go by van. We walked for sometime. We went to a place where we can get van. We hired a van the came back home.