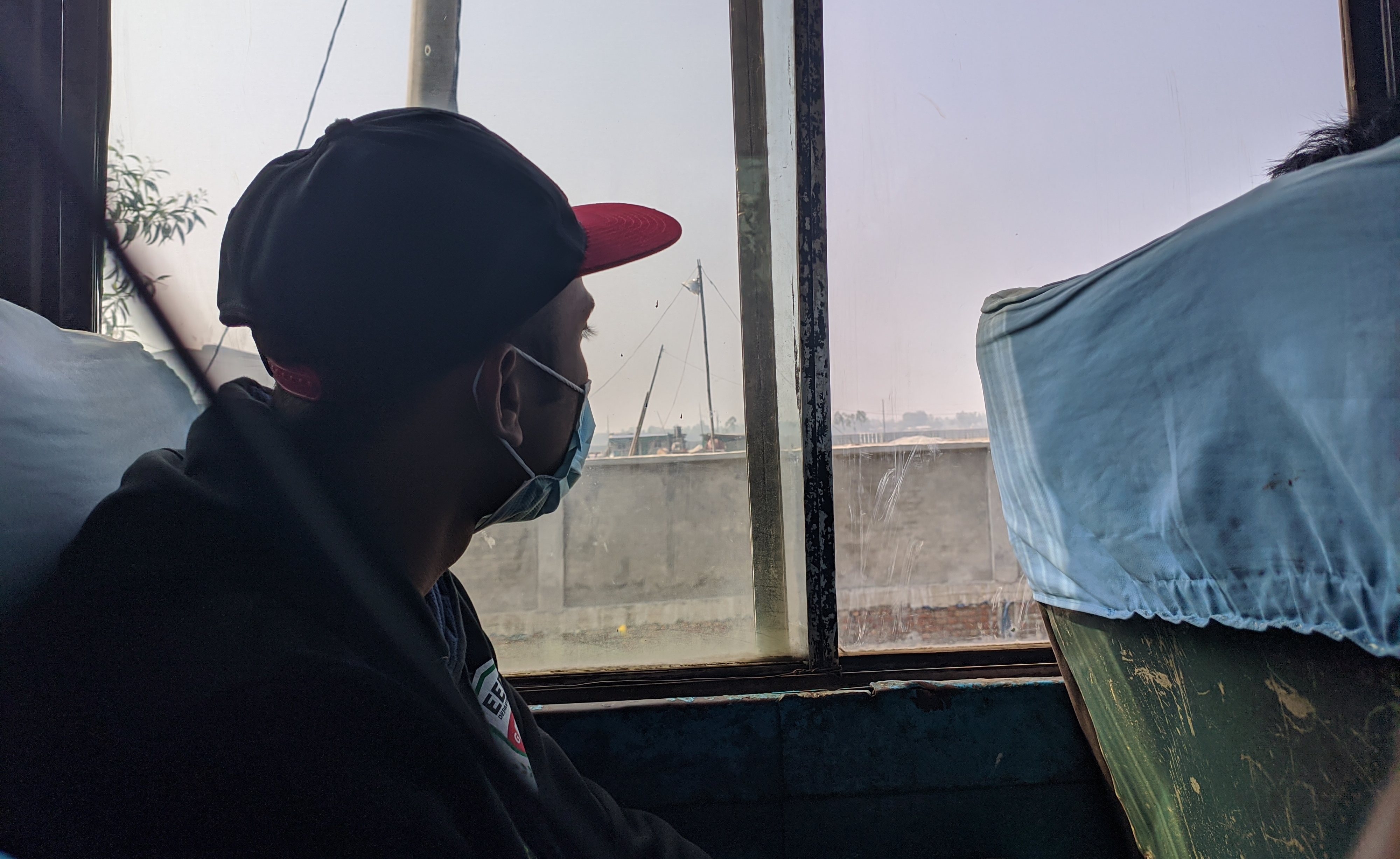 I came to my room. My bedroom was messed up. I made my bedroom. Then I sat on my computer and started playing game. I was playing Horizon Zero Down. It's a nice game. It's a ps4 exclusive game. I passed some level yesterday. I was going to play another level.

Few minutes later my mom came with my breakfast. I got up from my computer table and went for wash my hand. I had my breakfast. Today's breakfast was very tasty. Today my mom made pitha for breakfast. After breakfast I washed my hands.

Yesterday @saany told that he have to go to Saidpur to get his parcel. He messaged me that he will go at 11:30 am. It was 11 am. I had only 30 minutes. I changed my clothes and went out. He was waiting outside. We went to the bus stand.

We get in the bus. We took our seats. We were waiting for the bus to start. Few minutes later the bus started moving. I thought of watch something in my phone. So I started watching a webseries. It's name is Taqdeer. It's a Bengali webseries. I watched 1 episode. Very nice concept.

Few minutes later conductor came. He was collecting fair. We paid the fair. Then I started watching outside. The window view was very beautiful. After 20 minutes later we reached Saidpur. The bus stopped at Saidpur bus stand. We get down from the bus.

It's one of the most popular market. We were watching outside. We were talking with each other. After 10 minutes later we reached to our destination. We get down from the auto. We paid the fair to the auto driver.

We were at Saidpur Railgate. It's a very busy road. A lot of vehicles crossing the rail line. People were also crossing the road. Very risky place. We were about to go to the Saidpur Plaza. Then we decided to eat something first.

So we thought of going to one of the famous restaurant of Saidpur. We don't know where it is. So we opened google maps. Searched the location of a famous hotel. It was near. It was 5 minutes away from us. We started walking. 5 minutes later we reached.

The hotel was very crowded. The people of our country never follow social distancing. The hotel's situation was also same. We entered the hotel. We went to the washroom and washed our hands.

After ten minutes later the waiter came with our biryani. The biryani looks decent. Not so good not so bad type. We started having our food. Then only gave 1 piece of goat meat and 1 egg and they were taking high prices for that. Very disappointed.

We had our lunch. The kacci wasn't that good. We paid the bill then came out. We were getting late. We needed to get the parcel. So we started walking for Saidpur Plaza. We walked for 10 minutes then we reached there.

@saany's friend will come with his parcel. He called his friend and informed him that we reached to the Saidpur Plaza. His friend told us that he needs some time to come. So were were walking around the mall.

Few minutes later his friend come. @saany took his parcel. He checked his parcel. Then we said bye to them. We took an auto and came to the bus stand. We get up in the bus and came back home.

your post has been upvoted by @steem-bangladesh courtesy of @tarpan

You have been upvoted by @tarpan A Country Representative from BANGLADESH we are voting with the Steemit Community Curator @steemcurator07 account to support the newcomers coming into steemit.