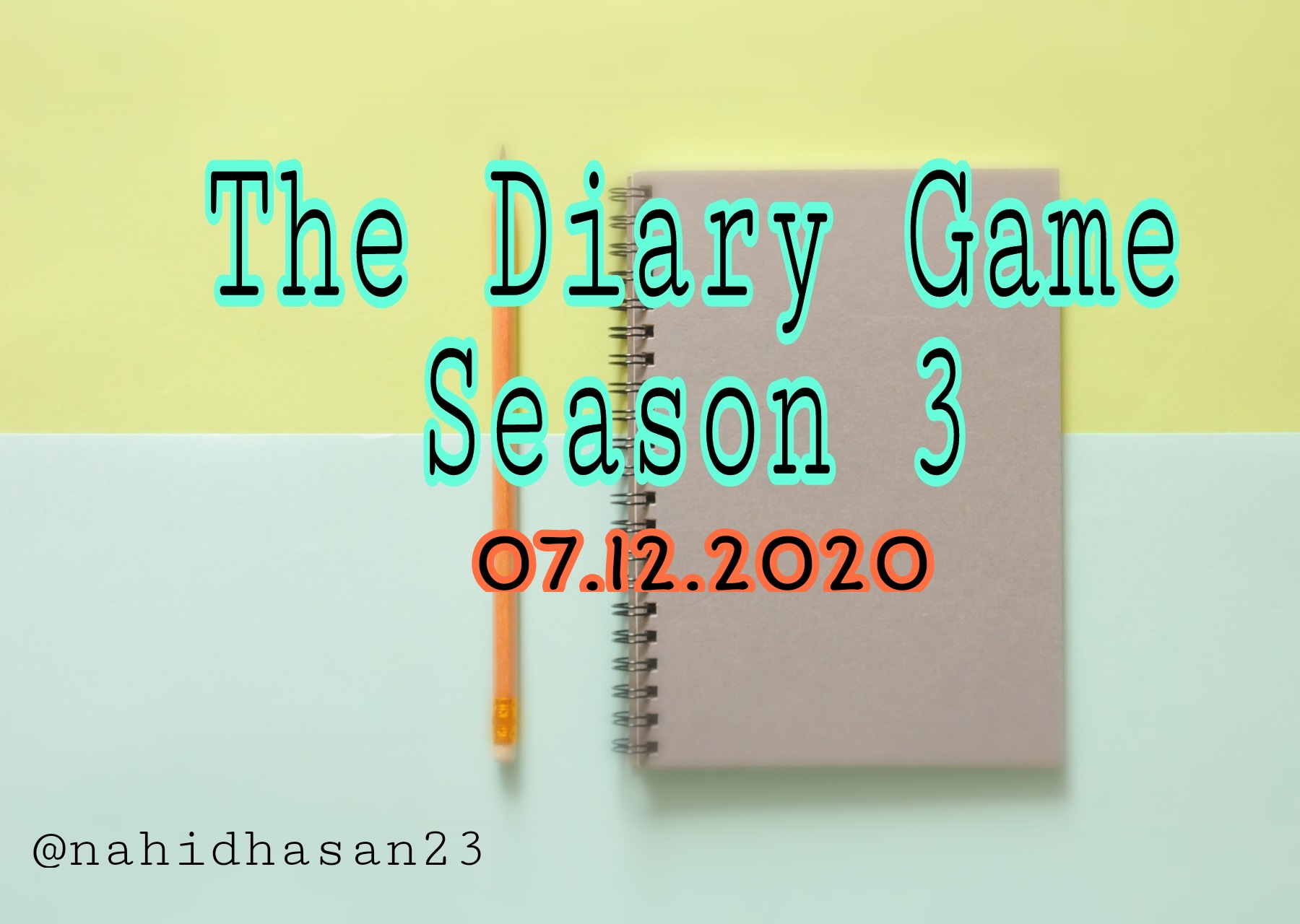 Today I'm going to write about today's diary post. So don't waste any time and let's get started.

Today I woke up late 🙃. Yes you heard right. I was back in my habit again. In winter season it's hard to wake up early because it was very cold 😬 in early so I couldn't hold my self without waking up late. I got up from bed. Then I took my jacket and wore it.

I took my phone and started using steemit. I was checking notification. I replied some comments on my post. My mom came with my breakfast. She told me to eat less because I'm getting fat day by day 😅. That's why she gave me less food for breakfast. Seriously? 😕. I started having my breakfast. Today my mom made ruti and vegetables. I had my breakfast. Then I went to kitchen and washed my plate.

Photo Description: We were standing outside the road. We were waiting for a van. We saw that a some people was filling paddy straws on van. They will transport it to market and sell it.

It's been so late 😤. I think all the vans were busy for carrying straws. It's time for cutting peddy. After 15 minutes later we found a van 🥱. We told the van whete we want to go. We got up in the van.

Photo Description: We were going to the market by van. It was very foggy and cold. I felt very cold because I was sitting front of the van. All the cold wind was passing through me 🙁.

Photo Description: We almost reached there. We were passing by @sohanurrahman's house. We suddenly saw him outside walking. We stopped the van and told him to join with me. He came with us 😁.

Photo Description: We finally reached out to new market. We get down from an. I paid the fair to van driver. Then we started walking towards cafe.

We were going to search for a cafe. We found one. We entered that cafe. There was a man busy on his computer. I asked him about the admission form of the school. He told me that the school didn't start distributing form yet. I became a little disappointed 😔 but then I realized that today is @sohanurrahman's Birthday. My time didn't waste 😁. We told @sohanurrahman for treat. He denied. We tried to manage his treat but our all effort went to vain. He is very stubborn. Instead of giving us treat he took treat from us 😒.

I told @that I give them treat for his Birthday. So we decided to go to a hotel. We found a hotel. It was very crowded. We then found sits for seat. I order rosomonjuri (A type of sweet). @saohanurrahman was having sweat.

We had treat given by myself 🙃. We got up and went for wash our hand. I paid the bills. Then we went out from the restaurant. @sohanurrahman wants to have a drink from @saany. This treat wasn't enough for him. He wants more 😒. @saany agreed.

Photo Description: @saany said he didn't have money at that moment. He have to cash out from his bkash account. So we went to a Bkash agent for cash out. @saany got the cash.

We then started walking. This time we decided to try another restaurant. We went to the best restaurant in town. It was in 3 th floor but there's no lift. That's very disappointing 🙄. We went to the 3rd floor by foot but it's good for my health.

Photo Description: We entered to the restaurant. There was enough sit for us. We sat on a table. It's @saany's turn to order. He called a waiter for menu. He ordered lassi (A drink that made by milk and yogurt).

After 10 minutes later a water came with our order. He served drinks on the table. We started having our drink. It tastes good. Then @saany called the waiter and paid the bill. He also gave tips to the waiter. The waiter smiled. Then we went out from restaurant.

We were getting late for home. So we decided to go back home. We searched for a van. This time we found van quickly because we were in the market ☺️. We got up in van. We dropped @sohanurrahman to his home then we came back home.

I came to my home. I was a bit sweaty though it's winter 🐸. I thought of taking a bath. So I told mom for giving me hot water for bath. Then I started playing games on my phone. After an hou later my mom gave e water for bath. I went to bathroom. I tasted the temperature of the water. It was over heated, so I added some cold water and balance the temperature. Now it's a good heated water 💦 to bath. I had a nice bath.

After bath I came out from bathroom. It felt very nice to bath with hot water. I went to rooftop for drying my clothes and towel. I stayed there for sometime. I was taking sun rays. Then I came back home.

I was very late for lunch. I asked mom for lunch. She gave me lunch. Today I have chicken curry and rice for lunch. It was very delicious. After having my lunch I went to kitchen and washed my plates. Then I came to my room. I felt very sleepy. So I went for sleep.

Location:https://w3w.co/lavas.downgrades.turbo
Photo Description:I slept for an hour. I woke up at afternoon. I went out for playing cricket. I was in @tarpan's team. Today we played two matches. We did very well though we lot. But it was very fun to play.

It was becoming dark. So after playing cricket I came back to home. I went to washroom and washed my hands, feet and face. I became fresh. Then I came to my room. I layed on my bed. I started using steemit. I was checking notifications. I was hoping some votes from the curators but I think they missed my previous diary post.

Location:https://w3w.co/examine.surmises.economical
Photo Description: I was very hungry. My stomach was making noises. Suddenly my mom came with snacks. Today she made Bora for snacks. The snack was very tasty.

I had my snacks. Then I started playing games. Few minutes later @sohanurrahman messaged me for playing Badminton. I told him to come in at 6:30pm.

Location:https://w3w.co/touched.composted.volleyballs
Photo Description: At 6:30 pm @sohanurrahman came with his friend. I went out for playing badminton. We played a lot of matches. I only lost 1 match. We had a lot of fun.

After playing badminton @sohanurrahman left with his friend. Me and @saany took all the stuffs inside then we switched off the lights. Then I said bye to him and came back to home.

Nice diary. Instead of giving you treat, I took treat from you and @saany 😆😆😆. It was a great day for me. Thank you very much.

You are welcome ☺️